Jurgen Klopp has made six changes to his Liverpool lineup to take on Genk, with Naby Keita among those to start in the Champions League.

The Reds return to European action for their second meeting with the Belgian champions, though the Genk to arrive on Merseyside is starkly different to that which lifted last year’s First Division A title.

Out of form and short on confidence, the visitors are undoubtedly underdogs for this tie, which puts the pressure on Liverpool to perform.

Klopp has altered his side to that which won 2-1 at Aston Villa at the weekend, though he had already confirmed in the buildup that Alisson was keeping his place.

In midfield, Fabinho returns to the No. 6 role, to be supported by Gini Wijnaldum and Naby Keita.

The manager has named Curtis Jones among his substitutes at Anfield, with Sadio Mane and Roberto Firmino also options to turn to as the clash goes on.

Jordan Henderson misses out due to illness, which hands Jones a big opportunity having sat out the under-19s’ 1-0 loss to Genk earlier in the day; he could make his Champions League debut tonight. 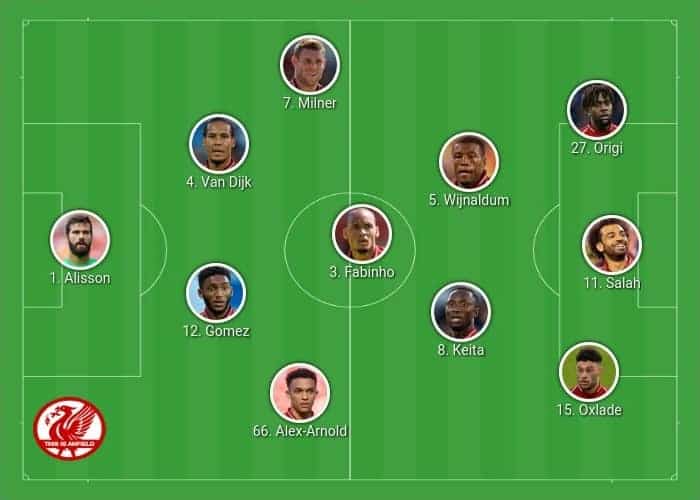