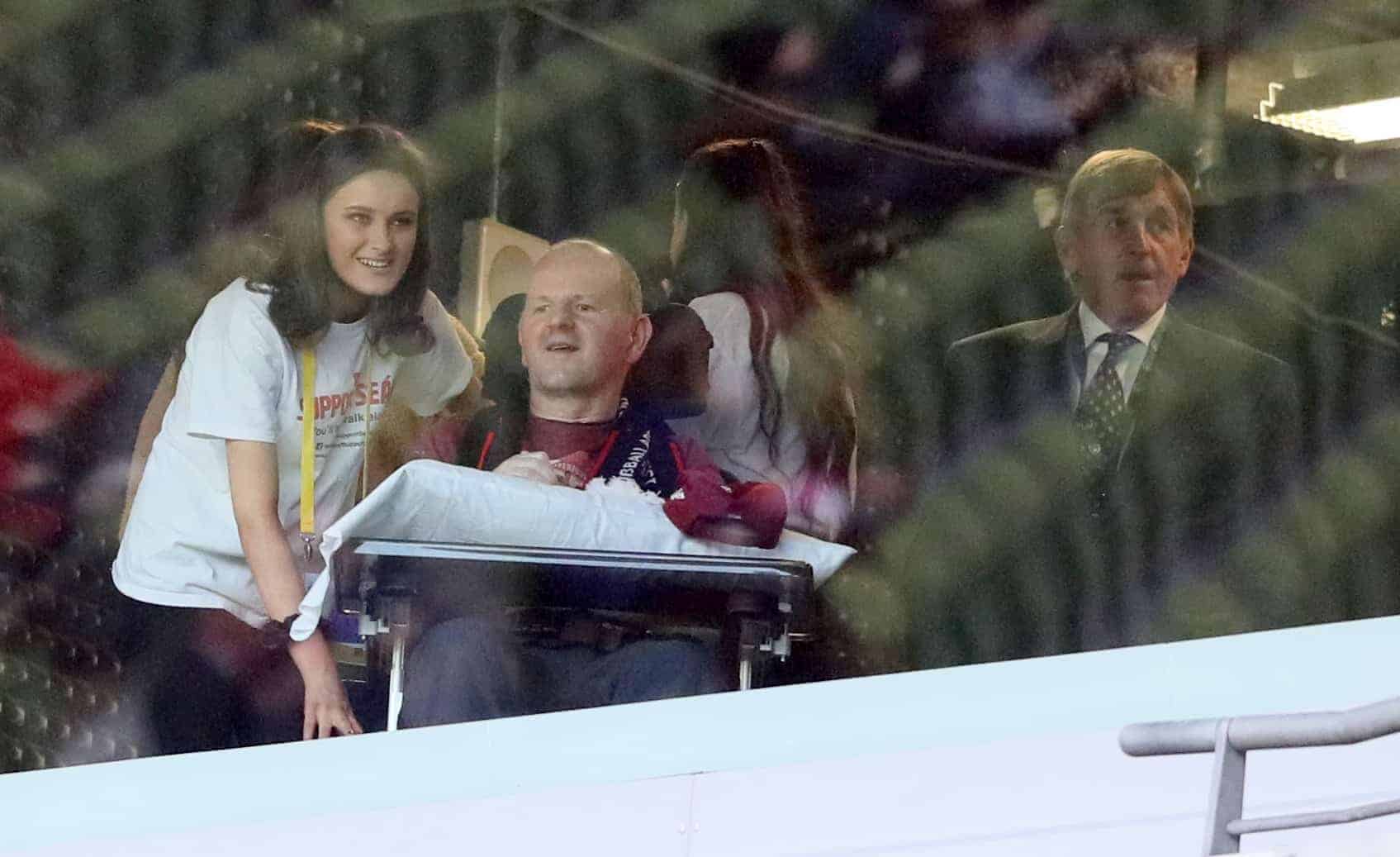 Jurgen Klopp has confirmed he plans to meet Sean Cox before Liverpool’s clash with Man City on Sunday, as he makes his first trip back to Anfield.

Cox suffered life-changing injuries during an attack from Roma fans before the Champions League tie in April 2018, and has required ongoing treatment since.

The 54-year-old has made slow progress in the following year-and-a-half, and attended a Legends game in Dublin earlier this year, but until this weekend has not returned to Anfield.

Liverpool invited Cox and his family to be guests for the visit of City, and speaking at Melwood, Klopp reflected on the incident and said he “really wants” to meet the Irishman before the game.

“When it happened to Sean it was probably the lowest point for me in my whole time at Liverpool,” he said.

“The love that Sean and his family has for this club, and for football, I hope that it gave them all strength and hope in the recovery time.

“We all know it’s not finished yet, it’s still a long way to go.

“That he wants to do that, for me, coming from a really low point, is one of my highlights since I’m here.

“It’s really nice and I’m really looking forward to it. I hope we can organise that we can see him for a couple of minutes before the game, I really want to.

“How the Liverpool community dealt with it, I hope he feels that.

“I hope that we don’t only sing You’ll Never Walk Alone, [but that] we really live that.

“In this specific situation it was very important to show that, and I really hope they felt that the whole time and in the future we can help him with his recovery as well.”