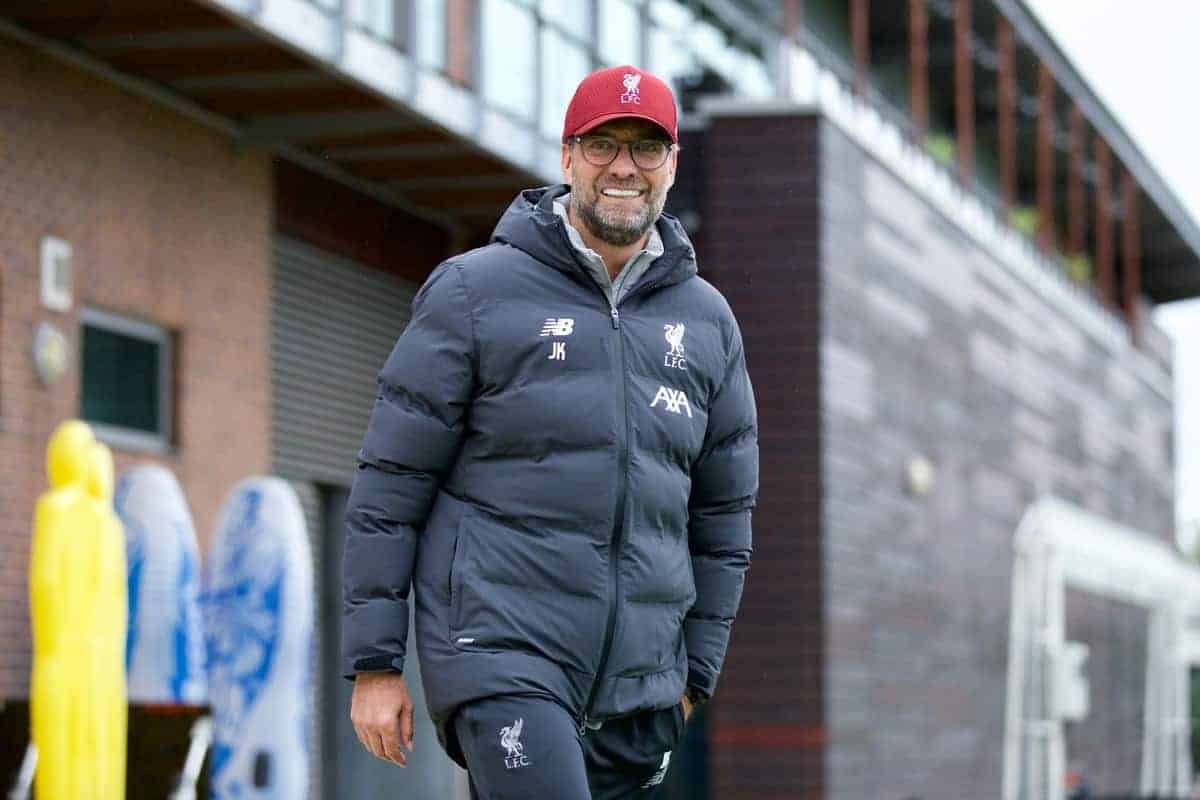 Klopp welcomed Matos to the club in October, with the Portuguese beginning work as a liaison between academy and first team.

This has seen him involved at Kirkby, watching under-19s games in the UEFA Youth League, and most notably joining training alongside the manager at Melwood.

Speaking to O Jogo in a lengthy interview during the international break, Matos has expressed his delight at working with Klopp, labelling him “an incredible human being.”

“His character is in all the little things, whether in training, in the game, in the lecture or in a conversation,” Matos continued, as translated by Sport Witness.

“He has the gift of reaching into everyone’s heart and demanding the most. It is almost as if in each training session I receive a masterclass.

“The consistency and fluidity of the idea of the game he has, the way he seeks to be competent in defence, to move, to look for verticality or spaces, the variability in terms of finishing, this taste for attacking, attacking and counter-attacking…

“This is a lot of work, and he managed to build it. He welcomed me with open arms and with great joy.”

There has been a common misconception regarding Klopp in that he is sometimes seen as the figurehead, relying upon the work of those around him.

And while he does see success as a collective effort, it would be wrong to overlook his own credentials as a coach, despite Pepijn Lijnders being more vocal on the pitch and Zeljko Buvac before him receiving widespread credit.

Speaking to Jamie Carragher as part of his The Greatest Game podcast this month, Jordan Henderson confirmed he is “the main one everyone’s focused on.”

“In terms of what people don’t see, the tactical work, the gaffer does a lot on the training pitch,” he said.

“He obviously has input from his staff as well, he’ll speak to and hear and they’ll contribute as well, but the gaffer’s the main one everyone’s focused on.

“He’s the main one going up and down the pitch, stopping, ‘we need to do this better’, ‘this is what needs to happen’.