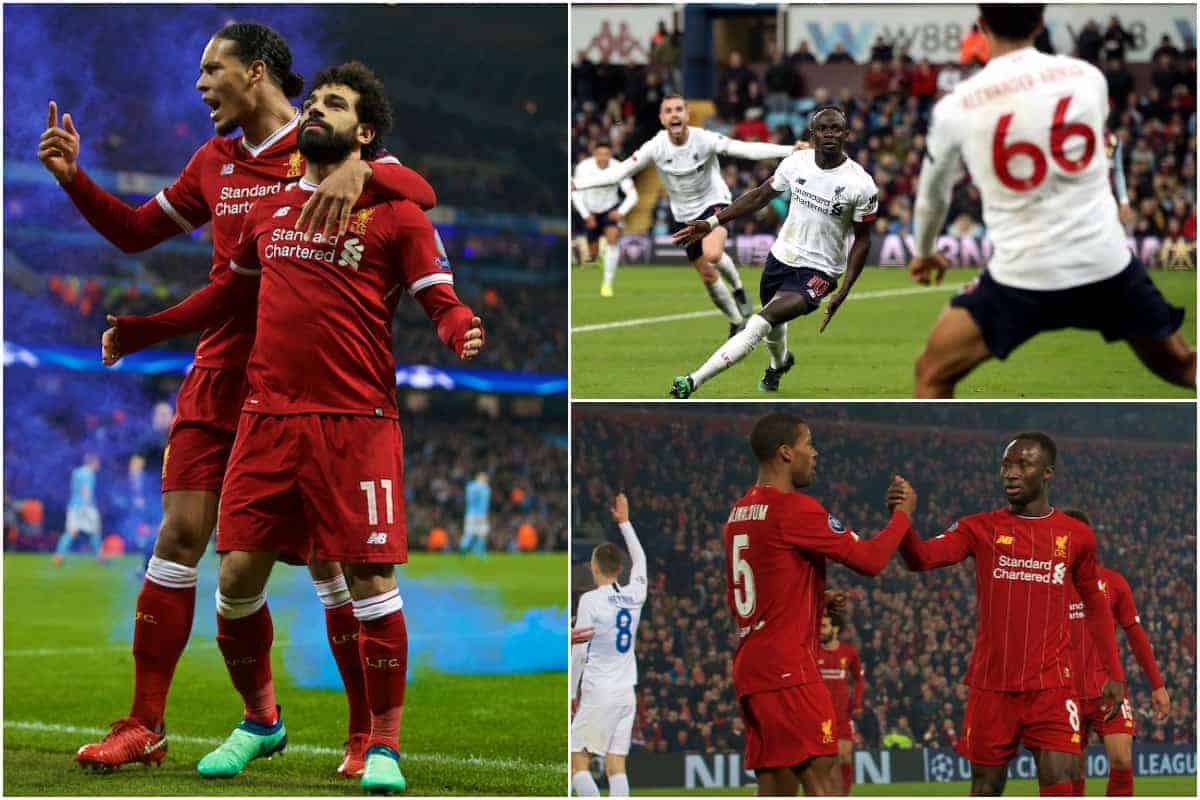 The Reds picked up successive wins over Aston Villa and Genk, and now an all-important clash with Man City awaits. But how well can you recall the last week and our recent history with City?

Jurgen Klopp‘s Reds stretched their winning run in all competitions to five games over the last week, with the two victories arriving in contrasting styles.

Liverpool kick-started their week with yet another thrilling victory having left it late to recover from a one-goal deficit at Villa Park, before a subdued performance followed in the win against Genk at Anfield on Tuesday.

The latter presents the opportunity to secure qualification into the Champions League last 16 with a win over Napoli on matchday five, whereas the former sets up the chance to extend the lead atop of the Premier League table to nine points when Man City arrive at Anfield on Sunday.

The two teams have consistently battled it out domestically and across Europe in recent years, with results falling the way of each side – and yet another decisive meeting in the race for the title awaits.

Test your memory with these 10 questions