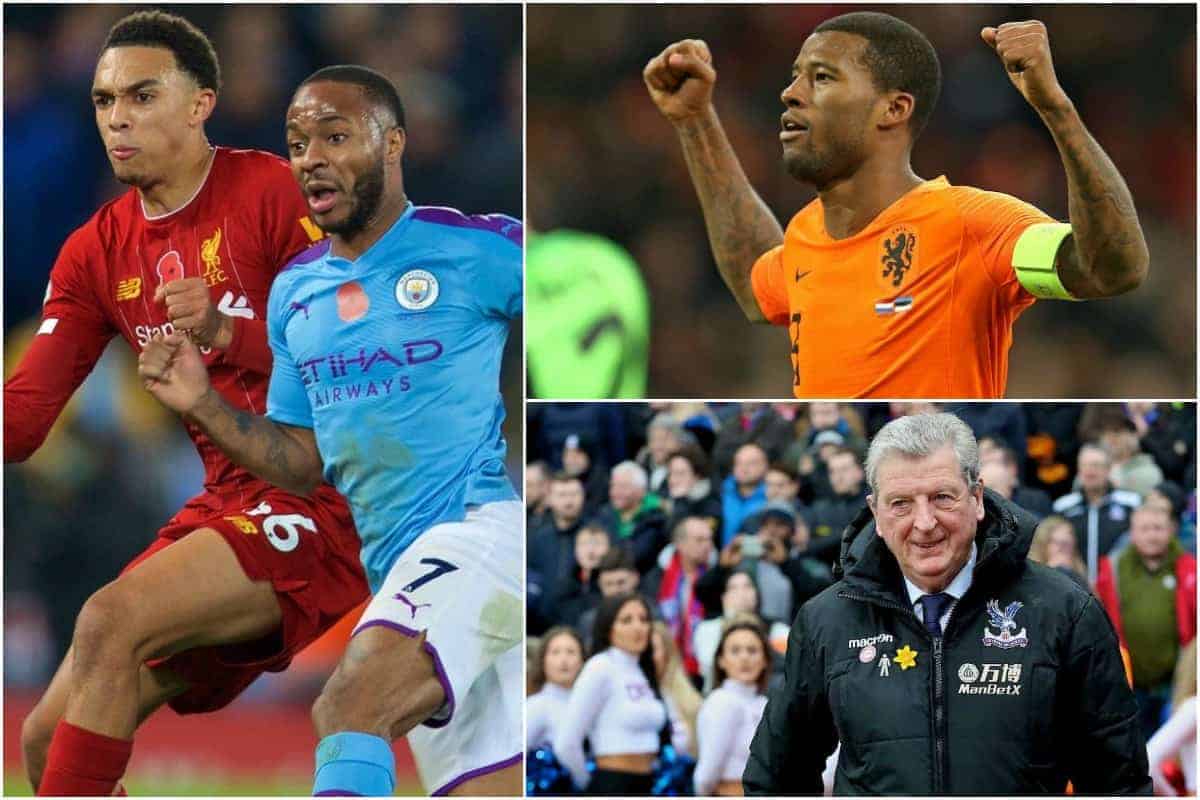 How well do you remember Liverpool’s win over Man City, the events which transpired during the international break and the recent history with Crystal Palace?

Liverpool’s players have experienced an eventful fortnight with their win 3-1 over Man City preceding the international break and the trip to Crystal Palace.

And Jurgen Klopp’s Reds will now return to Premier League action for the first time since their scintillating win over Pep Guardiola’s side which sees them placed atop of the table with an eight point buffer.

A plethora of players were involved with their country over the break with mixed success as injuries and illness hit, where preparations are now stepping up at Melwood as Liverpool look to secure their 12th win of the league campaign.

But a familiar face in Roy Hodgson awaits on Saturday afternoon, where his Palace outfit will be looking to end their four game run without a win.

Test your memory on the last fornight with these 10 questions