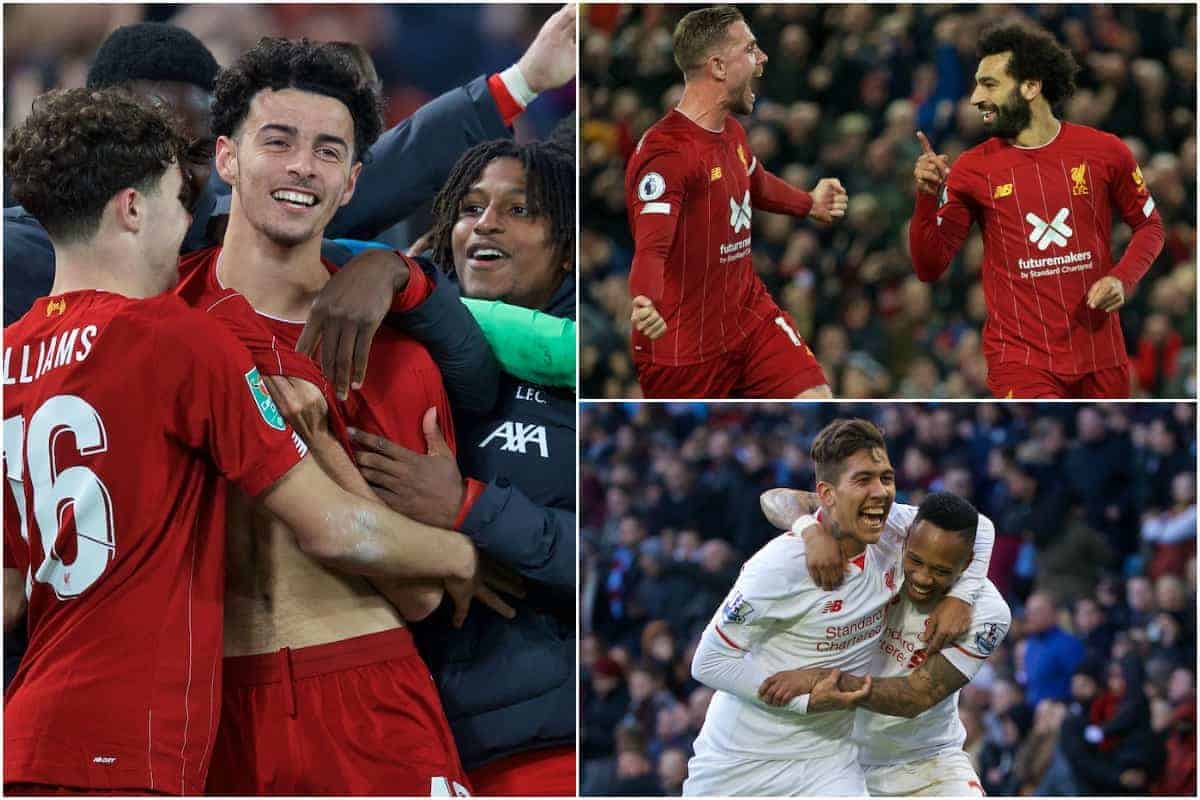 Liverpool kicked off the last week in dramatic fashion with a comeback win over Spurs before a spectacular League Cup clash with Arsenal, where a trip to Aston Villa now awaits. But how well do you remember the past week and the history with Villa?

It has been a memorable week for the men in red as Jurgen Klopp‘s side secured successive dramatic victories against clubs from north London.

Spurs had arrived at Anfield in search of their first win over Liverpool since 2017 and while they got off to a flyer, the Reds successfully came from behind to maintain their six-point lead at the top of the league table.

Arsenal were next on the agenda in the League Cup, where a much-changed side littered with exciting youngsters played out a crazy 5-5 draw before progressing to the last eight through a penalty shootout.

But Liverpool’s exploits are not yet over as a trip to Aston Villa now awaits for the first time since 2016.

Test your memory of the week that was with these 10 questions.