Borussia Dortmund are reportedly prepared to sell Jadon Sancho, with Liverpool among the clubs most interested in the England international.

The Reds were unsuccessful in an informal pursuit of Sancho back 2017, when the teenager opted to leave Man City to join Dortmund in a deal worth around £8 million.

Initially, the move paid off for both parties, as the player was given an early platform to showcase his phenomenal talent, while the club were rewarded with 13 goals and 23 assists in 55 games across his first two seasons.

But while he has contributed six goals and nine assists in just 18 outings so far this campaign, there has been major discontent at the Westfalenstadion.

He was suspended by Dortmund in October after returning late from England duty, while Lucien Favre dropped him to the bench for Wednesday’s 3-1 loss to Barcelona—a game in which he scored after coming off the bench—explaining that he needed “players on the pitch who are focused and ready.”

Previously, it was reported that Sancho was pushing for a move away from his current club with Liverpool showing “firm interest,” and now the Independent claim Dortmund are ready to part ways. 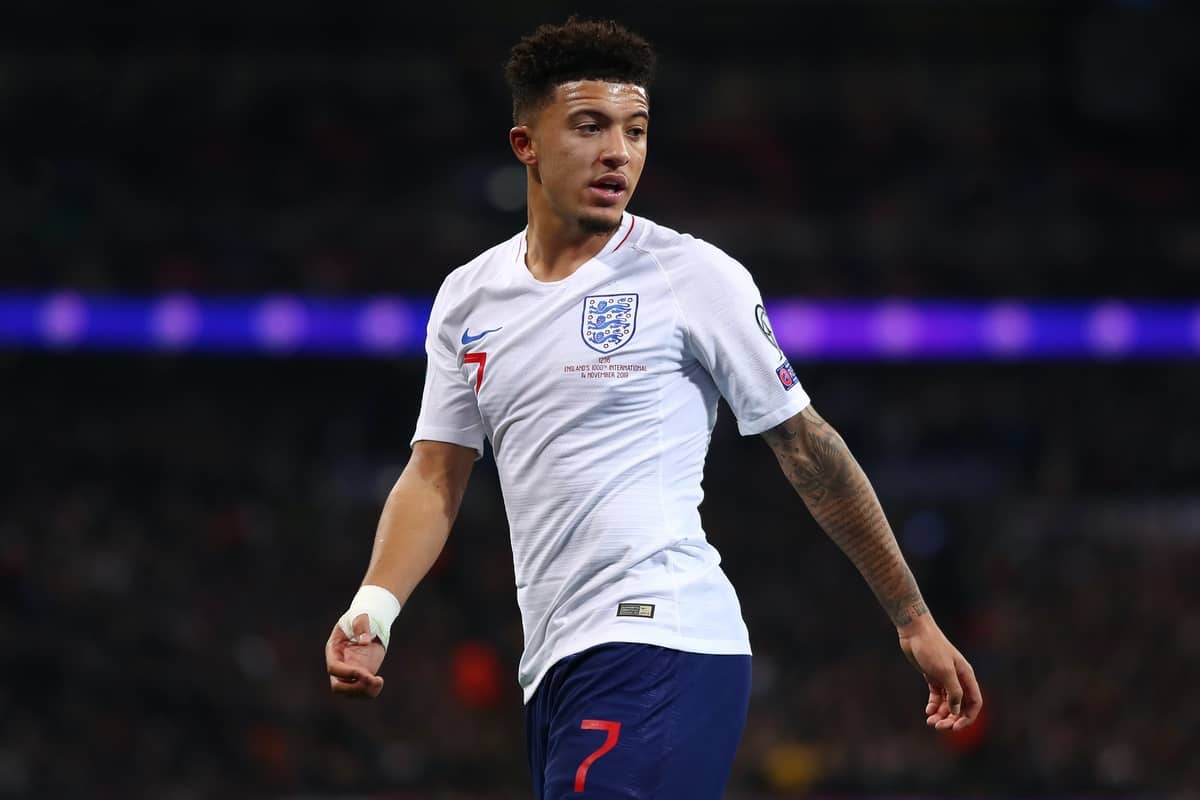 It is said that this could be “as early as January after a breakdown in relationships,” with “most of England’s top clubs” credited with an interest, unsurprisingly.

Liverpool are, of course, described as “keeping a watchful eye,” with City, Real Madrid and Man United also named, though Sancho was “not that keen” on a switch to Old Trafford in the past.

“Dortmund would still want a fee of over £100 million for Sancho,” the report continues, “but their hand has been weakened by their own willingness to sell.”

The situation surrounding Favre’s own shaky future with the Bundesliga side must be noted, however, and it is claimed Dortmund are moving with “a certain caution” as a change in manager could alter the player’s stance.

Regardless, the Reds have clear interest in Sancho, and German publication Bild have named them alongside United and Real as the “hottest candidates” at this stage.

Liverpool have conducted little business in the winter transfer window in recent seasons, with the £75 million signing of Virgil van Dijk coming in exceptional circumstances, but a deal for Sancho could fall under that bracket.

Jurgen Klopp has previously expressed his desire to sign the 19-year-old, but explained in February that a move while he was at City was impossible “because English clubs don’t sell [their best players] to other English clubs.”

Now Sancho is at Dortmund, and his sponsors Nike soon to announce a long-term kit deal with Liverpool, perhaps now would be the right time to revisit this.