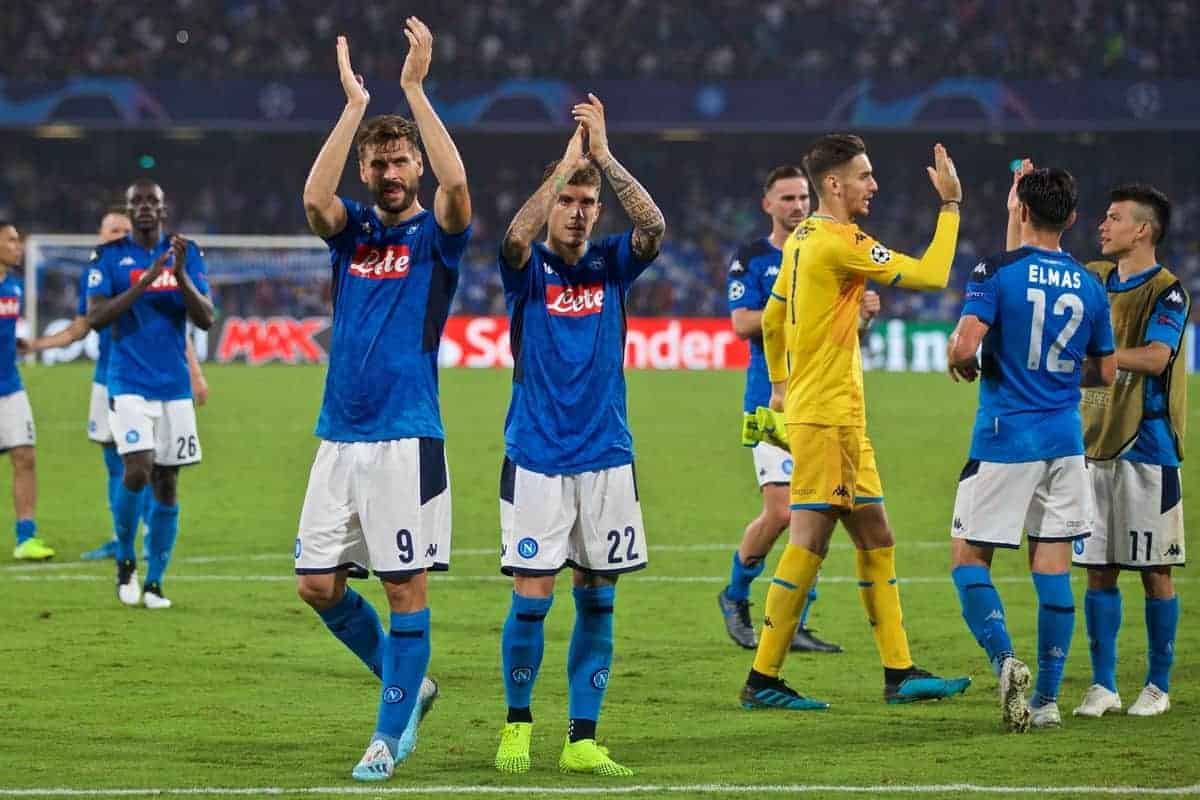 Napoli have stretched their run without a win to six games following a 1-1 draw with AC Milan ahead of the Champions League clash at Anfield.

The Serie A outfit have experienced a turbulent time on and off the field in recent weeks amid a civil war between the club’s president Aurelio De Laurentiis and the players.

The standoff ensued after Napoli’s players refused to go on a training camp organised by De Laurentiis after a run of poor form following their Champions League draw with Salzburg in early November.

Reports have since emerged which claim players have been threatened by having their salaries frozen and primed for a quickfire sale, which includes the likes of Kalidou Koulibaly, Dries Mertens and Lorenzo Insigne.

And while the club continues to self destruct off the field, performances and results on it have been severely lacking, with their 1-1 draw with AC Milan capping off a run of six games without a victory – their worst run since March 2013. 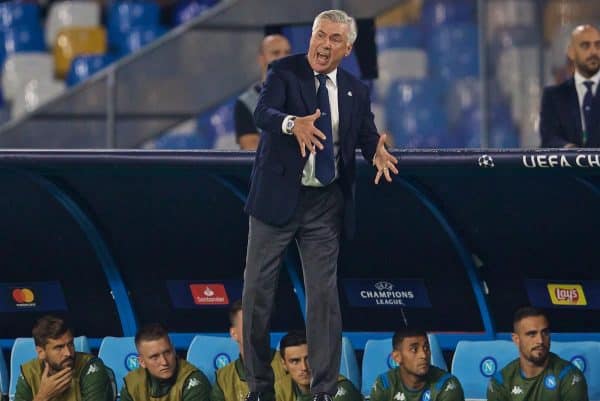 Since overcoming Salzburg in the third week of the Champions League group stages on October 23, Carlo Ancelotti’s men have notched five draws and one defeat.

The run has seen Napoli collect just four points from a possible 15, a stark contrast to Jurgen Klopp‘s Reds who have picked up 13 in the same amount of time.

Napoli’s latest stumble on Saturday saw Ancelotti’s side take the lead through Hirving Lozano in the 24th minute as he was the quickest to react to Lorenzo Insigne’s strike which hit the upright.

They quickly surrendered their advantage five minutes later, however, as the hosts levelled through Giacomo Bonaventura, and it was a scoreline which failed to be added to by either side.

It was performance Football Italia described as one with “no conviction, little spark, creatively void and completely uninspiring,” where the players “don’t seem comfortable” with the 4-4-2 formation deployed by Ancelotti. 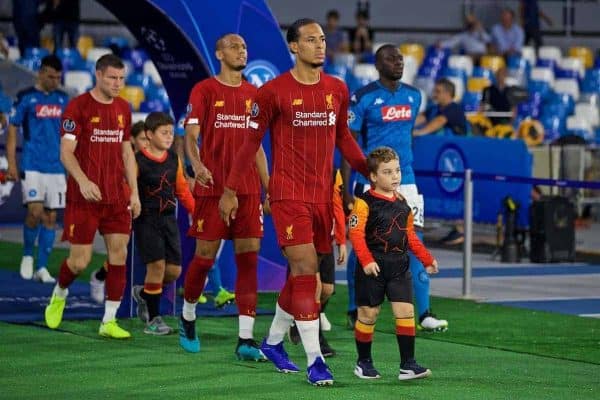 Napoli are now seventh in Serie A on 20 points, 15 adrift of league leaders Juventus after 13 games, while in the Champions League group E standings they currently sit in second position with eight points – four clear of Salzburg.

Liverpool, however, will know the threat Napoli can pose having fallen to a 2-0 defeat in the reverse fixture, as they still possess a squad with talent in abundance, but they will be without both Insigne and Arkadiusz Milik for Wednesday’s meeting after they failed to be named in their 20-man travelling squad.

The Italian side have proven their ability to thwart the Reds in attack throughout the tight tussles between the two teams in recent years, and both will kickoff the match at Anfield in the knowledge that a win will secure their place in the last 16.

Victory for Klopp’s side on Wednesday would guarantee the Reds’ place in the knockouts and provide a welcome opportunity to rotate the team against Salzburg on December 10 amid their fixture pile-up.