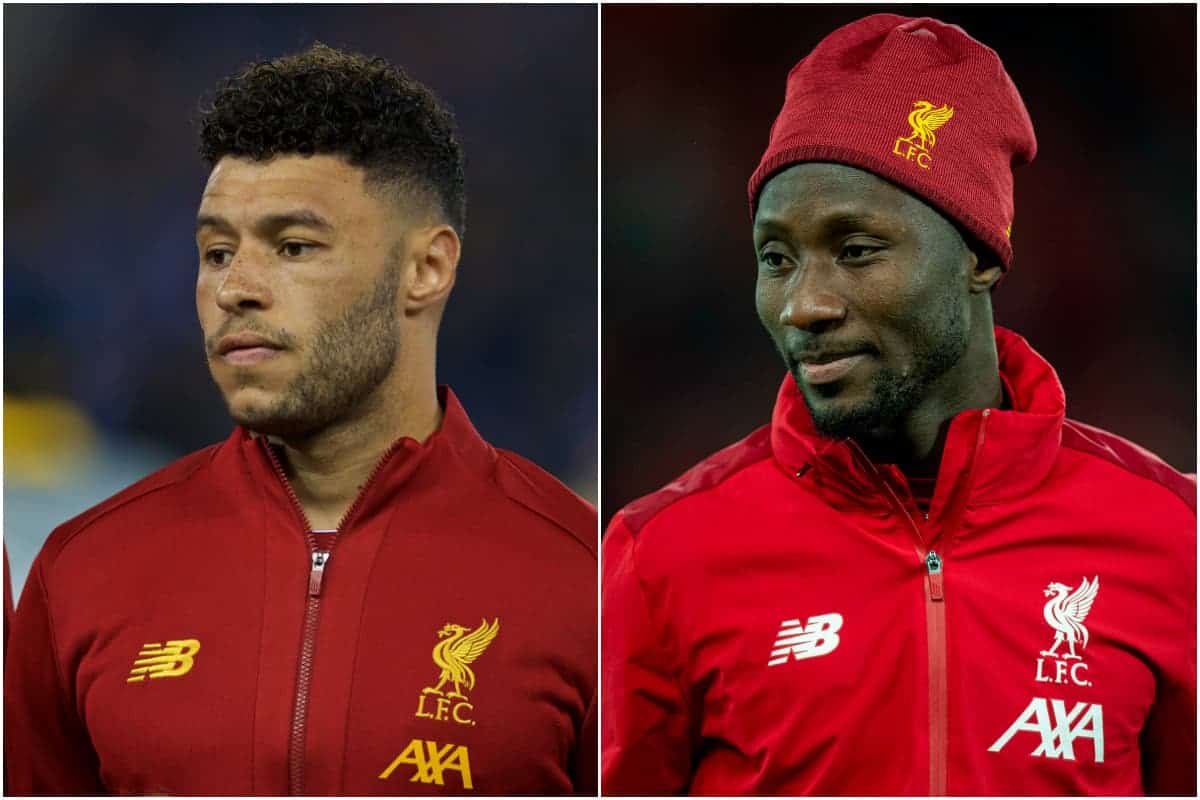 Jurgen Klopp is likely to shuffle his pack again as Liverpool visit Bournemouth just three days after a 5-2 victory over Everton at Anfield.

The Reds kicked off December in style as a heavily changed side emerged convincing victors in the Merseyside derby.

That was the first of nine games this month across four competitions, with Klopp employing rotation to ensure his side maintain their title-winning form throughout winter.

Bournemouth are next up, with Eddie Howe’s side sitting 14th in the table heading into the weekend and just two points above the relegation zone, having lost their last four games.

It would seem to be the perfect opportunity to mix things up further, and Klopp can be expected to reshuffle again at Dean Court.

Klopp confirmed in his pre-match press conference that Liverpool had suffered no new injury concerns following the Merseyside derby.

This ensures only Joel Matip and Fabinho are absent from the first team, though Harvey Elliott was also brought off after just 16 minutes as the under-23s lost 4-0 at Tottenham on Friday afternoon.

The Reds are also boosted by the return of Alisson after a one-game suspension, with the Brazilian likely to take over from Adrian between the sticks.

Mohamed Salah was an unused substitute in midweek and should come into the starting lineup as a result, as should Jordan Henderson and Roberto Firmino.

Joe Gomez, Naby Keita and Alex Oxlade-Chamberlain could be among those considered too.

Speaking ahead of the game, the manager stressed that rotation was necessary throughout the busy winter, telling reporters that “it’s not Playstation” and players will tire.

“I know when you are a football supporter, then you want to play—in your mind—the best XI all the time,” he said.

“But it’s not FIFA or Playstation, where they don’t need a rest. It’s just how it is, we have to make these kinds of changes, and we will do, that’s clear.

“As long as the boys give me the opportunity, we will do it.”

Whether Klopp will make a further five changes, or more, remains to be seen, but he will be mindful of a decisive trip to Salzburg to come in the Champions League on Tuesday night.

Despite the Group E decider looming, it is highly likely the key figures who dropped out of the starting XI for the derby will return at Bournemouth.

Alisson is near-guaranteed to replace Adrian, while ahead of him Klopp could retain the back four of Trent Alexander-Arnold, Dejan Lovren, Virgil van Dijk and Andy Robertson.

The bigger changes will come in midfield, with Henderson expected to return and Oxlade-Chamberlain a convincing candidate to take over from Adam Lallana, while Gini Wijnaldum could remain in a return to a 4-3-3.

With Salah and Firmino restored, they could rejoin Sadio Mane in attack as part of a more familiar setup: 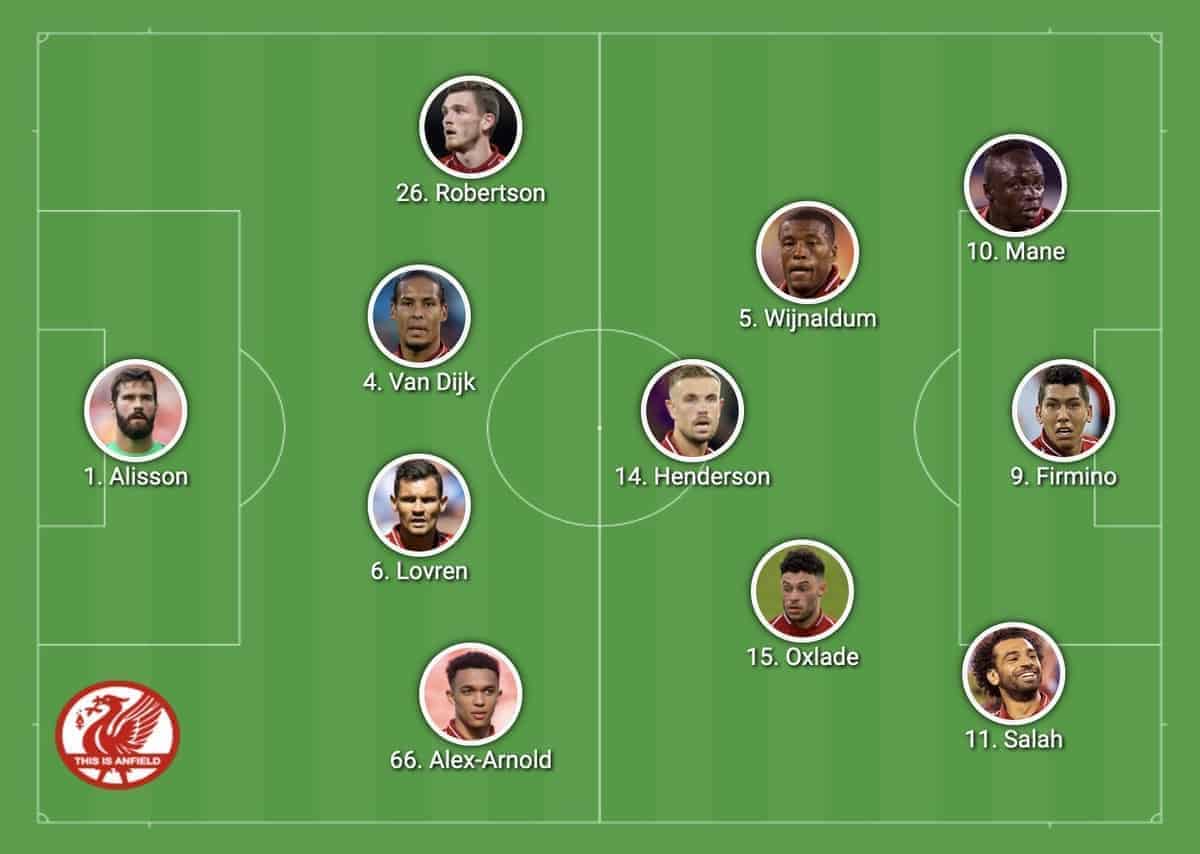 There is the prospect for more change, however, and the two beneficiaries of this could be Gomez and Keita.

If the 4-3-3 is favoured, Gomez could provide Lovren a rest in the back four while Keita takes over from Wijnaldum in the midfield, making his first appearance in a month.

Given he is unlikely to start against Salzburg, Origi could keep his place in attack but shift to the left wing, accommodating the return of Salah and Firmino: 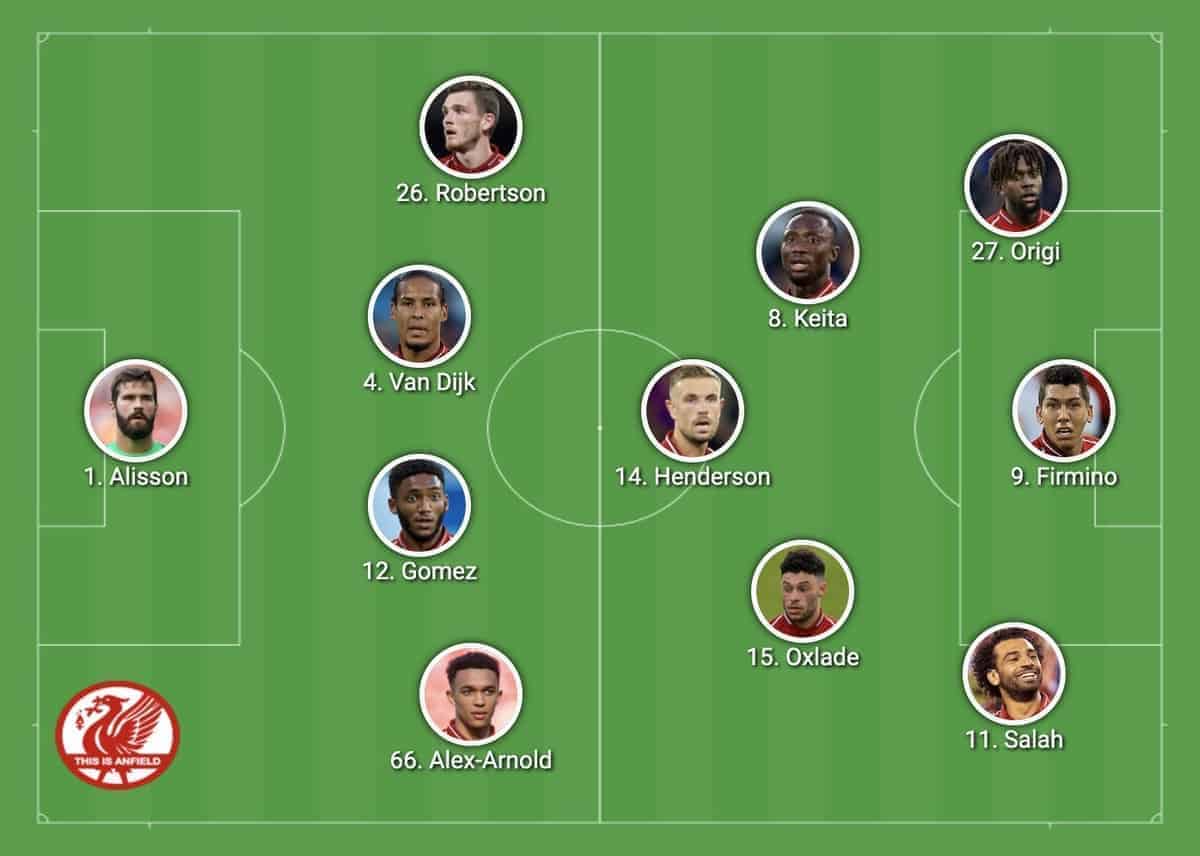 Xherdan Shaqiri could provide Klopp with another option if the aim is to rest Mane, while Gomez could also come in at right-back to provide Alexander-Arnold an afternoon off instead.