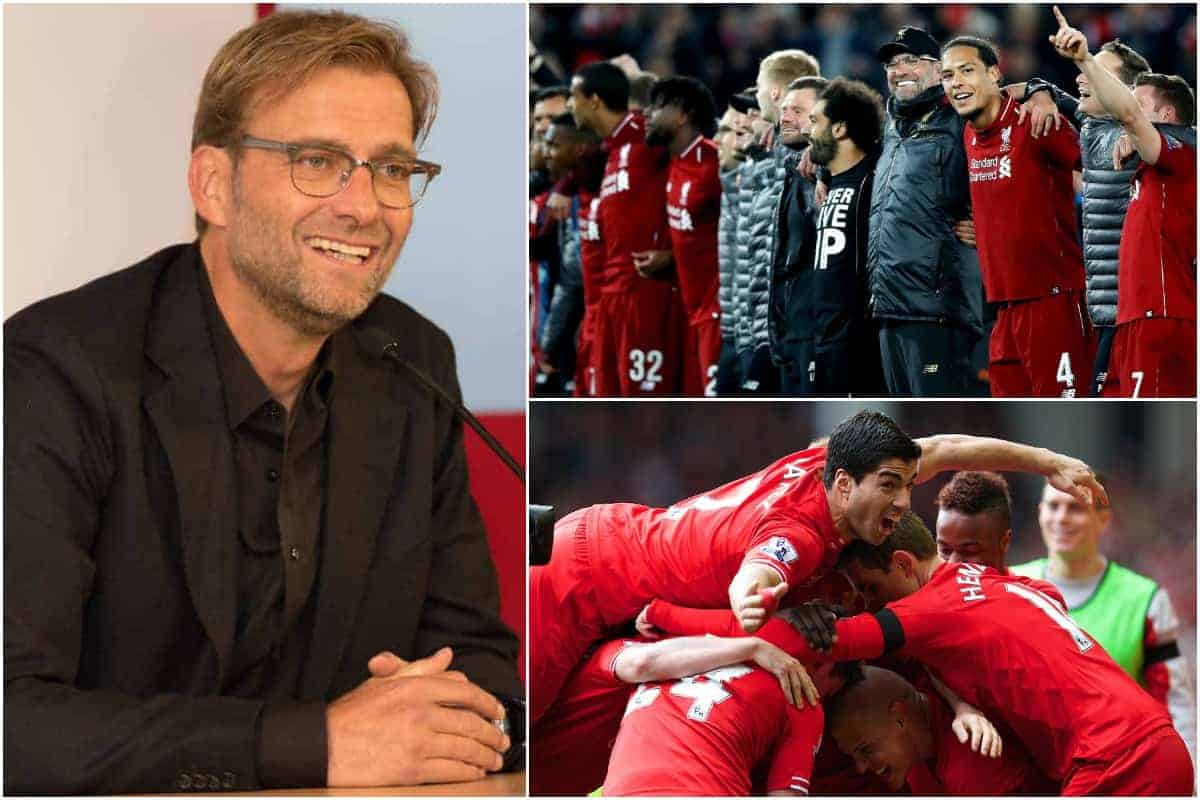 Liverpool have endured both tumultuous and exhilarating moments throughout the last decade, where for better or worse have proven to be significant for the club.

The Reds started the decade in the Europa League and without a trophy in almost four years with an ongoing fight to kick the owners to the curb, and will end it with three pieces of silverware in a single year and as the world champions.

The current harmony from the top of the club all the way through to bottom is a stark juxtaposition to where the club found themselves in 2010, where off-field priorities align with that on it and in the stands.

But various moments of significance have ensured Liverpool have found the path to success, and here we look at the top 10 defining moments from the last decade.

10. From New Balance to Nike 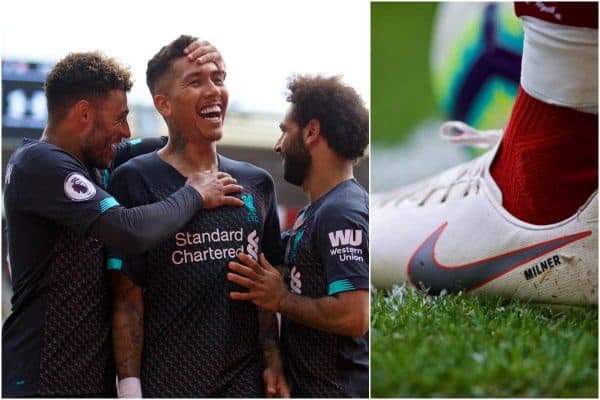 We’ve come a long way since Adidas turned their backs on us, citing a lack of success and promise as reasons to end their association in 2012.

And while not a decisive moment on the field, the fact that the Reds are to have their kits manufactured by Nike from next season onwards now accurately reflects the club’s position as a superpower in the game.

The club will now be exposed to greater distribution channels and have the ability to obtain 20 percent of all net sales of merchandise in addition to a base payment.

Warrior and New Balance was a positive step early in the decade which reflected Liverpool’s position at the time, but with the court ruling in Liverpool’s favour, they are now to be represented by a brand who will boost our exposure to a level not seen before. 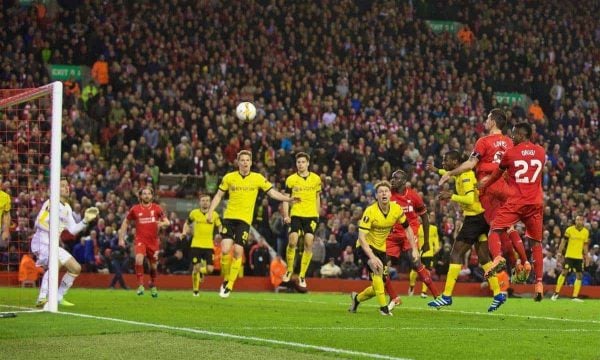 After the disaster that was the 2014/15 Champions League and Europa League campaign under Brendan Rodgers, the start of the 2015/16 European season initially kicked off in a less than an inspiring manner with successive draws against Bordeaux and Sion.

Klopp would then take the reins and guide Liverpool to the knockouts, it was far from heavy metal at that time but the Reds would soon burst into life, first against Manchester United before Borussia Dortmund and Villarreal both felt the power of Anfield.

The run would prove key in instilling belief in the players and fans alike, with the 4-3 win over Dortmund proving to be one of the club’s greatest European nights.

While the campaign would end without the trophy, the run was one which gave us a taste of being on the cusp of success and in the end it was a blessing in disguise with Klopp then able to work with his team without a constant flurry of games in his first full season at the helm.

8. The Rise of the New Main Stand

Demand has always, and will always, outweigh supply for Liverpool but the opening of the new Main Stand in 2016 saw an additional 8,500 seats added to what is an impressive three-tier structure.

The previous stand was the oldest surviving structure at Anfield prior to its redevelopment and the decision to forge ahead has coincided with the exponential growth of the team on the field.

It was as much of a statement as a new signing at the time and it has already witnessed some of the club’s greatest moments.

Remaining at the club’s spiritual home has been key and with plans for further expansion, the power of Anfield is only set to grow stronger.

Luis Suarez arrived at Anfield in January 2011, for a fee of £22.8m, and while he may have only left with the League Cup in tow, he was simply incredible for the Reds.

He arrived alongside Andy Carroll and on the same day Fernando Torres traded Liverpool for Chelsea, and while Suarez was a handful he inspired a tilt at the title which fell agonisingly two points short in 2013/14.

Liverpool’s former No. 7 was electric and finished his career at Liverpool with 133 games, 82 goals and 47 assists. His time may have ended on a sour note, but his signing transformed the Reds and ensured he is widely acknowledged as one of the best players for the club this decade.

Having featured in Europe’s premier competition just twice in seven seasons (2009/10, 2014/15), bowing out at the group stages both times, the opportunity to make a return rested on a win against Middlesbrough on the final day in 2016/17.

It was tense and nervy but Gini Wijnaldum struck on the cusp of half-time to set a 3-0 win in motion, one which secured a fourth-placed finish and a qualifying spot.

Hoffenheim would, of course, go on to be dispatched over two-legs, and a place at Europe’s top table in Klopp’s second full season at the helm would be one to remember.

European football is synonymous with Liverpool Football Club and the Reds swiftly found themselves at home, but the final day of 2016/17 was certainly a sliding door moment for Liverpool.

It was painful. After a record-breaking campaign and the thrill of making it to the final for the first time since 2007 it was heartbreaking for it to end the way it did.

But the road to Kyiv and the defeat inflicted by Real Madrid was one which has catapulted the Reds to where they are now.

The Spaniards provided a glimpse into the little details which can make or break teams at crucial moments, dark arts which we’ve now started to incorporate into our own game.

Preparing for finals and the pressures which come at the highest level of the game were learned the hard way, and a year later Liverpool came full circle. We’re a better team because of the defeat and it’s the desire to never feel that way again which no doubt continues to burn bright within the squad. 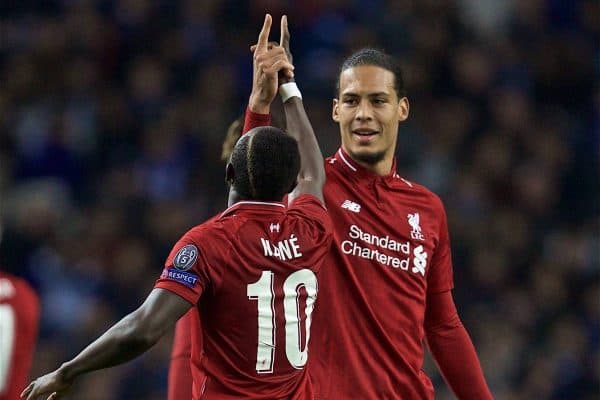 Much has been said in recent times about the genius work of Klopp, Michael Edwards, FSG president Mike Gordon and Co, and for good reason.

The manner in which the Reds now identify and acquire targets is of military precision – there is no stone left unturned in the pursuit of success.

Unlike at the start of the decade where we have had our fair share of misses in the transfer window, Liverpool are now the envy of club’s around the world.

There is a shared vision and Sadio Mane, Virgil van Dijk, Alisson, Andy Robertson, Fabinho and Mohamed Salah are just a handful of players who have signed on the dotted line for either record fees or as under the radar signings – all of whom have been and will continue to be, key to the Reds’ future success.

3. The First Under Klopp in the Shape of a European Cup

Having yet to lose a two-legged European tie under Klopp, Liverpool again defied the odds to make it to the showpiece in Madrid and lift the club’s sixth European Cup.

The comeback win over Barcelona is one which will forever be etched into the club’s history and in the memories of those who witnessed it around the world.

The European campaign was one which epitomised all of what Klopp has instilled into the team, fans and the club as a whole since his arrival, and the Champions League trophy was nothing short of what the side deserved.

Champions of Europe and now champions of the world because of it, the taste of success has made Liverpool insatiable and only time will tell how much success Madrid will springboard them into.

2. Hicks and Gillett Kicked to the Curb

With Liverpool staring down the barrel of administration, the reign of Tom Hicks and George Gillett is one which will long be considered one of the darkest times at the club.

Empty promises, a crippling debt, broken relationships with the fans and Rafa Benitez – with Hicks’ claim that the Spaniard had “lost the club” was laughable, looking in the mirror was obviously not high on his list.

After a series of court dates and failed attempts to challenge the ruling, a high court judge in October 2010, would ensure Hicks and Gillett were no longer the club’s owners and with it they rightly forced to leave without a penny.

And it was then out with the old and in with the new as New England Sports Ventures, now known as FSG, saw their takeover bid given the green light.

They too would experience a few wobbles, but their desire to see Liverpool return to the peak of their powers cannot be questioned as they approach their 10th anniversary as owners.

1. The Arrival of Klopp 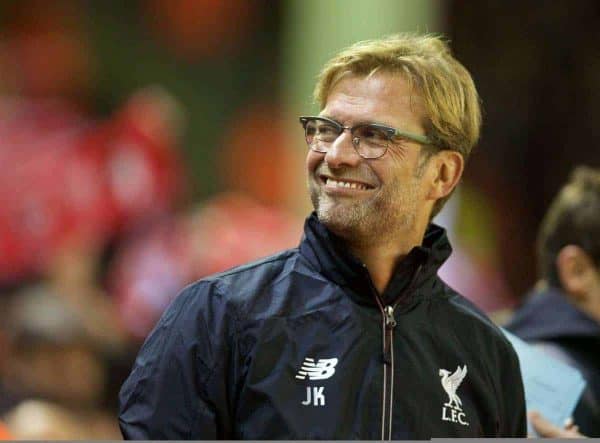 European champions. World champions. Current Premier League leaders.
A signature signed, sealed and delivered on October 8 2015, which would go on to transform the club inside out midway through the decade.

After experiencing life with Roy Hodgson and Rodgers, the latter of whom had proved his worth but wasn’t at the level needed, the German’s desire to lead the club was instrumental in seeing Liverpool return to where they belong.

He has not only ensured all those associated with the club dare to dream of it all, but he has also made is so that the club is no longer a stepping stone, rather the final destination.

And we get him for at least a further four years, life will no doubt keep getting better.