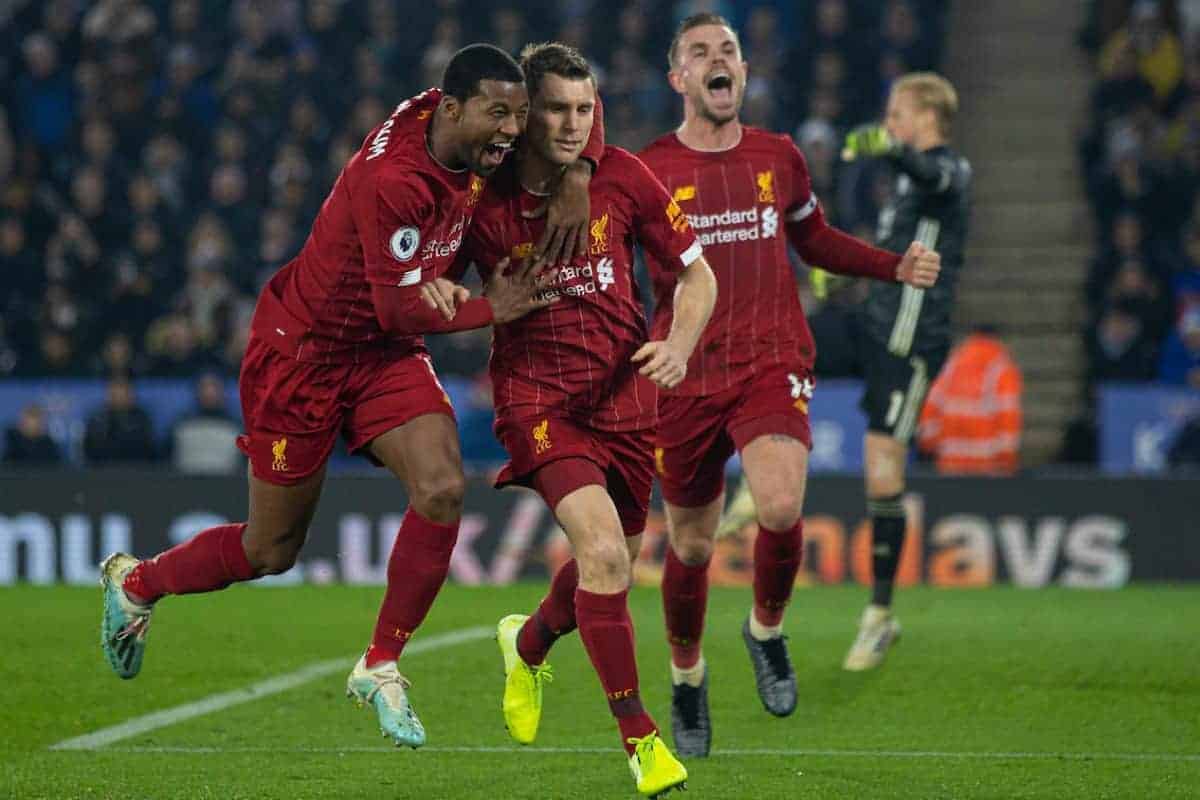 Alisson has been in unbeatable form in recent week, showing why many regard him as the world’s leading goalkeeper.

The Brazilian was rarely tested against Leicester, however, but his distribution was immaculate, barring one poor early kick.

He spreads confidence simply by standing between the sticks.

Trent Alexander-Arnold – 10 (Man of the Match)

Alexander-Arnold’s inclusion was no surprise and he was truly exceptional against the Foxes.

The 21-year-old tested Kasper Schmeichel early on and he then whipped in a beauty that Roberto Firmino headed home.

He was even better in the second half, not only bagging his second assist, but also firing home to make in 4-0 in thrilling fashion.

Quite simply the best right-back in the world.

He was close to the dominant figure to shone so bright in the first few months of the season, purring with class at the back.

There were a couple of times when he managed to become isolated, but his lightning pace and strength bailed him out.

Looks like Van Dijk’s best partner again all of a sudden. 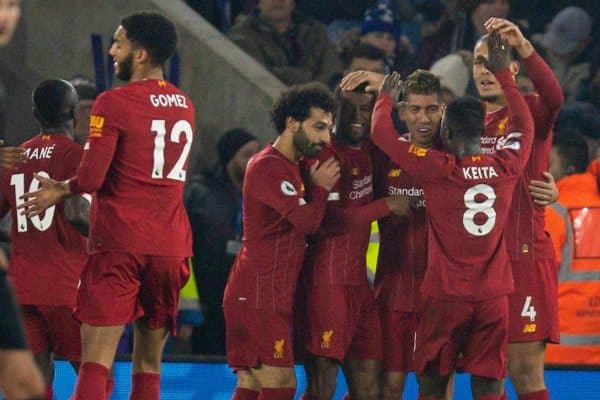 Liverpool’s most important player was his usual imperious self against Leicester – it’s a genuine shock if he isn’t world-class every game these days.

He dealt with anything Leicester threw at him with consummate ease, with one nonchalant flicked clearance in the first half summing his confidence.

Robertson has been in particularly tenacious spirits lately and he again looked determined to get his side over the line on Saturday.

The Scot was not as noticeable as Alexander-Arnold going forward, but he was fantastic defensively, making one crucial tackle inside the penalty area before half-time.

His consistency is remarkable.

The skipper has excelled in the absence of Fabinho and that was no different on Boxing Day, as he put in another superb showing.

His passing range was a delight, not least one Steven Gerrard-esque ball to Mohamed Salah, and he bossed the midfield more than anyone.

What a rich vein of form Henderson is in – hopefully his injury picked up late on isn’t too serious.

Wijnaldum returned to the Liverpool side after injury, and he was a typically key cog in the machine, standing out but in subtle fashion.

After taking his time to get into the game, he knitted things together beautifully and proved invaluable in a defensive sense.

He is the modern day Ronnie Whelan.

Keita was given the nod over James Milner, looking to carry on his ever-increasing influence for the Reds.

The Guinean was excellent all evening, breaking the lines and looking exactly the player Liverpool signed back in the summer of 2018.

A superb pass to Salah should have seen his teammate convert and once dazzling run through the midfield almost led to a goal.

Another very promising night at the office.

Salah has been close to his best again after a lean spell by his standards and he was always a threat.

One perfect cross in the opening minute should have led to Sadio Mane opening the scoring, but Salah did fluff his own lines twice soon after.

He speed and strength constant caused issues, but he was increasingly sloppy in the final third as the match wore on. 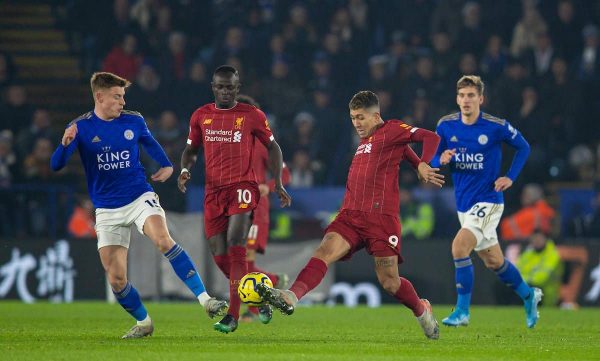 Mane started in his favoured left-sided role, on what was a productive night, but not his finest in front of goal.

He was better in the second half, linking up effectively with Robertson.

Fresh off the back of his winning goal in the Club World Cup final, much was expected for Firmino at the King Power Stadium.

He delivered in style, burying a header to put Liverpool 1-0 up and making it 3-0 with a calm finish after the interval.

He worked his socks, as always, and dropped into pockets of space effectively, causing the Foxes issues.

His first touch saw him stroke home a penalty. Priceless.

The Belgian did lots of running, but wasn’t too noticeable.

The game was over when he came on. 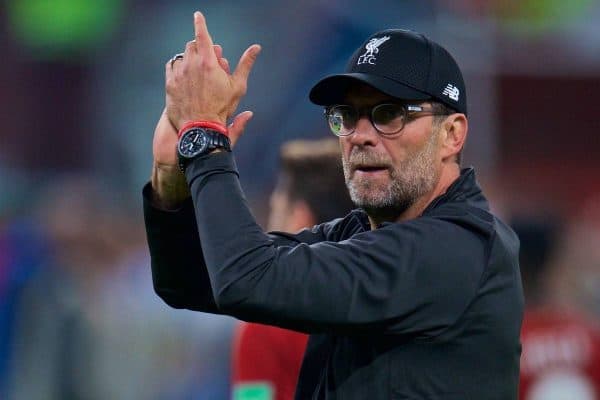 This was a huge match for Klopp – perhaps his side’s biggest of the season so far.

The German got a sensational performance out of his players, who showed precisely why they are the best club team on the planet.

Klopp’s team selection and tactics were spot on and he comfortably got the better of former Liverpool boss Brendan Rodgers.

The most important thing to happen to the Reds this century,