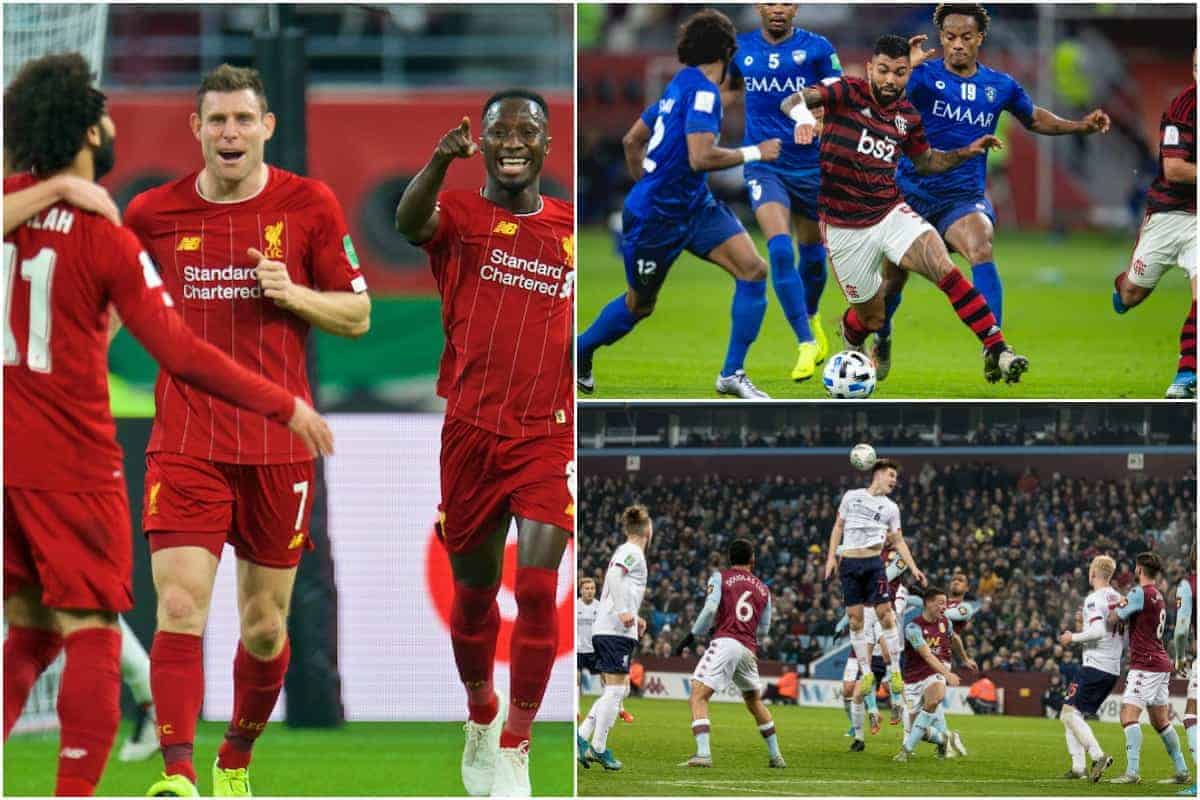 It was been a busy week for Liverpool which has seen them win at Anfield before splitting off for clashes at Villa Park and in Qatar for the Club World Cup.

The Reds battled for a 2-0 victory over Watford last Saturday, with a Mohamed Salah brace ensuring the lead at the top of the Premier League extended to 10 points.

That served as the perfect result ahead of an enforced interval, with the League Cup and Club World Cup providing a break from league duties and a strange situation for the club.

Liverpool’s youngest-ever side, including a record number of debutants, fell to a heavy defeat to Aston Villa on Tuesday night, before a late 2-1 win over Monterrey saw the senior squad reach the final of the Club World Cup.

Off the pitch saw the club confirm the £7.25 million signing of Takumi Minamino from Salzburg, with the positives continuing to roll in on Merseyside.

Saturday brings a final against Flamengo, the Copa Libertadores winners, and a chance to bring home the one trophy that has eluded the Reds until now.

So to test your knowledge of Liverpool’s history in the Club World Cup and the week just gone, our latest Friday quiz focuses on Watford, Villa and the world championship.

Can you get all 10 correct?