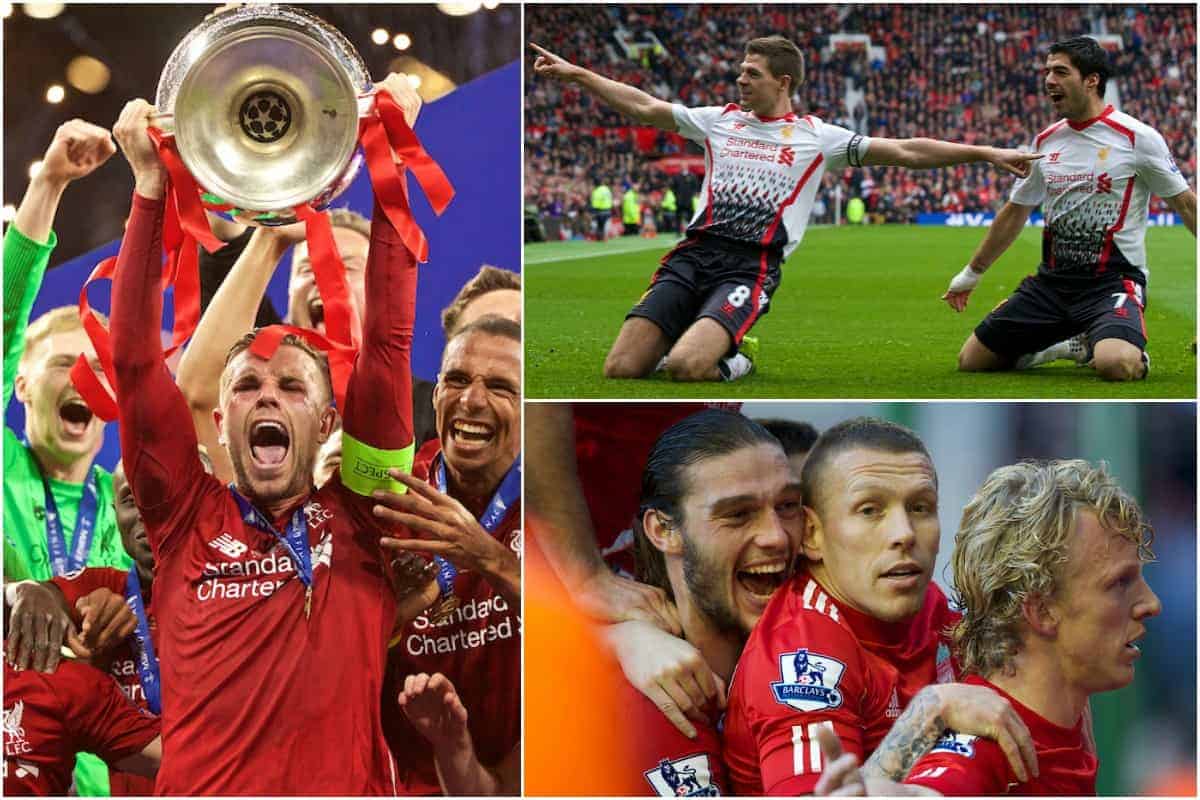 The 2010s have provided a plethora of highs and lows for Liverpool both on and off the field. But how well do you remember the last decade?

The Reds started out the decade under the tutelage of Rafa Benitez but would go on to have a further four managers take their place in the Anfield dugout.

Roy Hodgson, Kenny Dalglish, Brendan Rodgers and Jurgen Klopp have all stepped up to the plate with varying degrees of success, overseeing various player incomings and outgoings and a multitude of decisive off-field moments.

The Reds have occupied various positions in the Premier League table with a place as low as 19th under Hodgson and as high as the summit under Klopp.

From the turn of 2010 to the cusp of 2020, Liverpool Football Club has transformed from top to bottom and now find themselves rightly back among the top echelon of clubs in world football.

And now it is time to test your knowledge on the decade that was, where questions including members of the current squad are correct up as of the time of writing.