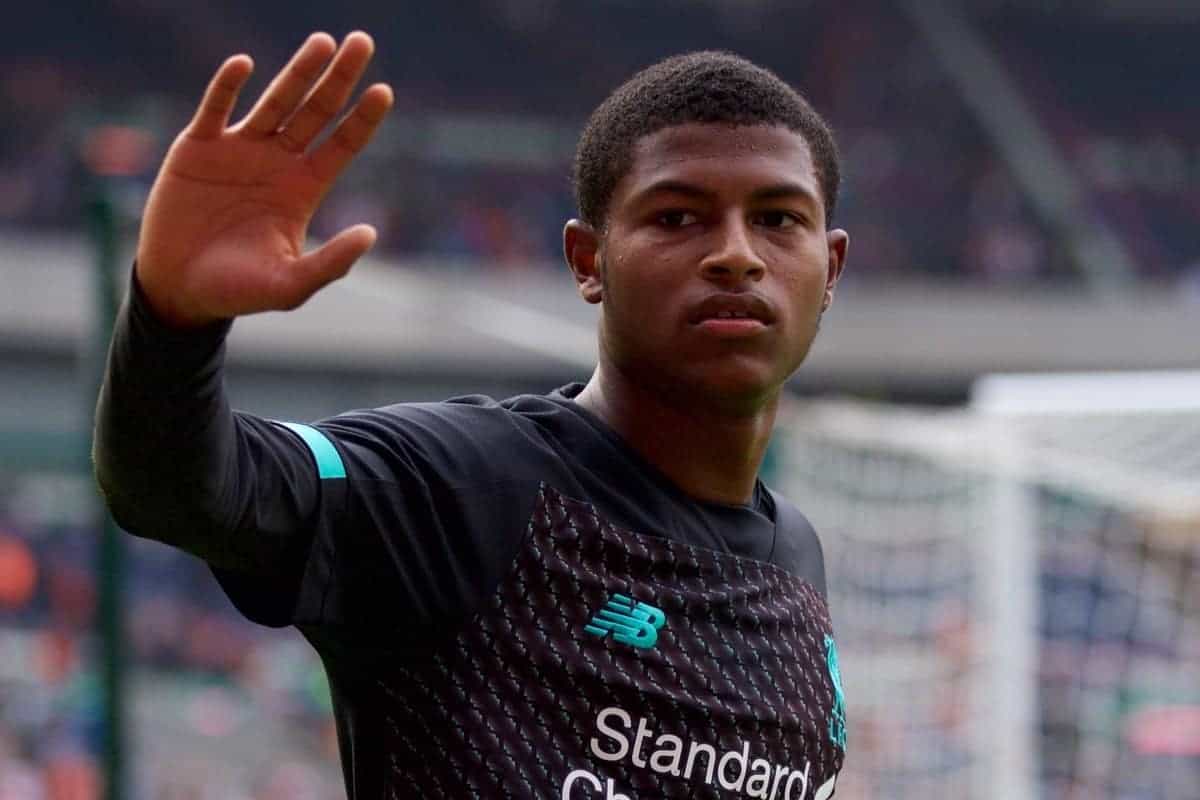 Rhian Brewster is set to leave Liverpool on loan in the January transfer window, with the striker expected to head to Swansea on a half-season deal.

Brewster was denied a temporary switch last summer with Jurgen Klopp eager to retain his services on Merseyside, but so far he has only made two appearances.

Both of those came in the League Cup, with the 19-year-old unfortunately injured for the quarter-final, depriving him of a place in the club’s youngest-ever starting lineup at Villa Park.

He has been on the bench once in the Premier League, Champions League and for the UEFA Super Cup, but beyond that his opportunities have been sparse.

Earlier this month the manager confirmed Brewster was “the one” most likely to go out on loan in January due to his situation “age-wise [and] experience-wise,” with the signing of Takumi Minamino now paving the way for his exit.

A host of clubs including Villa, Crystal Palace, Leeds and Preston, have all been credited with an interest, but Swansea are now the most likely destination.

The Athletic have revealed talks are ongoing between Liverpool and the Swans, who are managed by Steve Cooper—former Reds academy manager, and Brewster’s boss for the England under-17s’ World Cup triumph in 2017.

It is claimed a deal would not go through until after the FA Cup third round clash with Everton on January, but Cooper is prepared to offer the striker regular first-team football.

Klopp should rotate his side heavily for the Merseyside derby, despite the opposition, having already recalled Nat Phillips from his loan at Stuttgart, likely to start at the back.

Brewster could lead the line if he is deemed fit enough, with the likes of Caoimhin Kelleher, Neco Williams, Ki-Jana Hoever, Curtis Jones and Harvey Elliott also expected to feature, along with Minamino.

If he does join Swansea, it could be a formative spell for Brewster in the Championship, ahead of a bright future under Klopp at Liverpool.

He signed a new five-year contract with the Reds in 2018, which ties him down for the entirety of Klopp’s own extended terms, and in the coming years he is likely to be phased in as deputy to Roberto Firmino.

That all depends on his experiences on loan, of course, but joining Cooper’s Swansea appears to be the best course of action.

The Swans boss has insisted the club have “no money” to spend next month, but with a loan slot free in his squad a deal for Brewster could still be arranged.