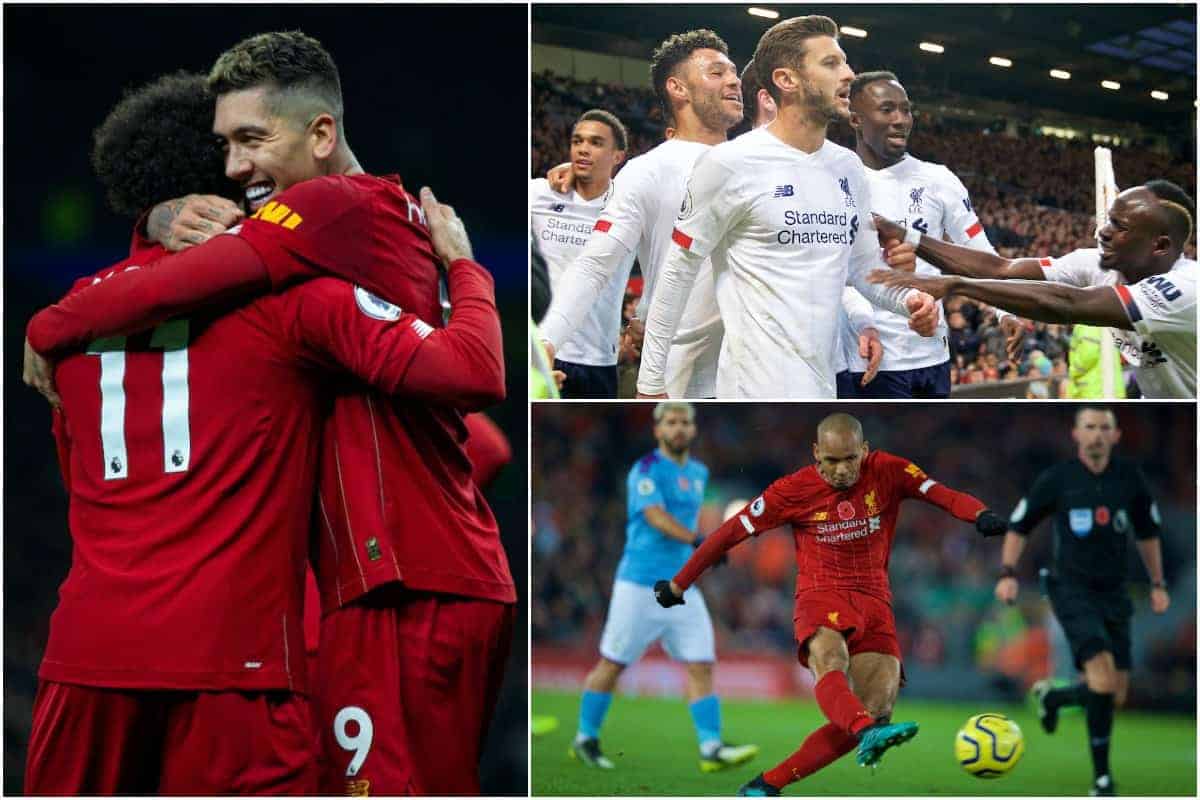 Liverpool continued their breathtaking start to the season with a win over Tottenham, and a meeting with Man United now awaits.

After a week which saw Liverpool progress to the fourth round of the FA Cup, Jurgen Klopp‘s side notched their 20th win of the Premier League season away at Tottenham.

The Reds edged ahead in the first half through Roberto Firmino, a scoreline which remained come the end of the 90 minutes – a result which saw a handful of records equalled or broken.

Man United are the next side in line to face the all-conquering Liverpool, with the Reds receiving a timely injury boost to Fabinho, Joel Matip and Dejan Lovren – with Naby Keita and James Milner also expected to return sooner rather than later.

Their respective returns will see Klopp’s options significantly boosted, with competition for places no doubt set to heat up.

Liverpool are on a run of 38 games unbeaten and can continue to leave records in their wake with a win over United on Sunday.

Ahead of another weekend of action, why not test your memory of the win over Spurs, our returning players and the recent history with United?

Can you get all 10 correct?