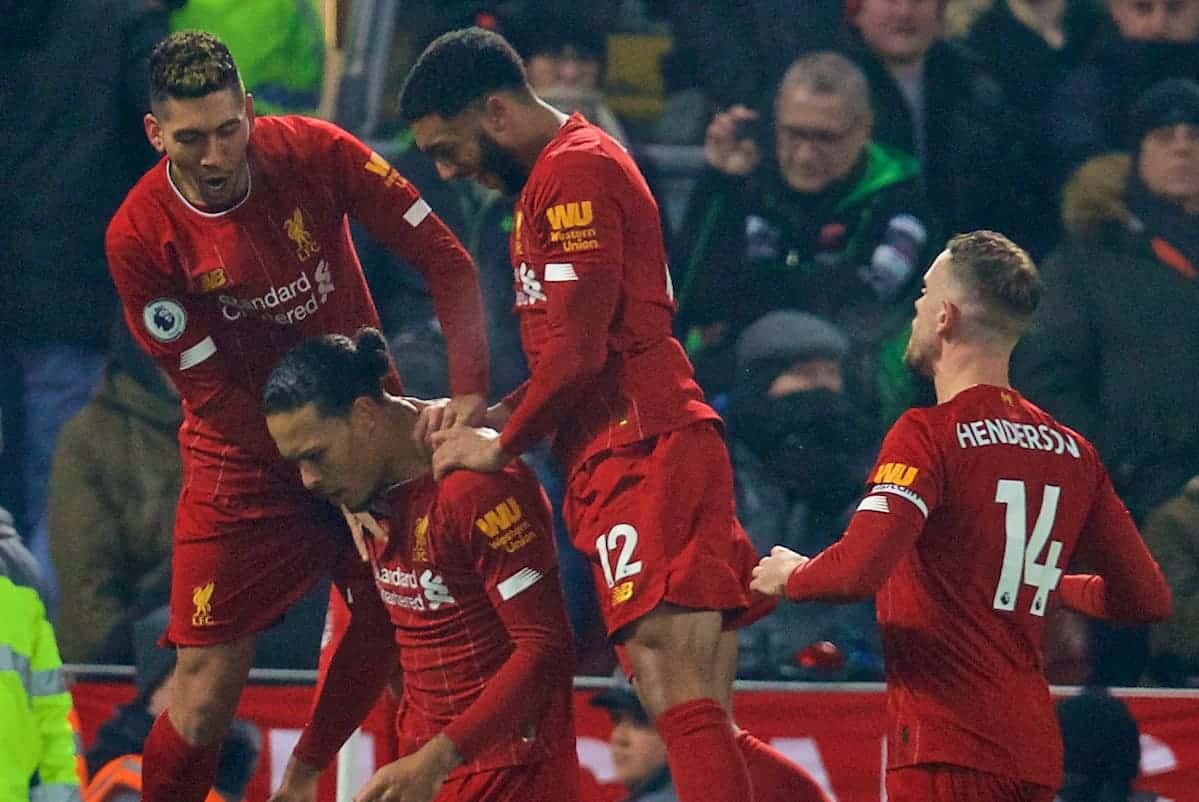 Liverpool struggled to make their chances count but a goal in either half ensured a 2-0 victory over Man United at Anfield to go 16 points clear.

Amid uncertainty over United’s setup as Ole Gunnar Solskjaer fielded both Luke Shaw and Brandon Williams, the Reds endured a slow start at Anfield as they attempted to hold possession.

Their best opportunities early on came via set-pieces, and Virgil van Dijk made it count before the quarter-hour mark as he rose above Williams and Harry Maguire to head home and lift an initially muted Kop.

Liverpool should have been 2-0 in a blistering stretch as Van Dijk challenged David de Gea for a high ball and, with the Spaniard failing with a weak effort to catch, Roberto Firmino curled home—only for the goal to be overturned for a ‘foul’.

The linesman’s flag then rightly ruled out a stunning team goal that saw Gini Wijnaldum squeeze it past De Gea after a phenomenal pass from Alex Oxlade-Chamberlain, with the Reds rampant throughout.

Fortune and the imperious Alisson kept Andreas Pereira from equalising with two efforts late on, while a fine stop kept out Sadio Mane when one-on-one as the half ended at 1-0. 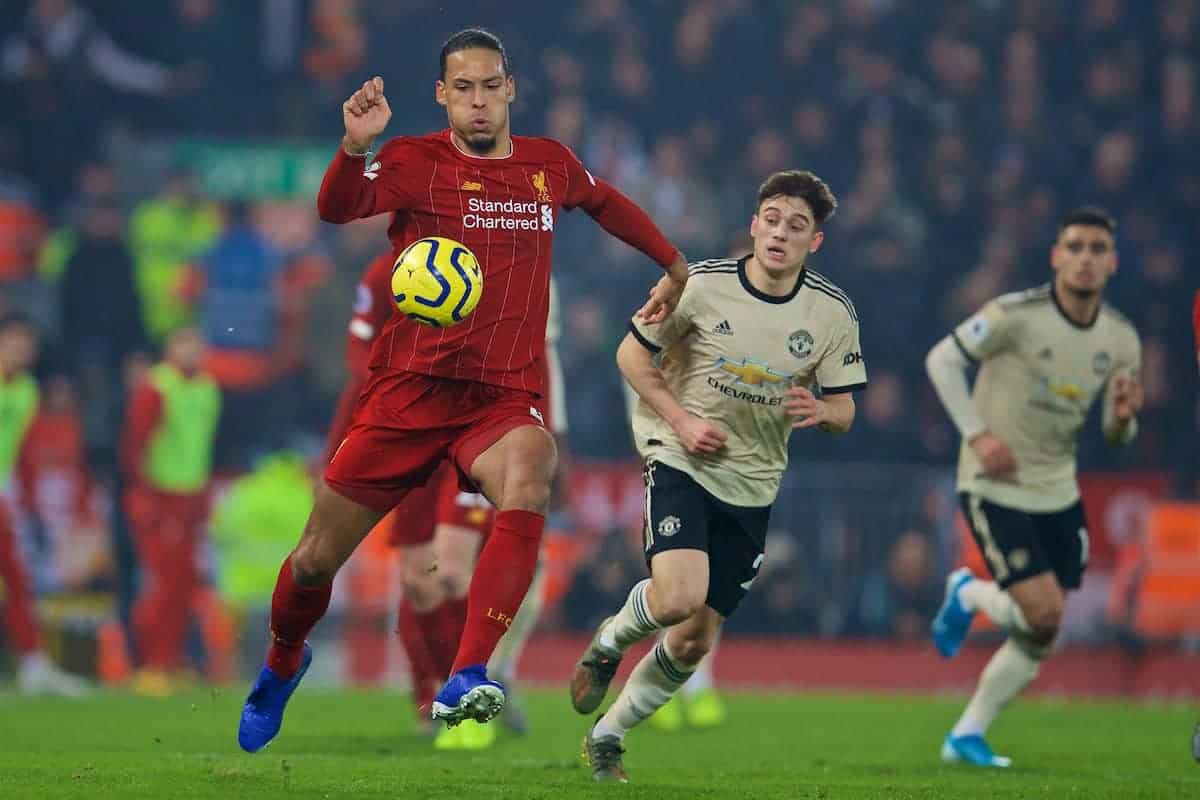 Liverpool came out the blocks like a side possessed as the second half got underway, with Mohamed Salah miskicking with a close-range effort before Jordan Henderson saw a left-footed shot cannon off the post via De Gea’s touch.

The clinical edge was lacking as Mane squeezed another shot just wide, while Anthony Martial served a warning as he blasted over the bar from close range.

Klopp reacted with a familiar change as Adam Lallana replaced Oxlade-Chamberlain, with the No. 20 urging his team-mates to pick up the intensity.

Oxlade-Chamberlain hammered the bench in frustration as he took his place in the dugout, with the manager taking a cautious approach as he eases him back.

The final 10 minutes heralded the return of Fabinho from injury, with the Brazilian tasked with providing stability to a game slipping out of Liverpool’s grasp.

It was a nervy end with Van Dijk needing to be at his best at the back, and Salah secured the two-goal victory with a finish underneath De Gea from Alisson‘s long-range assist.