Curtis Jones scored an incredible late hat-trick as the Liverpool under-23s booked their place in the last 16 of the Premier League Cup by thrashing Sunderland 6-0.

After a 3-0 win over Huddersfield on Friday night, the under-23s needed just a point to progress to the last 16, and hosted a Sunderland side still harbouring hopes of qualifying themselves.

Neil Critchley made seven changes to his side from three days before, with Vitezslav Jaros making his second start since returning from injury and Jones, Neco Williams and Harvey Elliott all coming into a very strong XI.

It was a windy afternoon at Kirkby, but even worse up north as Sunderland endured a six-hour trip down for the game due to snow, and their difficult day was compounded with a second-minute goal from Liam Millar, converting Elliott’s perfect pass.

Elliott had the ball in the back of the net on the quarter-hour after a brilliant one-touch move prompted by Pedro Chirivella, but the 16-year-old was ruled out for offside in a dominant start for the young Reds.

Liverpool continued to push for another as the first half wore on, with Elliott and Jones bright in their roles outside the penalty area and Millar and Joe Hardy dangerous as they raced through, but despite a flurry of chances a robust Sunderland defence held on. 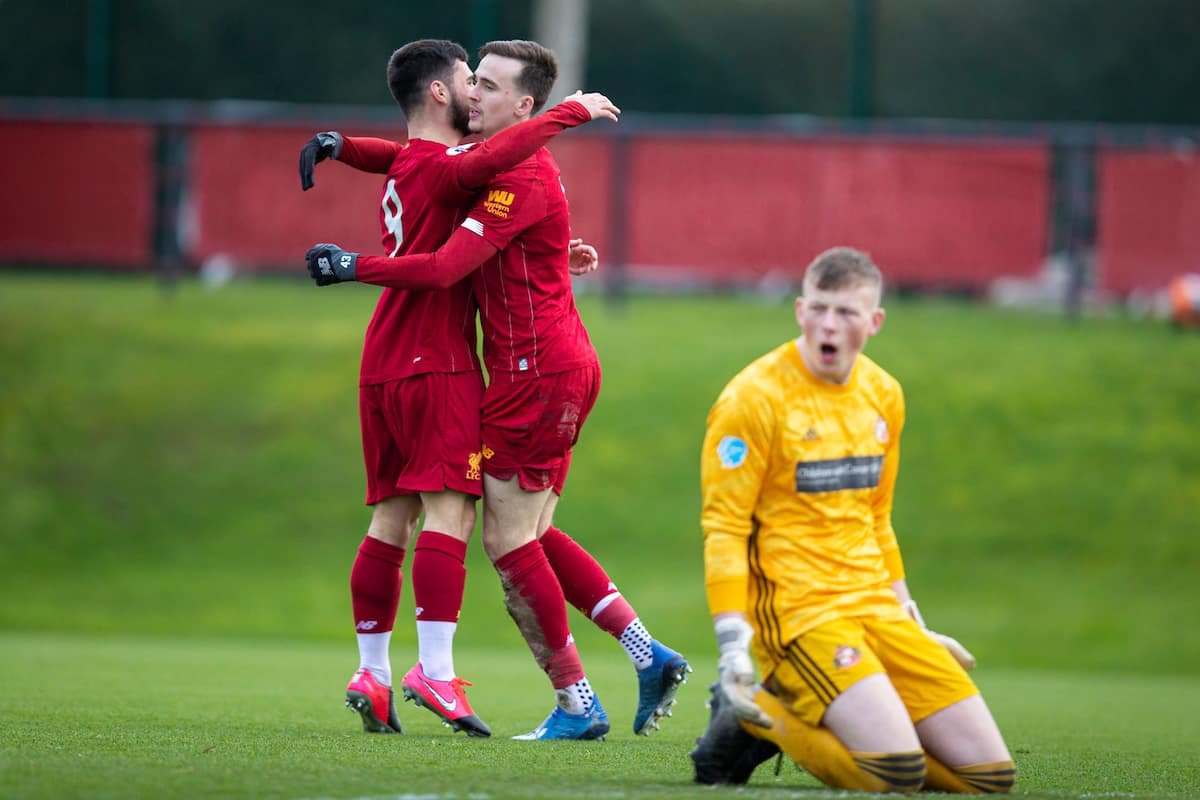 The second half played out in a similar fashion to the first, though Sunderland did produce some chances, most notably as Joe Hugill drew Jaros into action in the opening 15 minutes.

But Hugill’s second effort, following an error from Ki-Jana Hoever, eventually led to a Liverpool goal, with the young Reds sweeping up the other end to allow Hardy to fire home for 2-0.

Hardy doubled his tally 10 minutes later, and it was a brilliant strike from the 21-year-old, converting with a volleyed following Elliott’s burst down the right.

Jones wasn’t to be outdone, however, with the captain scoring a hat-trick in the final eight minutes of the game, two after trademark weaving runs and the last a close-range finish as the young Reds burst through straight from a Sunderland kickoff. 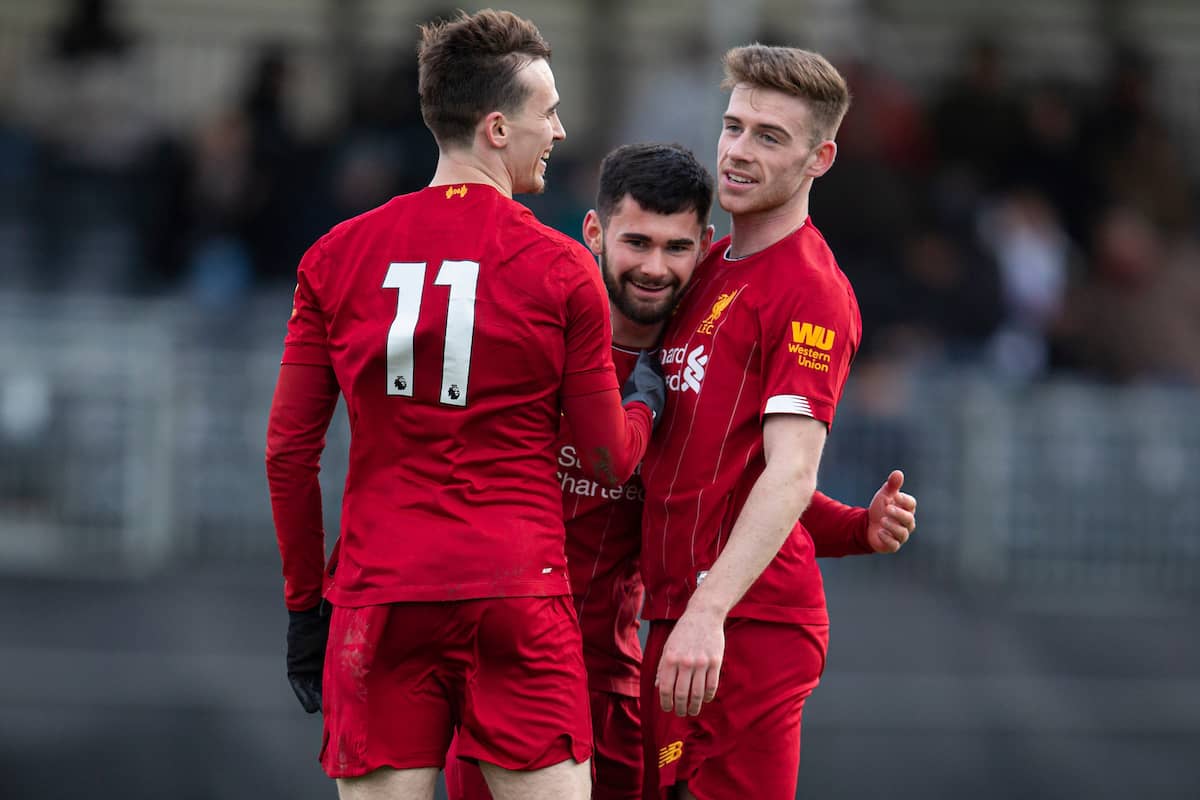 It was an afternoon with few negatives beyond a late knock for Williams, who was forced off midway through the second half as Liverpool clinched their place in the last 16.

With the trip to Chelsea to come in the FA Cup on March 3 the hope is that the likes of Williams, Jones and Elliott will be fit to feature, while for the U23s, Critchley will relish the addition of regular goals in January with two arrivals.

Millar, recalled from a loan spell with Kilmarnock, and Hardy, a low-key signing from Brentford, have already scored 10 goals between them, allowing the U23s to capitalise on their excellent buildup play after a fallow first half to the season.

There is another tight turnaround for the young Reds this week, with a trip to Blackburn coming in the league on Friday night.