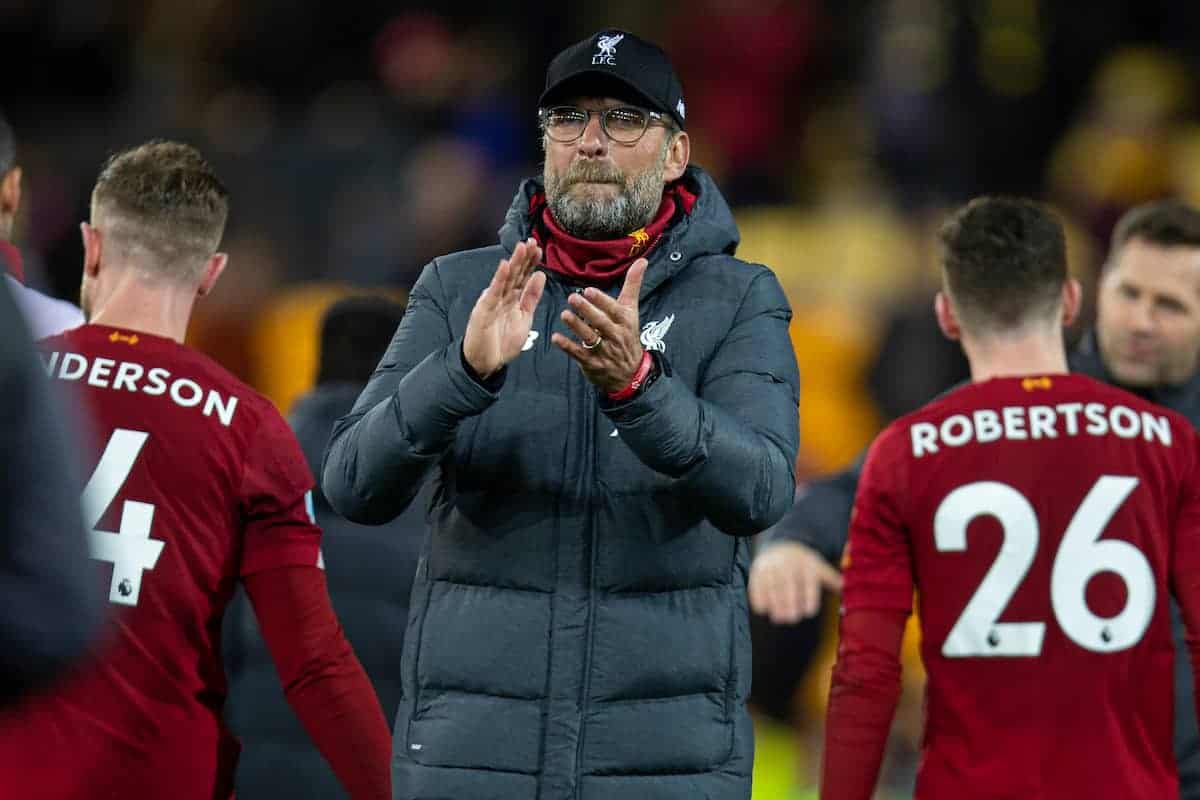 The wind and rain of Storm Dennis spoiled any chance of attractive football, and the Reds rode their luck en route to yet another league win.

The Reds will now make the trip to Atletico Madrid for Tuesday’s Champions League last 16 first-leg clash, with Klopp tipping Mane to be ready to star again in Spain.

“It helps when you have such quality on the bench to bring on,” said Klopp.

“Yes Sadio could have started today of course but I want to have a free decision for Tuesday.

“You don’t think they should play two games in such quick succession.

“The quality of the others is just too big that you have to push somebody through.

“It was perfect for Sadio to have a few minutes but it looked like he was ready, yes.”

Liverpool flailed for fluency in a challenging first half as the conditions ruined the Carrow Road encounter.

Mane removed any frustrations though by plucking Henderson’s lofted pass out of the air with a fine first touch, before poking past Tim Krul to kill the Canaries’ stubborn resistance.

Mane had hobbled out of Liverpool’s 2-1 win at Wolves on January 23, but was quickly back to his best in Norfolk on a stormy Saturday night.

Mere formalities remain before Liverpool seal their first top-flight title since 1990, but manager Klopp admitted his side had struggled against the elements in Norwich.

“It’s easy to talk about the wind and things like that, but on the pitch the boys have to deal with it,” said Klopp.

“We played for sure two, three, four long balls too many and the formation wasn’t prepared for that.

“So we weren’t there for the second balls. Our positioning was not exactly like it should have been.

“Once we changed in this specific formation, and [Todd] Cantwell reacting on him like man-marking.

“Then our midfield was sometimes surprised by the long balls of our centre-halves so didn’t push up early enough. It was obviously much better in the second half.”

Norwich’s plight at the foot of the Premier League took another turn for the worse, but boss Daniel Farke is refusing to accept defeat in the Canaries’ battle to avoid the drop.

“It’s a muscle fibre problem in his hamstring,” said Farke.

“It was very painful for him, he left the ground on crutches so it will be a few weeks that he’s out.

“I hope the season is not over for him.