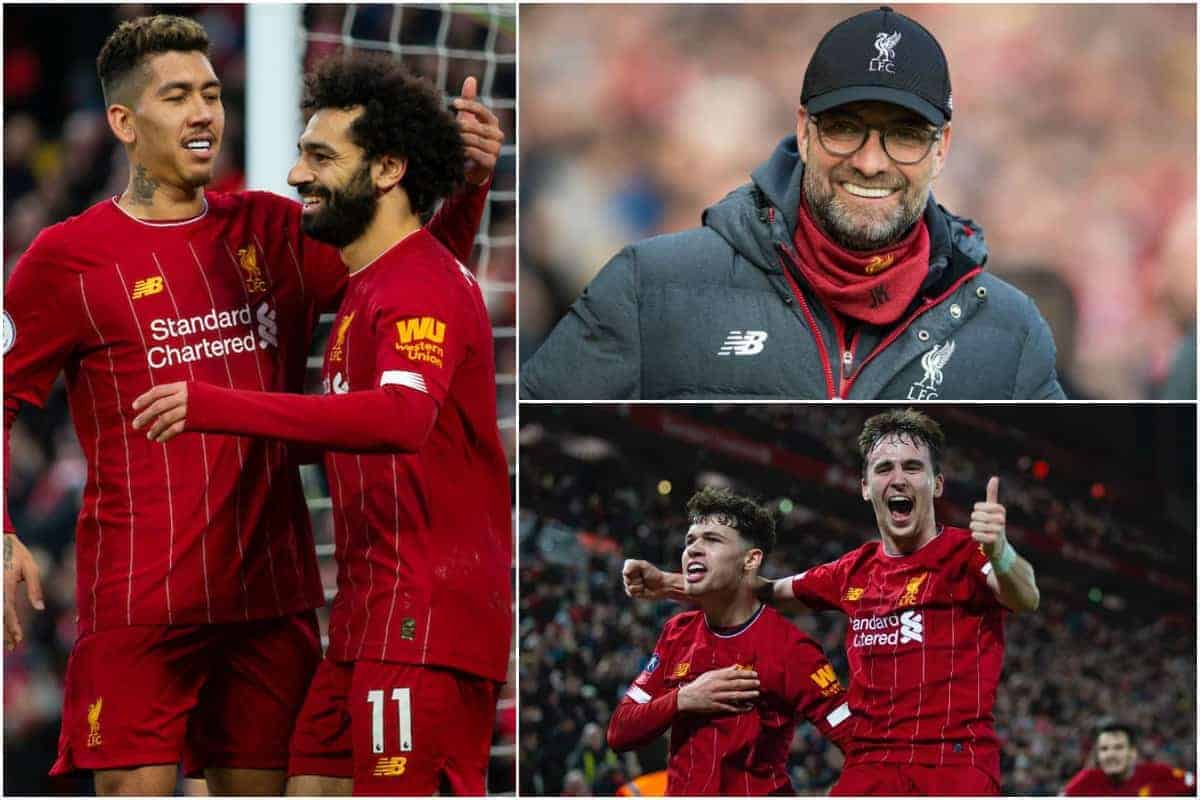 Liverpool secured two monumental wins over Southampton and Shrewsbury this week, with both the first team and the club’s youngsters impressing.

The week that was for Liverpool was one which served up a number of noteworthy moments for the club across both its first and youth team.

Jurgen Klopp‘s chargers first were faced with the task of overcoming an in-form Southampton outfit, which after a testing opening half saw the Reds pile on the misery to inflict a 4-0 defeat on their counterparts.

The result moved the Reds 22 points clear at the Premier League summit, a lead which remained intact after Man City fell to defeat at Spurs the following day.

While Klopp’s men then jetted off to various parts of the world to enjoy their winter break, Neil Critchley and his assembled youth side were presented with the chance to secure a place in the fifth round of the FA Cup with a win over Shrewsbury.

And they did just that after an own goal the way of the visitors secured a well-deserved win in front of the Anfield faithful.

It was certainly a week to remember for all those associated with the club, but how well can you remember it – and remember no googling.

Can you get all 10 questions correct?