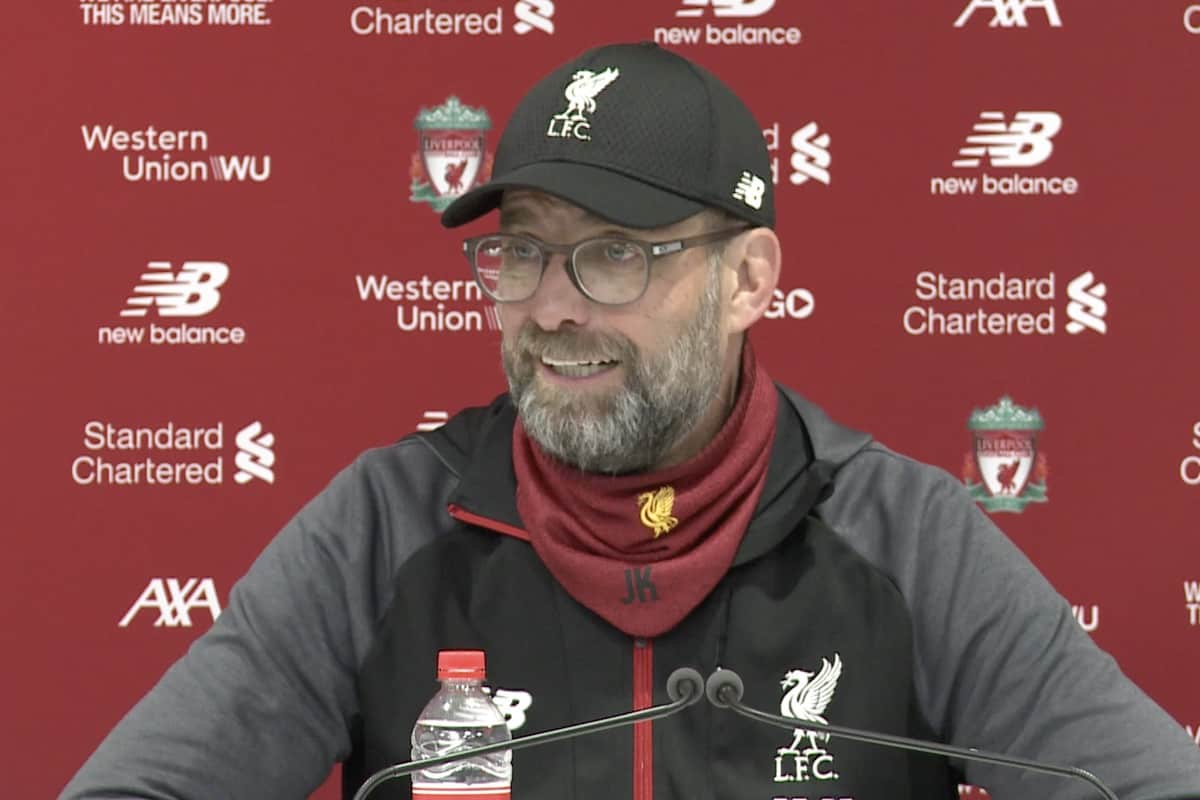 Jurgen Klopp was left in awe of the “incredible” feats his Liverpool side are achieving after coming from behind to clinch a 3-2 win over West Ham.

It was an evening whereby the Reds were far from their best but after overturning a second-half deficit, the result epitomised all that is this Liverpool side who are surging towards the title.

The boss had anticipated a tough encounter as David Moyes’ side continue to fight for their status in the topflight, and the evening transpired as he had expected.

Gini Wijnaldum got Liverpool off to flying start before the Hammers struck twice through Issa Diop and Pablo Fornals, but Mohamed Salah and Sadio Mane were on hand to complete the comeback with just over half an hour left on the clock.

After the game, Klopp took a critical eye of Liverpool’s deliveries into the box and touched on Alex Oxlade-Chamberlain adding much-needed impetus into the team immediately after his introduction.

“They got the momentum. We tried to change at half-time, then they scored the second goal. We were forced to be patient and increase the pressure,” Klopp told reporters.

“Our crosses were too hard sometimes, they looked like shots. Our second goal was really good play.

“The third goal was good reactions. The best goal we scored was the disallowed one – I liked it a lot, it’s how we want to play.

“Ox came on – the first thing he did was a finish. Then dribbling. We needed direction…and he was certainly direct. The dynamic helped there and our people appreciate that and it helped.”

The result equalled Man City‘s record of 18 successive league wins and the club’s own English league record of 21 successive home league victories and this time around, there was no hiding away from how “special” the feats of this team are.

“At the beginning, I said we want to create our own history,” Klopp continued.

“The boys took that really seriously. It’s special, the numbers are incredible. You can only have these numbers if you win all the games, the easy ones and the difficult ones. That’s what count. We know it’s special.”

The boss also touched on how Trent Alexander-Arnold “is a proper member of the squad” and being “100 percent ready” for the next challenge, which comes in the form of a trip to Watford on Saturday.