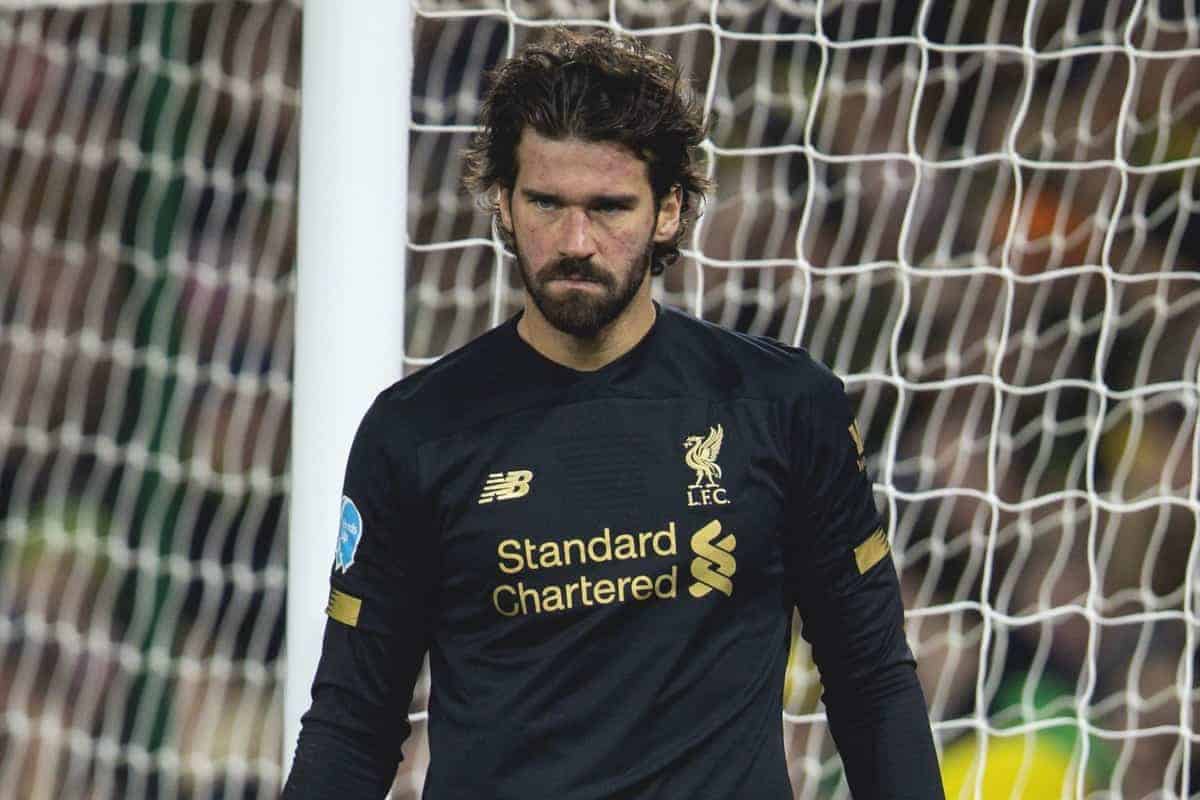 Jurgen Klopp has revealed that Alisson has been ruled out of the Bournemouth game with a hip injury, and will miss the all-important clash with Atletico Madrid.

With Liverpool in search of a return back to winning ways after suffering three defeats in their last four games, they have been dealt a big blow in the form of Alisson.

Since returning from a calf injury sustained on the opening day of the season, the Brazilian has been an ever-present in both the Premier League and Champions League.

But he is set to miss the visit of both Bournemouth and Atletico Madrid after Klopp revealed he had picked up an injury in training prior to the FA Cup clash with Chelsea.

His return has been pencilled in for “after the international break”, meaning he is also set to miss the meeting with Everton on March 16.

“Unfortunately Alisson is out. In training before the Chelsea game, little incident – we all thought it was nothing and he would not play anyway,” he told reporters.

“The plan was that he [would be on the bench] but then we thought we don’t have to take any risks so left him out of the squad.

“[He had a] scan the next day and they found something and so now he is out – we will see next week for sure.

“It is a small muscle, in the hip region, you [the media] could all do your work still but a professional goalkeeper is slightly different so that’s the situation.

“I would say after the international break he is back 100 percent, but whatever we can get before that we will see.”

It means Adrian will now retain his place in the side after earning his first start in the defeat at Stamford Bridge since the trip to Shrewsbury and will again be called up for the all-important last-16 clash against Atletico.

It is an unexpected and major blow for Liverpool as they look to progress to move within nine points of the title and progress to the last eight in the Champions League.

The latter of which Jordan Henderson “has a chance” to feature in as he continues his recovery from a hamstring injury in Madrid, but an appearance against the Cherries is too soon.