Eddie Howe has described Bournemouth‘s trip to Liverpool as their “ultimate test” of the season, insisting his side can’t “play ‘OK'” and expect a result.

The Cherries head to Anfield on Saturday on the back of a 2-2 draw with Chelsea, and having won two of their last five games in the Premier League.

But those two victories amount to a third of their tally for the league campaign overall, and Howe’s side sit 18th in the table having taken 27 points from 28 games.

Liverpool’s 3-0 defeat to Watford proved that Bournemouth cannot be underestimated despite their lowly status, but at home and having not lost to their weekend opponents since the 4-3 shock at Dean Court in 2016, the Reds are rightly seen as favourites.

Man City and Gillingham are the only clubs Howe has a worse record against as a manager, with just one win in 12 meetings with Liverpool, and speaking on Friday he outlined “the ultimate test” for the Cherries.

“We know this weekend is probably the ultimate test this season. We’ve got to rise to it, embrace it and attack it,” he said.

“The most important quality we can have this week is belief.” 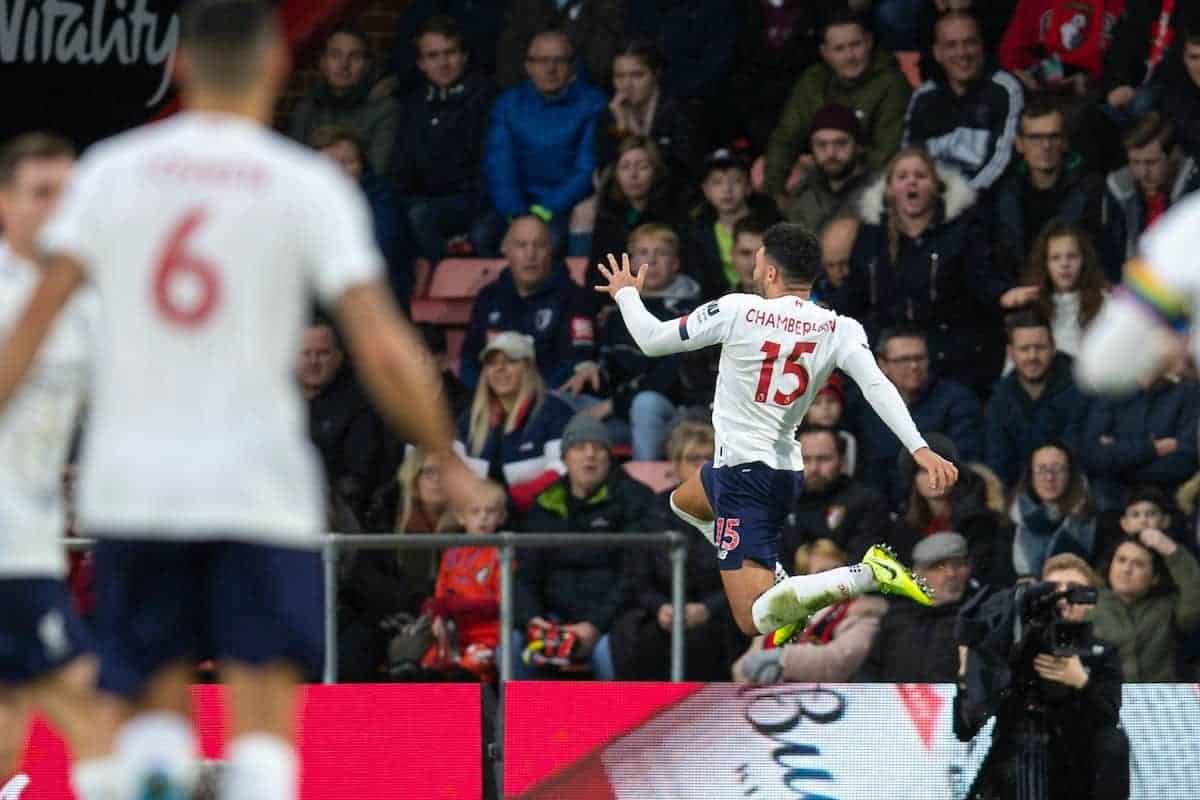 Howe, as ever, offered considerable praise to Jurgen Klopp‘s side, overlooking their recent setback of three losses in the last four games to hail their “consistency.”

“[It] is their standout quality. They’ve got quality players and an outstanding manager and the way they play is so difficult to play against,” he continued.

“However, to reproduce that quality week-on-week stands out.”

That is apt, as though perceptions of Liverpool have altered following the end of their unbeaten run, they have still won 26 of their 28 league games to establish a 22-point lead at the top.

Victory over Bournemouth would reduced the points total required to seal the title to just nine, though Howe will be hoping a side potentially boosted by the return of Lloyd Kelly can produce a similar display to at Stamford Bridge last week.

Kelly was a target for the Reds last summer, before the club pulled out of a deal that eventually cost Bournemouth £13 million, and Howe described his return as a “big lift for everyone.”

Howe will be without Harry Wilson on Saturday, due to the terms of his loan, while David Brooks is still absent along with Arnaut Danjuma, Charlie Daniels and Chris Mepham.