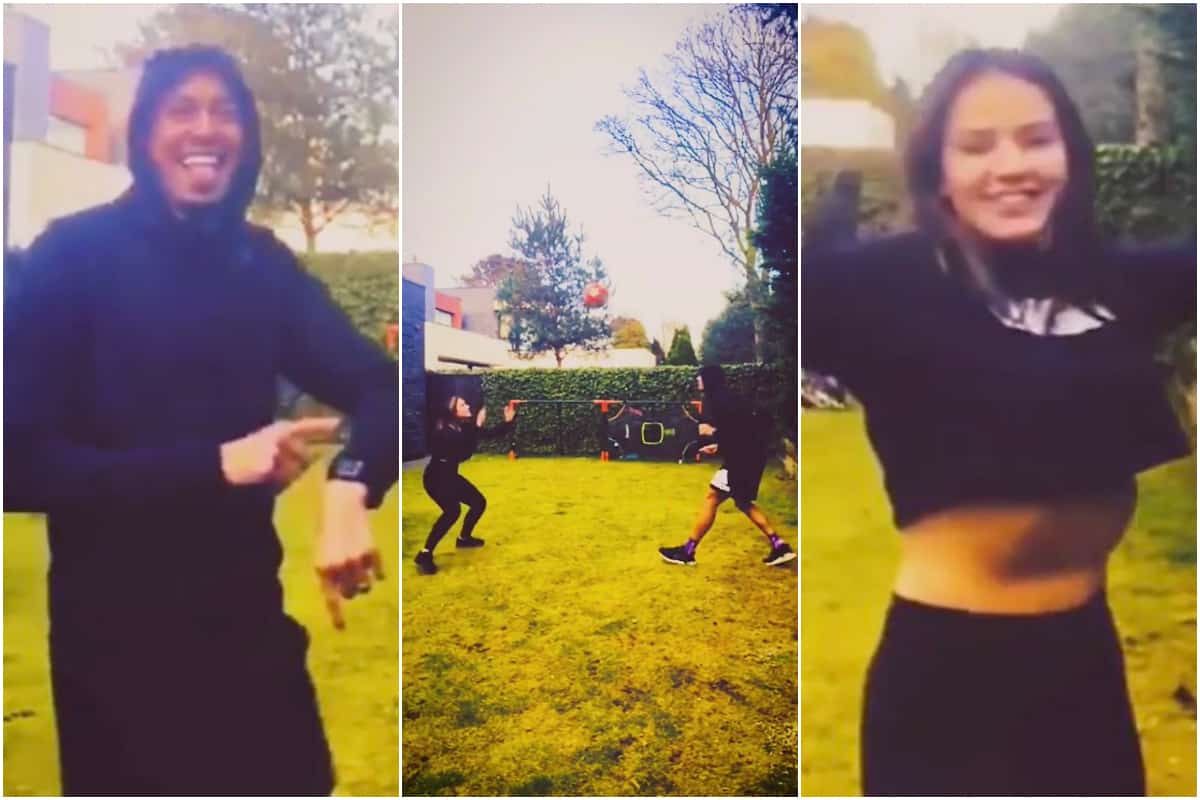 Fabinho was left hoping for a rematch after he was beaten by his wife Rebeca Tavares in a one-on-one challenge in their garden, as quarantine continues in the UK.

The Brazilian is among those in the Liverpool squad looking to keep himself entertained while in ‘lockdown’, with the 26-year-old and his wife restricted to their home.

With temperatures rising in England, many have turned to their gardens for a taste of the outdoors, with Andy Robertson, Trent Alexander-Arnold and Curtis Jones showing off their skills earlier in the week.

And in a video posted on IGTV, Fabinho shared him and Tavares “having a bit of fun in this quarantine,” though the No. 3 admitted he had been “defeated by Rebeca”:

Tavares was previously a player herself, but retired in 2018 after her husband’s move to Liverpool, with her last club, like Fabinho, being AS Monaco.

She also played in Spain while Fabinho was on the books at Real Madrid, and in an interview with Her Football Hub revealed she had been “captivated” by the sport “when Ronaldinho started playing in Europe.”

Clearly, she still has the talent as she found the top corner twice to Fabinho‘s one, savouring it in style after her husband pulled off his own ‘about time’ celebration earlier on.

When Fabinho scored his only goal of the season so far—and only his second for the Reds—with a rocket in the 3-1 win over Man City in November, he wheeled away pointing to his watch.

It has been a hit-and-miss campaign for the Brazilian, imperious prior to his injury and struggling for consistency since, but the hope is he can return to top form when football resumes.

He may need to put more time on the garden pitch if he is to defeat his wife next time!