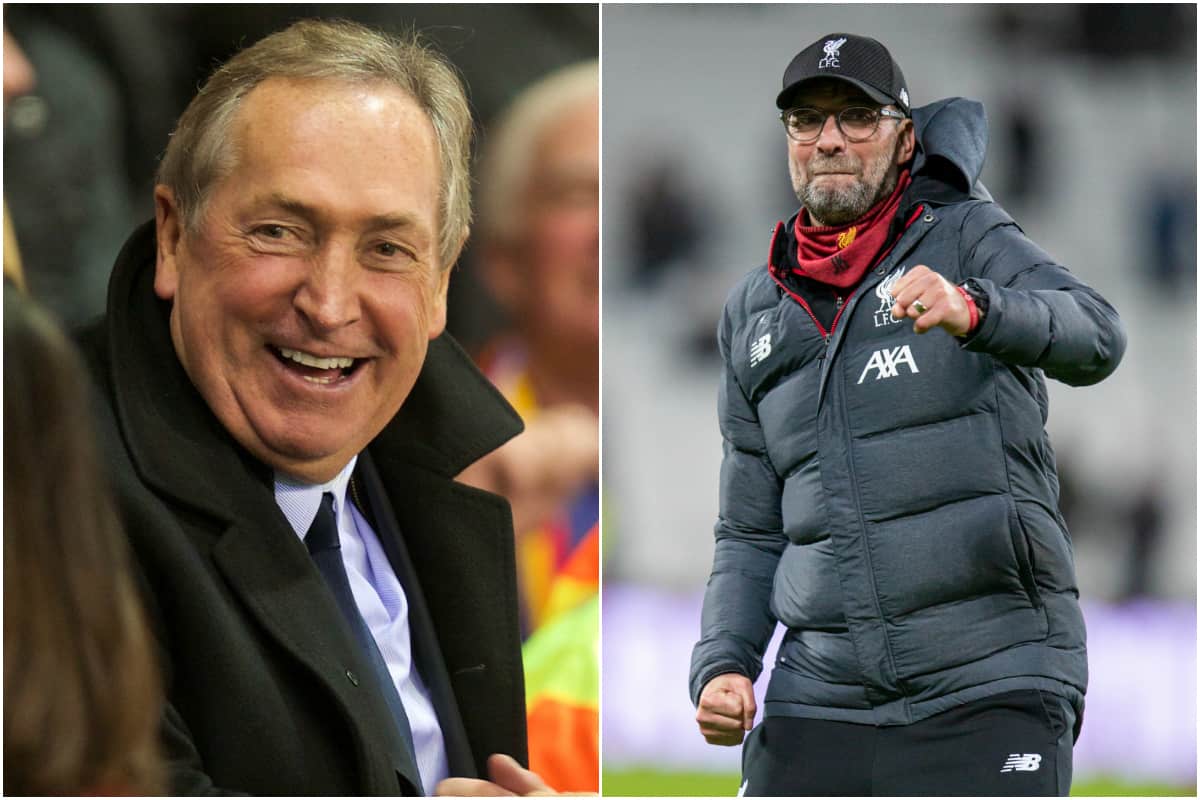 Gerard Houllier plans to congratulate Jurgen Klopp on finally bringing the title back to Liverpool, praising him as “an expert that keeps the soul of a child.”

Klopp is 12 points away from winning the Premier League for the first time in the Reds’ history, and the first top-flight league title since 1990.

Houllier is among eight managers to have attempted to do so in the 30 years on from Kenny Dalglish‘s success last time around, and one of those to have come closest, leading Liverpool to second in 2001/02.

With the title all but won bar an unthinkable collapse, Houllier spoke to Training Ground Guru‘s TGG Podcast on the progress his former side have made under Klopp, and revealed he would be visiting Merseyside to greet Klopp on his expected victory.

“He fits in well in the city and, I would say, the passion, the enthusiasm that goes round the club,” he said of Klopp.

“He’s an expert that keeps the soul of a child, which makes him so attractive.

“Thirty years of frustration. The culture of Liverpool is winning trophies, winning silverware, so at the moment the top two in terms of trophies won over their existence is Manchester United and Liverpool.

On his plans for May, he said: “Not for the parade, you have to leave that to the players of this year, but I’d like to come and congratulate Jurgen, because he has achieved what we couldn’t achieve!” 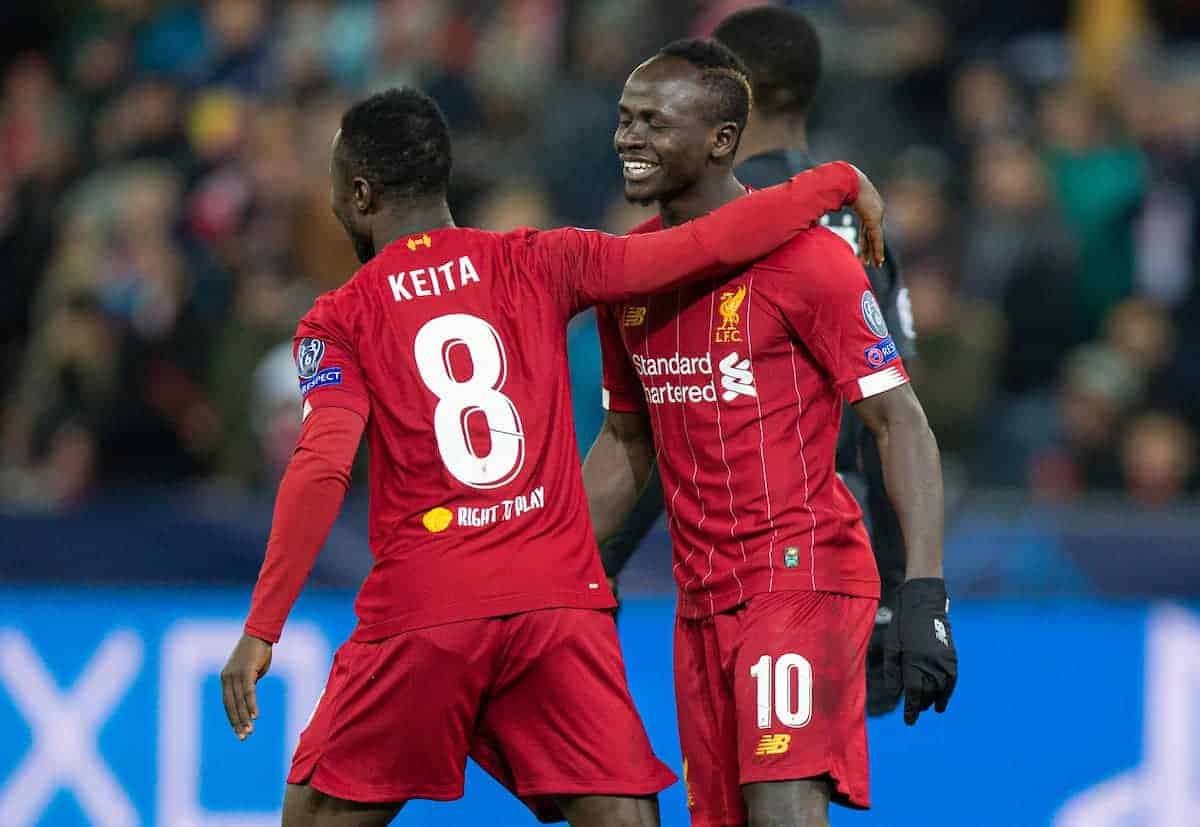 As with many others, Houllier highlighted the signings of Alisson and Virgil van Dijk as pivotal to Liverpool’s improvement under Klopp, saying “they made the difference; the team was good, now the team is excellent.”

“You need a great goalkeeper, centre-back, defensive midfielder and striker, and Liverpool have got that, they’ve got everything,” he added.

“You also need a good coach, a good manager, and Klopp is ideal for Liverpool.”

Houllier himself had a hand in the journey of a host of current players to Anfield, including the discovery of both Sadio Mane and Naby Keita in his role as head of global football for Red Bull.

“I bought [Mane] from Metz, for Salzburg. I discovered [Keita] in a second-division team in France, and I took him from Istres, a small club that was going down, to Salzburg as well,” he explained.

“Funnily enough the first time I saw [Mane] play was during the Olympic Games in London, 2012, and I bought him six months later.

“But I saw it on video first, and then I went to see a game, that’s how I managed to get him to Salzburg, from Salzburg to Southampton, from Southampton to Liverpool.

“He’s in the right club for him. He was quick, he was fast, he had international quality, good technique and he could score goals and make goals.

“Keita was different, he was more sort of a playmaker from behind. He’s had a good career so far: Salzburg, won trophies there, then Leipzig.” 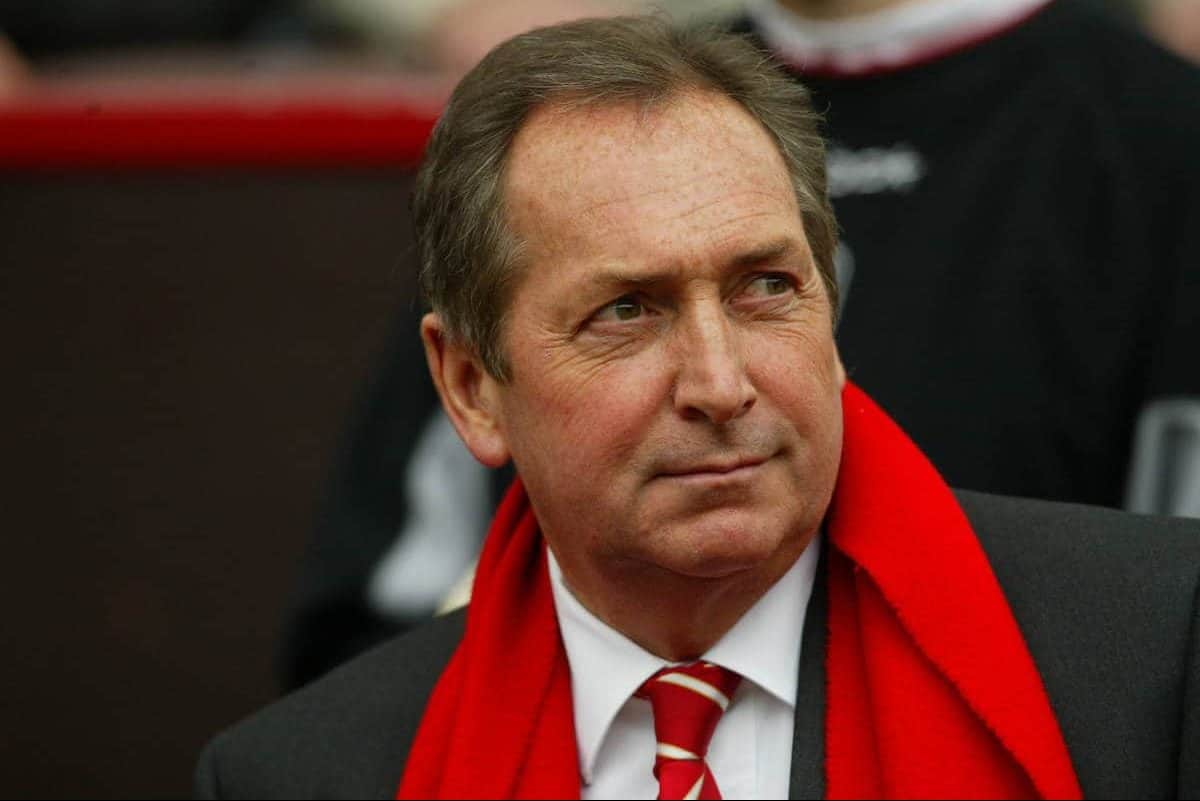 Takumi Minamino is another who has made the switch from Salzburg to Liverpool, while the Reds are expected to compete for the signing of Timo Werner from RB Leipzig in the summer.

It is encouraging to hear that, at 72 and having effectively left his managerial career behind him, Houllier is still busy in the world of football.

He concluded: “I keep my foot on the ball. I don’t sleep with it, but nearly!”

Throughout the interview, it remains clear how fondly Houllier regards his time with Liverpool, and how he still sees them as ‘his’ club, despite having left over 15 years ago.

He would certainly be welcomed back when he makes the trip later this year, with Klopp finally able to bring the prize the Frenchman had coveted back to Anfield.