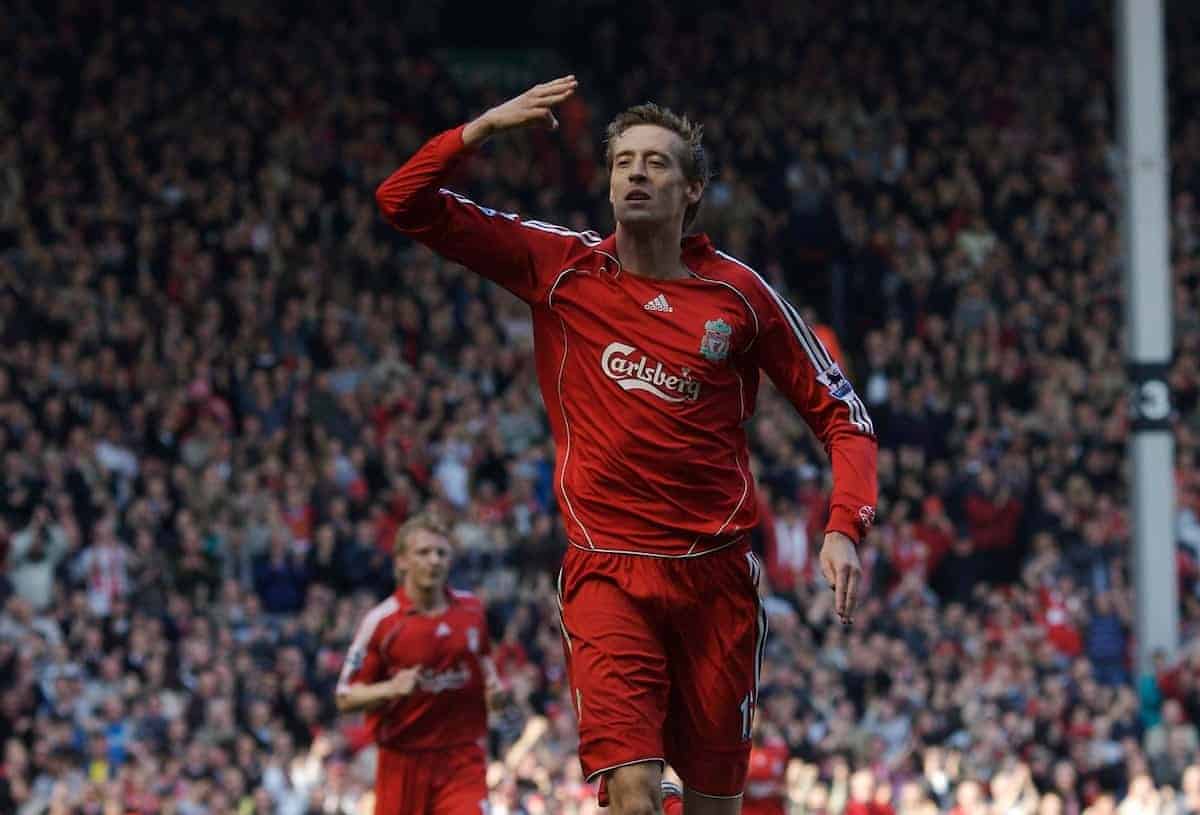 Peter Crouch has described his 18-game barren run at the start of his Liverpool career as “the worst time in my football career.”

For a striker landing at a new club, a scoring drought is their worst nightmare.

And Crouch chartered largely unsailed waters in the early days of his Liverpool career having made one of the worst starts of any player at the club.

After joining from Southampton in the summer of 2005 for £7 million, Crouch would go on to play 18 successive games without finding the net.

His confidence was through the floor and he became the butt of jokes among supporters as he went a staggering 1,229 minutes before his first goal for the Reds – which came in a comical fashion against Wigan in December. 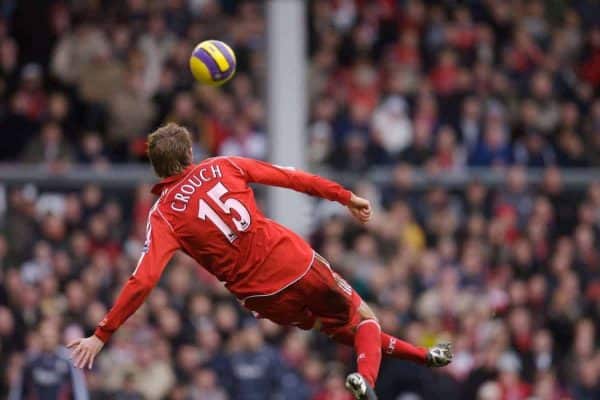 Prior to breaking his duck, however, his form hit headlines across the country and a missed penalty in front of the Kop the week prior to his breakthrough confounded the feeling of having “just wanted to hide.”

But once his goal-scoring woes were behind him he started to grow in stature beyond his 6ft 7ins frame, going on to score 42 times in 134 appearances over three years.

A cult hero and one who is held in high esteem by Liverpool fans and, the support received during and after his barren run is something Crouch will “always remember.”

“I went 18 games before scoring for Liverpool back in 2005 and I’ve been asked if I ever worried I’d never get a goal and if my team-mates were giving me stick,” he explained.

“Frankly, it was the worst time in my football career.

“I remember my dad saying ‘you’re going to a massive club, European champions at the time, just get your first goal and your confidence and you’ll be fine’.

“I thought ‘yeah I’ll get in there, get one early, get the monkey off my back and then bang’. But it just wasn’t happening.

“In my defence, I felt like I was trying to do too much. But not too many clubs would have stuck by me. I went 18 games without scoring. Everywhere I went people knew, it was on the back of the papers. 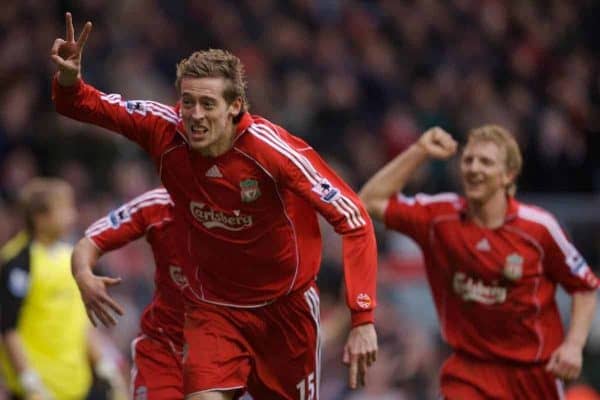 “I think the total time without a goal had clocked up to 24 hours, and on the front page one of them had Jack Bauer from 24 mocked up with different pictures of my face looking in anguish, and I thought it just couldn’t get any worse,” he added.

“I stopped watching TV and just wanted to hide in my house. It was horrible. My dad had to keep dragging me out after games and have a few beers with me because I just didn’t want to leave the house.

“Then thankfully the first goal went in – which in truth probably wasn’t even my goal – against Wigan.

“It went about 40 yards in the air and the keeper Mike Pollitt inadvertently helped me out by trying to tip it over the bar but instead it went in. At that moment, the whole ground was shaking. It was an electric atmosphere at Anfield for that first goal.

“I got a load of stick. Loads and loads. But you know what, the Liverpool fans stuck with me and I’ll always remember that to this day.”