The Premier League has reportedly briefed clubs on measures which could see football resume with a hotel lockdown plan.

Various options have been discussed between the league and club chiefs but it remains unclear as to when the season will be able to recommence.

And according to the Mirror, this plan would see players isolate in nominated hotels for “up to six weeks”, with the home team occupying half of the hotel while the away team occupy the other half.

The away team’s section would then go through a deep clean once they check out.

It has been an option which has resulted in ongoing discussions within the topflight and the report claims it is “the most likely” course of action. 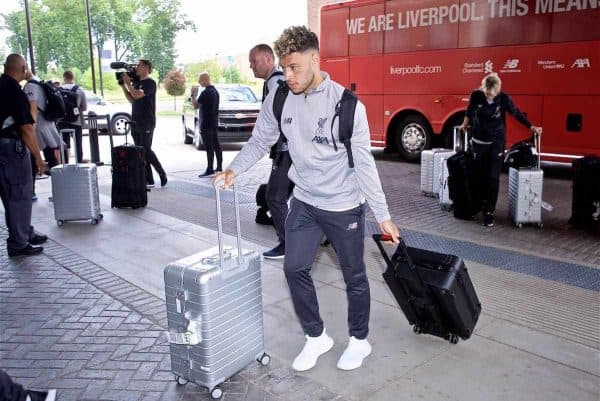 Furthermore, while the preference is to play out the remaining fixtures at the respective home teams stadium, training grounds and training centres, like England’s St George’s Park, have been mooted.

It would result in a summer tournament style approach but the Premier League, like everyone else in the UK, is awaiting the government to give the green light.

And clubs are expecting updates from the Premier League this week as the government move forward with ‘Project Restart’.

The earliest possible date to resume fixtures remains June 8, with formal training – still under social distancing measures – pencilled in for May 18, where the hope is that the final 92 games can be played within six weeks.

Arsenal returned to training on Monday under strict guidelines with individual workouts, while the Bundesliga are planning to restart on May 9 following approval from the German government.

In Italy, a return date for Serie A is being discussed as their Prime Minister confirmed their intentions to enter the next phase of their lockdown measures.

In the UK, meanwhile, lockdown measures remain in place until May 7 at the earliest and any return of the Premier League will rest on the government’s next course of action.

And Dominic Raab, the first secretary of state, has stated that professional sport may be given the nod to resume before recreational sport due to “the scale of testing that they would be able to introduce.”

However, many within the topflight rightly remain opposed to forging ahead with the season should tests impact the availability for those on the front line.

The Telegraph have reported that the Premier League has calculated that a minimum of 300 people for a match behind closed doors will be required and discussions over testing, social distancing and hygiene standards are scheduled.

A meeting with all 20 Premier League clubs will take place on Friday and could see plans of how to proceed rather than when emerge, as everything remains reliant on the developments of the coronavirus pandemic.