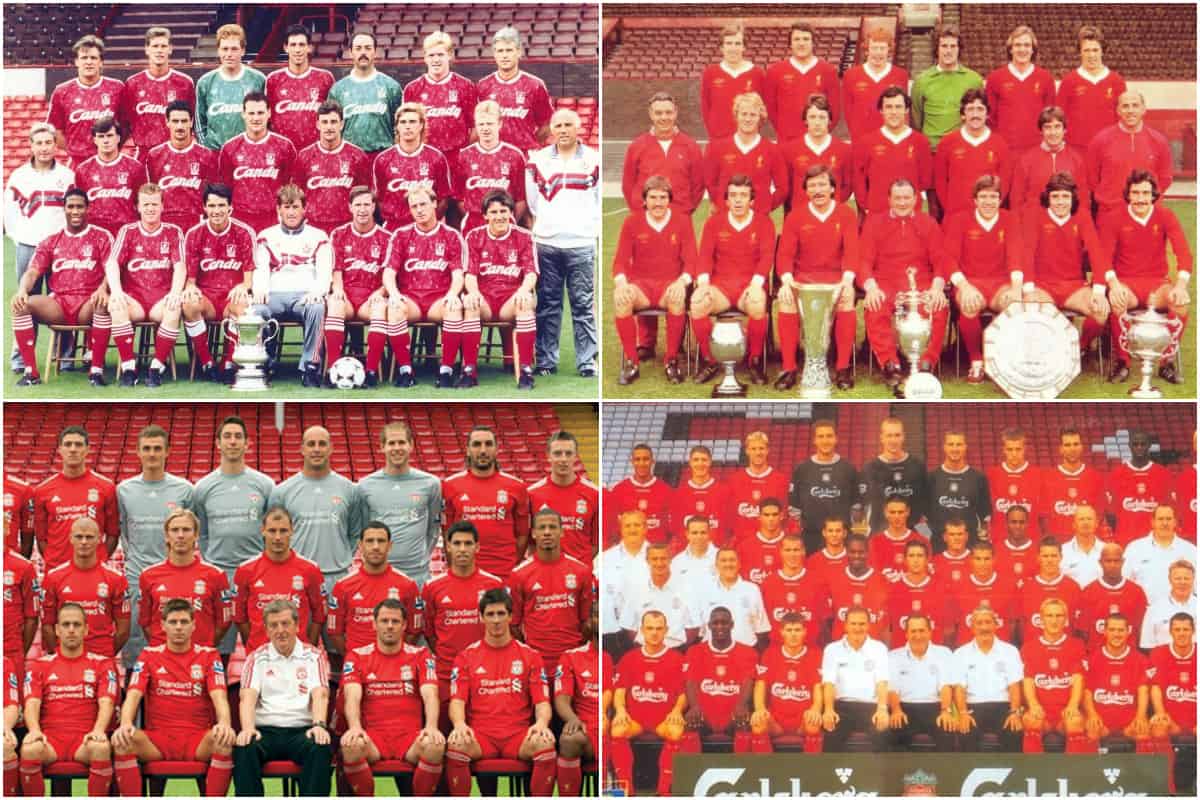 Every season, the Liverpool squad, manager and backroom staff pose for a photoshoot either at Melwood or Anfield. But can you guess the campaign from the squad photo?

The makeup of the squad photo has changed over the years: initially, it was just manager and players; now, it can include the entire staff, from goalkeepers to groundsmen.

A reminder of classic kits, new signings, trophies won and the glory days of the Boot Room, squad photos are a perfect way to relive the history of Liverpool.

So how well do you know the season based on the squad?

We’ve got 10 squad photos from the past for you – can you remember them all?