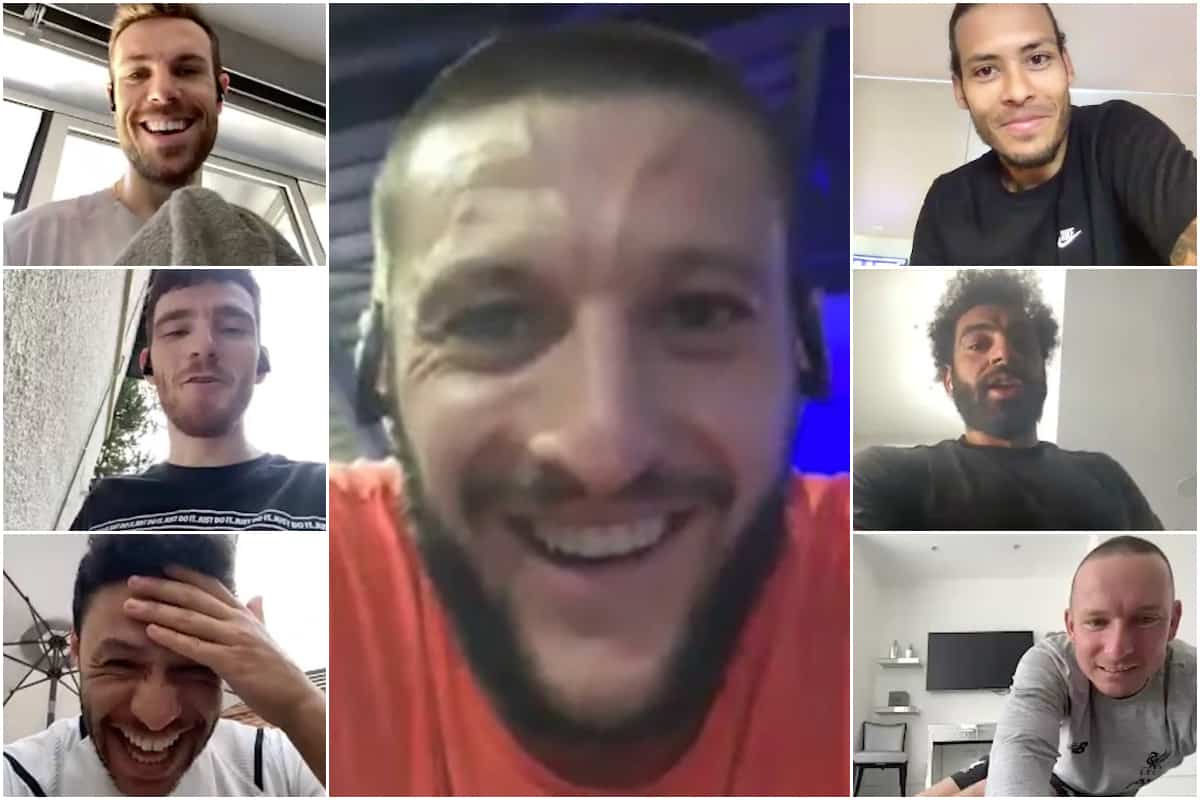 For most men around the UK this period of isolation will have led to thoughts of a drastic change of hairstyle, and Adam Lallana has gone through with the shaved head.

The Reds have been meeting every morning via Zoom to take part in training sessions away from Melwood, with Jurgen Klopp joining the squad for morning yoga.

With Andreas Kornmayer devising their programmes during this break, a variety of exercises have been issued to ensure the first team remain in shape for whenever the campaign resumes.

To entertain supporters in lockdown, the club have been providing an insight into these sessions, with the latest a spin class led by fitness coach David Rydings.

A little something to give you all that #FridayFeeling ?

Another check in with the Reds online…with one or two new-look hairstyles on show ?#StayHome, keep active and stay in touch with family and friends ?? pic.twitter.com/zl2tTWBU8C

The clip begins with Rydings allowing the squad to take a break to warm down, giving them the opportunity to turn their microphones back on and chat.

Xherdan Shaqiri welcomes his “roomie” Andy Robertson, while Alex Oxlade-Chamberlain bemoans a change to his garden furniture that has curbed his burgeoning golf career.

The biggest reveal of the video, however, comes with a new look for both Lallana and Pepijn Lijnders, who have succumbed to the urge and shaved their heads.

It isn’t the first time Lallana has done so, having opted for a more traditional look during his early years at Southampton, but this time was no doubt inspired by boredom—and a lack of access to the barbers. 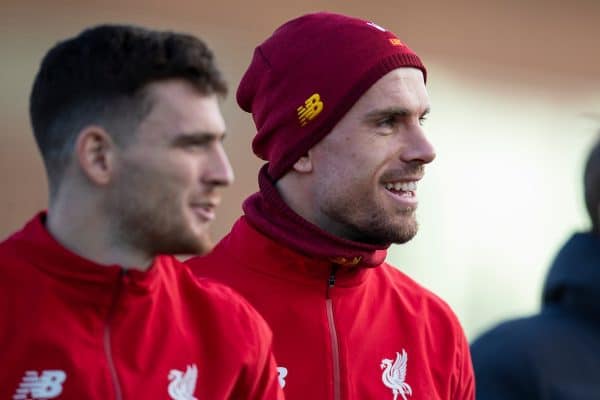 “Loving the shaved head,” Robbo tells the midfielder, who asks: “Are you going to go for it, or what?”

With the left-back doubting whether he could, Jordan Henderson chimes in and insists “we’ve all got to do it, surely,” with Robbo reluctantly agreeing.

Whether we’ll end up seeing the whole Liverpool squad without their trademark haircuts in the near future remains to be seen, but it would be no surprise if more join in.

Ox is no stranger to the shaved-head look either, but it would be great to see Virgil van Dijk and Mo Salah go for it!