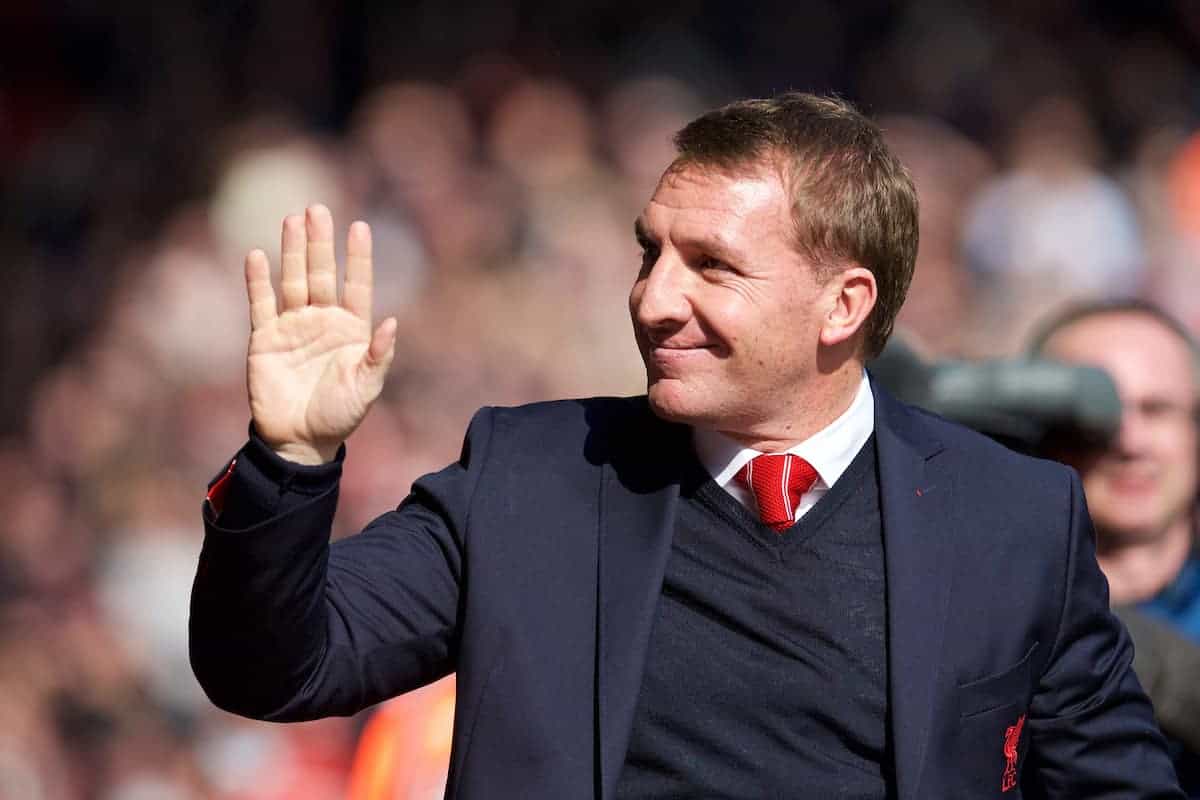 Brendan Rodgers has offered his praise to Liverpool for their “first-class” form in 2019/20, insisting his former club “absolutely deserve” the Premier League title.

Rodgers is preparing to lead his Leicester back into action with the 20 clubs resuming group training this week, with the Foxes still able to finish second.

It would be the second time Rodgers has done so in the Premier League, having steered the Reds just shy of their first top-flight title since 1990 when they finished two points behind Man City in 2013/14.

Speaking to beIN SPORTS, the Ulsterman said it will be a “real shame” that Liverpool cannot celebrate a “deserved” title with their fans, having been privy to preparations for a trophy lift and parade six years ago.

“They have been the best team, consistently, in the country, and I think they deserve it, absolutely,” he explained.

“They’ve been first class. The level of consistency and the level that they’ve played at, it would be an absolute crying shame if they weren’t awarded the title.

“They’ve got two games to go to win it, and if we get back playing I’m pretty sure that they would do that.

“There’s absolutely no doubt that they deserve it.

“It’s just a real, real shame that if they do get the title that they can’t share it with the supporters how you normally would, because they’ve been waiting so long.

“And I knew going into the last week of the season I was there, when we finished runners up, because you’ve got to go through the whole preparation [for winning the title].

“Going into the last game of the season we actually still could have won it, so that was the hard aspect of it, you were still being prepared by the Premier League that ‘if you won it, this is what will happen’, on pitchside and everything else.

“But there’s no doubt that they deserve it.”

The “real shame” of being unable to celebrate a title with no fans was compounded on Monday, which was pencilled in as the day that Liverpool would have paraded the trophy around the city.

Crowds of 750,000 welcomed Jurgen Klopp‘s side back to Merseyside after the Champions League triumph last summer, and it is safe to assume that this would have been eclipsed in the wake of a Premier League title win.

It is the trophy that every Liverpool fan has clamoured for over the past 30 years, with near-misses under the likes of Rodgers and Rafa Benitez heightening the frustration.

But it will remain an achievement to savour when, when the Premier League resumes, the Reds get the title over the line with six more points.