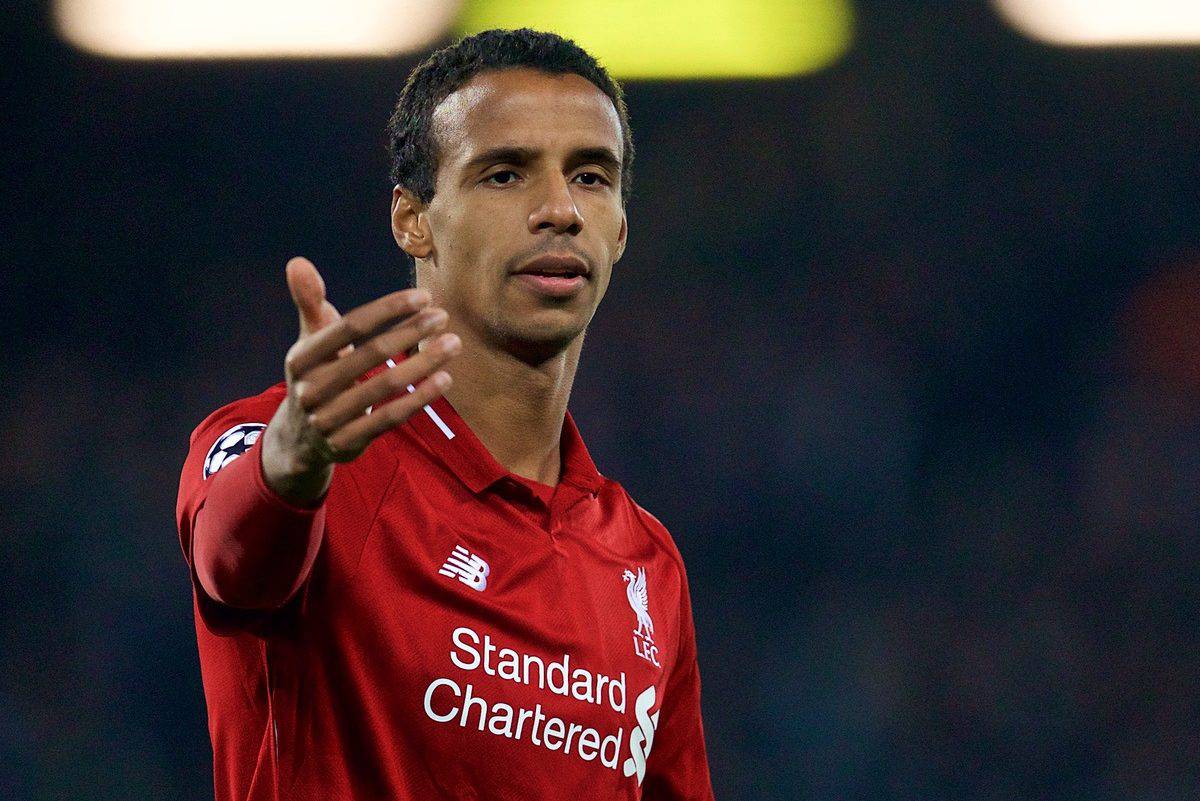 Joel Matip has labelled Liverpool’s astonishing comeback over Barcelona as his “best moment” as a professional footballer, nearly a year on from the 4-0 victory.

A quiet achiever and a figure not regularly seen away from the football field, Matip was an integral member of the success Liverpool tasted at the end of the 2018/19 season.

The 28-year-old formed a formidable partnership with Virgil van Dijk at the back end of last season, starting 20 of the final 23 games in all competitions.

Prior to sustaining a knee injury in October last year, Matip had taken over the mantle from Joe Gomez as second in line behind Van Dijk and had times even outperformed the Dutchman.

Despite his obvious talent and success with the Reds, Matip is often underrated by those outside the club, but he was a key factor in why Jurgen Klopp’s side were able to lift the European Cup in Madrid.

He was an immovable force and it was easily the best season of his career at Liverpool, in terms of both performances and team success.

And while he was the man to feed Divock Origi in the final, his first assist for the club, it was that night at Anfield against Barcelona which holds a “special” place in his heart.

“You couldn’t believe it, I would probably say it was the best moment in my time as a professional player because it was special,” Matip told LiverpoolFC.com.

“You’re completely happy and now you could relax because there had been so much tension on you. You try to be focused for the entire game and afterwards you can release and be happy.

“Singing You’ll Never Walk Alone with the fans…just amazing. Amazing and crazy and a moment I will always remember.

“Winning the final makes the Barcelona memories perfect, otherwise it’d be like a really good moment, still something really special, but winning the final creates the whole thing and made it what it was.

“The Barcelona game is so special because we won the final,” he added. “It was just amazing.”

Despite having a 3-0 first-leg deficit to overturn, Matip was left in awe of the “whole machine working together – everyone, the players, the fans” at Anfield to make the shared dream come true, one where they could “create something that we could tell our kids about in the future.”

From going in at half-time one-nil up to the aggregate scoreline reading 3-3 within 11 minutes of the second-half, Liverpool’s defining moment came with 11 minutes left on the clock.

And despite Matip having “a nice view” of what would play out, he was still left as confused as everyone else as to how Origi and Trent Alexander-Arnold combined to send the Reds to Madrid.

“I was slowly on the way to the box, so in centre-back style, I was slowly going from back to front! I thought maybe in 20 seconds there would be a corner coming in or something like this; I came forward and had a nice view of the whole situation,” Matip explained.

“It was crazy. I couldn’t believe it, I didn’t know what had happened because he just put the ball in. I thought, ‘What is this?’ Then I saw Divock there and the ball in the net afterwards…

“I was a little bit confused, to be honest. But after a few seconds, everybody was celebrating so I just joined in.”

Nearly a year on from the famous victory and the memories and feelings remain as strong as ever, it was the perfect embodiment of why we all love the game and the club as much as we do.