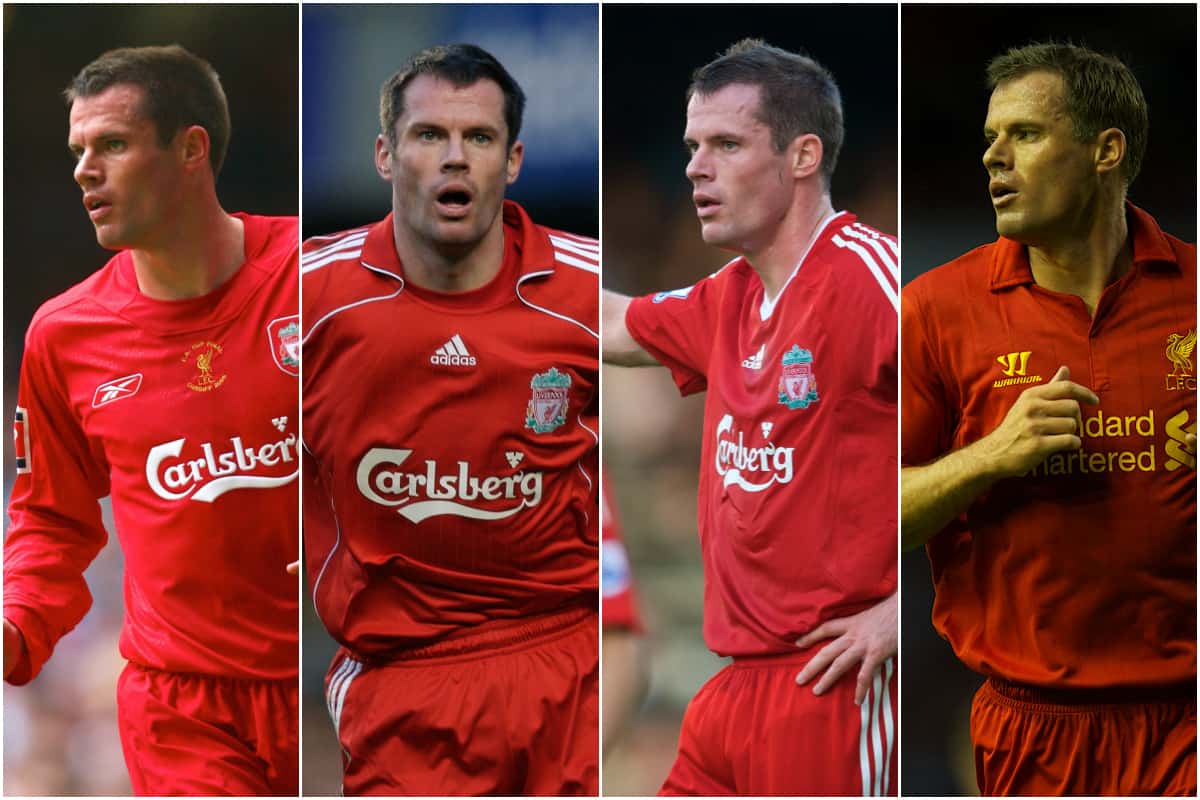 Jamie Carragher is Liverpool’s all-time top European appearance-maker, and second only to Ian Callaghan in all competitions. But how well do you know our old No. 23?

Having risen through the ranks of the academy to debut in the late 1990s, Carragher cemented himself as a legendary figure at Anfield over a 17-year senior career.

A boyhood Everton supporter, he put aside his allegiances on the other side of Stanley Park to serve the Reds with distinction, with his never-say-die approach making him indispensable to a host of managers.

Callaghan is the only player to make more appearances for Liverpool in the club’s history, with 857 to Carragher’s 737, with the defender winning 11 trophies over his time as a one-club man.

Other players may be more widely revered on Merseyside, with long-time team-mate Steven Gerrard a clear example, but Carragher holds similar claim to icon status.

So here’s a chance to test your knowledge on the No. 23, and his career with Liverpool and England.

Here are 10 questions on Carra – how many can you get right?