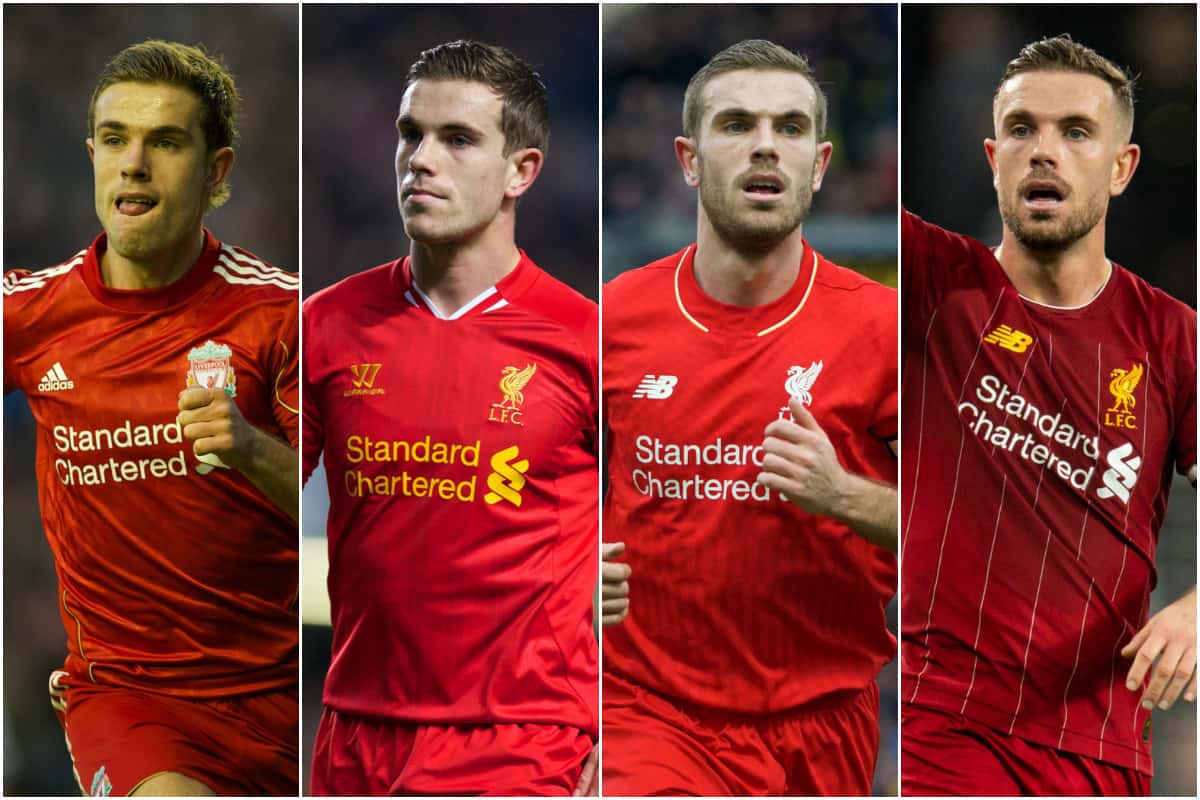 Jordan Henderson is Liverpool’s captain and one of their longest-serving players having been with the club since 2011. But how well do you know the No. 14 and his career?

The midfielder has endured one of the rockiest Reds careers in recent memory, arriving as a youngster in a turbulent time at Anfield and experiencing a major change in fortunes.

At times, he has been heavily criticised for his efforts, with the weight of the captaincy and the responsibility of following Steven Gerrard hampering him, but Henderson has battled through and gained respect on Merseyside.

He is firmly established as a key player at Liverpool, and has already broken into the top 50 in the club’s all-time appearance-makers list, with the prospect of surpassing the likes of Steve McManaman, Robbie Fowler and Gordon Hodgson in the near future.

Henderson has also led the Reds into a new era of success under Jurgen Klopp, lifting the European Cup in Madrid and going on to add further honours to his growing list.

So do you think you have followed Henderson’s career closely, and could get a perfect score in our latest quiz?

We’ve put together 10 questions on the Liverpool captain, from his days at Sunderland to his trophy-winning run at Anfield.

Get you can them all right? Give it a go!

More ‘How well do you know…’ quizzes!