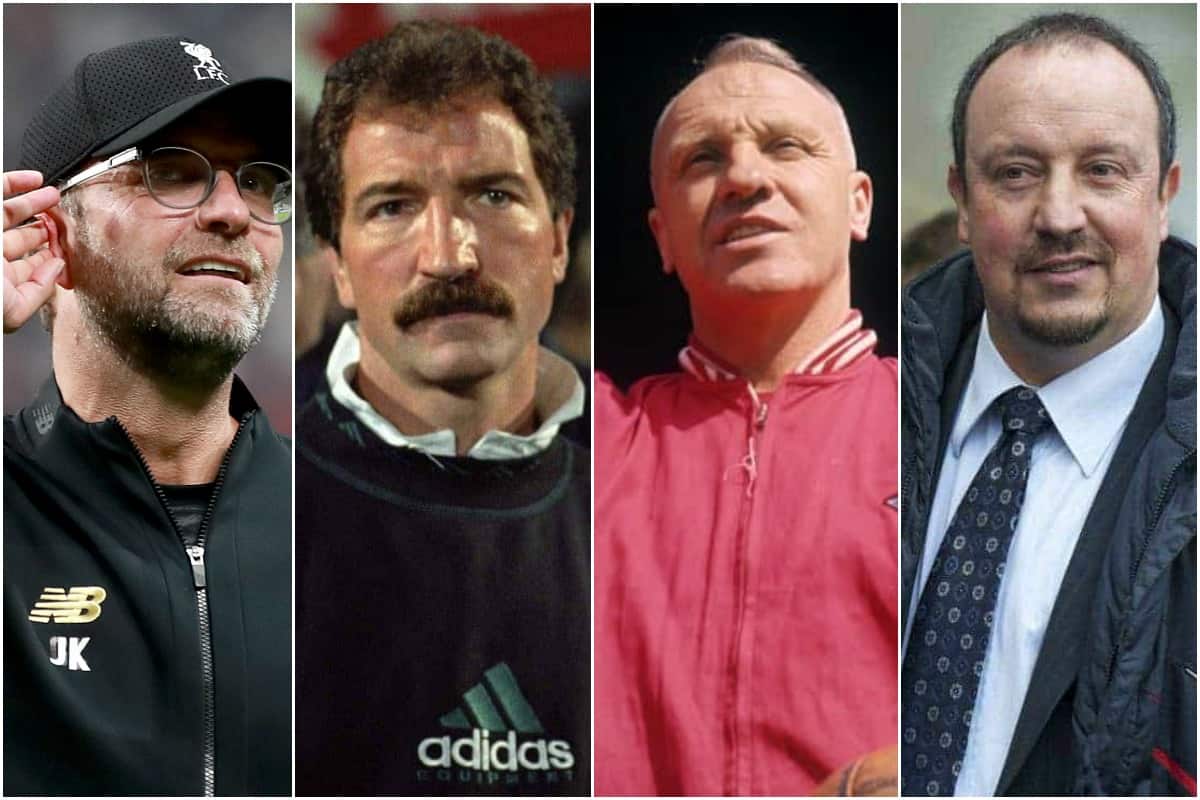 Liverpool’s list of managers is an illustrious one, each have moulded the club in their own right and as a result forged their own legacy. But how much do you know about these leading men?

The Reds have had a total of 21 full-time managers since the club’s inception in 1892, from William Edward Barclay and John McKenna all the way through to Jurgen Klopp.

Each played a part in the Liverpool we see in today, from collectively leading Liverpool to 18 league titles, six European Cup triumphs and 15 domestic cups and a myriad of other pieces of silverware.

In this quiz, we look at those who took the reigns from the time Bill Shankly stepped foot into Anfield until present day.

Think you know who a manager’s first signing was or how many games they oversaw, well now is your chance to test your knowledge.

How well will you do with these 15 questions on the managers of Liverpool?