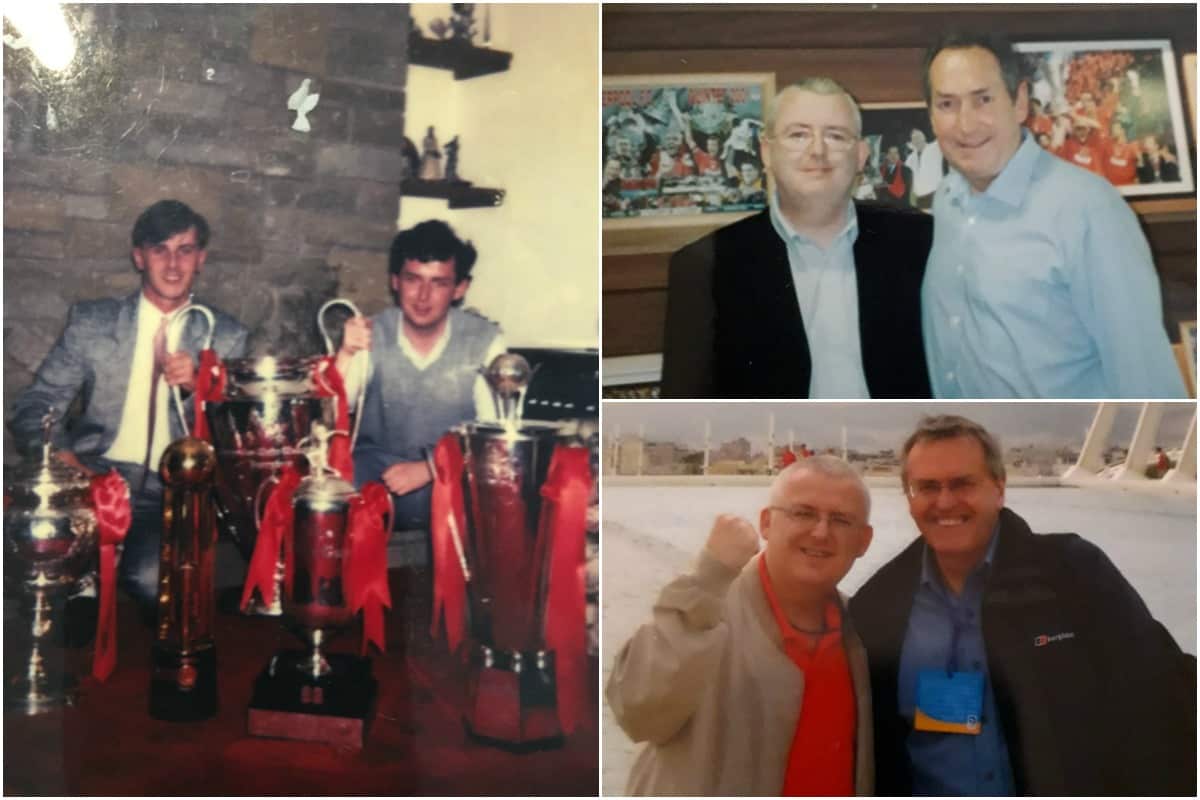 In the latest edition of ‘My Liverpool Life’, Liverpool FC club statistician Ged Rea shares tales and stories of his unique life as a Red.

I suppose like many fans I came from a Liverpool family and I am extremely grateful for that. I was taken to games at Anfield when I was very young and was in awe of the crowds, the chanting, the greenness of the grass, the stands and of course the men in red!

For someone who spends his life immersed in statistics I am a little embarrassed and frustrated to say I do not know specifically what that first game was. A family friend got tickets for the Main Stand and it was against a team that played in blue. It could have been against Leicester in August 1966 and if so it was a game we won, 3-2.

I was at Anfield for the FA Cup tie the following March vs. Everton which was broadcast on closed-circuit television with more than 40,000 in attendance, while 65,000 were at Goodison to see the game for real. 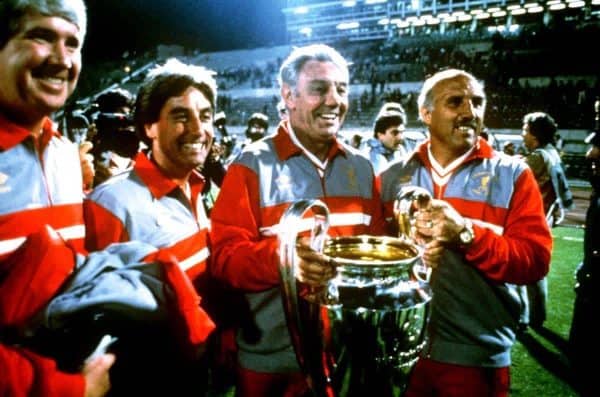 Among many wonderful campaigns this great footballing institution has had, I think 1983-84 just shades it. To become THE first English club to win three trophies in a season – contrary to what fans of another club may say – was a huge achievement.

We won the league easing up (winning only 2 of the last 8 games), lifting a fourth successive League Cup by beating neighbours Everton in the League Cup Final and then went into the lion’s den in the European Cup Final, defeating a Roma team on their own pitch that included two members of the Italian World Cup squad from 1982 plus Brazilian midfield stars Cerezo and Falcao. Being in the ground that evening is perhaps my best experience as a Liverpool fan.

..from the privileged position of the Press Box on matchday.

Needing to be on hand to report any stats to the club largely prevents me from attending away games. The home matches give me the opportunity to mix with many of those woven into the fabric of the football club, ex-players who I idolised when they were playing, as well as some of the finest football journalists around.

I have been a regular at Anfield for more than 45 years and a season ticket holder since 1984.

Its fans. From the swaying Kop of the ’60s and ’70s, the trailblazing footy fan fashion collected from foreign adventures, their creativity displayed in the banners and flags and original songs to the atmosphere on big European nights and more recently to their commitment in supporting foodbanks, highlighting their sense of community.

We have a fanbase renowned the world over for ‘You’ll Never Walk Alone’, its knowledge and sportsmanship and ability to inspire those on the pitch, especially when all is seemingly lost.

Bill Shankly based his ‘bastion of invincibility’ on the ‘12th man’ while Jurgen Klopp has again unleashed their power and indefatigable spirit.

Where ever you go in the world you always seem to bump into a Liverpool fan and along with the Beatles, the club keeps this wonderful city of ours firmly on the global map. 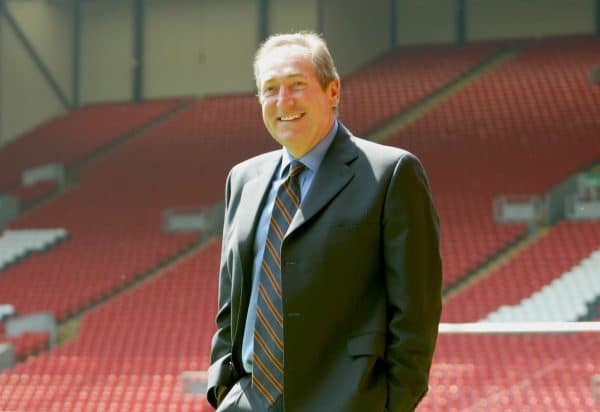 In the closing days of the 2003-04 season me and my LFC statistician colleague, Dave Ball, were invited by Gérard Houllier to spend an afternoon at Melwood, watching the team train.

It took place two days before the Reds’ penultimate game of the season at Birmingham. It was fascinating to listen to him speak so passionately about the sport and Liverpool in particular over lunch in his private dining room.

Sadly his tenure in charge was coming to a close and it was testament to the man that he afforded his time to us with so much still to play for (Champions League qualification). We both owe him a lot.

He was a lovely fella. He’s been really good to me and Dave.

The night we played Juventus in 2005, I was walking up Anfield Road and just as I turned into the gates, the stewards were clearing people and this UEFA car was coming through. There was this commotion around the car, the stewards trying to keep people at bay.

Whoever it was, they’d got halfway into the reception, and then as I’m walking past I hear ‘Ged, Ged’ and it was Gerard and he had sort of forced his way out of the throng of people to come and shake my hand and say hello.

How does it feel to know that the Liverpool manager reads your work? 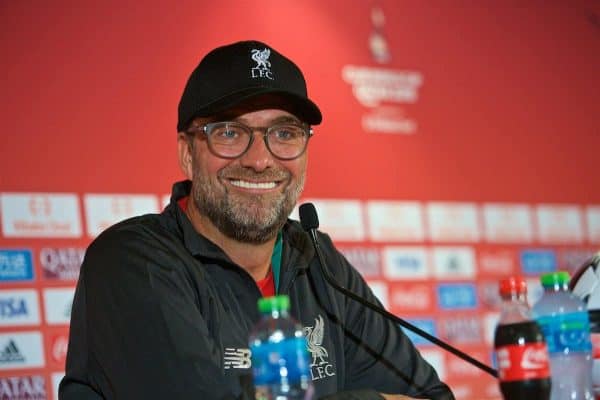 Most recently, James Carroll (Liverpool’s ‘Head of News’) phoned me from Doha, I was still in bed, and James says ‘have you sent any stats over for the final?’. I’d sent a small package over for the full tournament and we didn’t know who we’d be playing and with the quick turnaround in games I hadn’t done them specifically for the final.

So James says, can you do us a favour and knock something together ASAP, Jurgen likes to read them on the way from the hotel to the stadium (for the press conference). So I did… and they were okay apparently!

It’s rewarding to know the boss reads them! 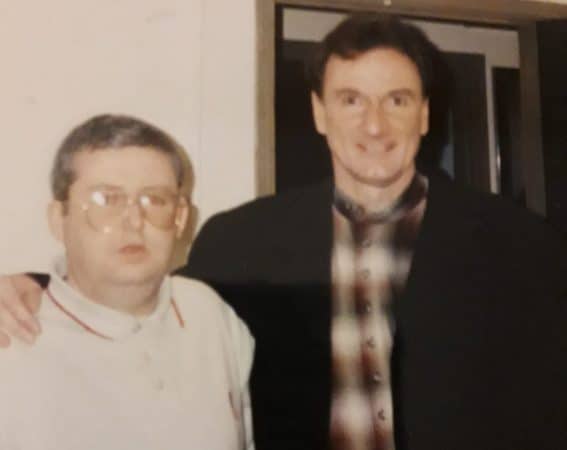 I have been fortunate enough to meet many of my heroes on many occasions and one of the best of these was spending an evening and early morning in the company of Phil Thompson.

Both of us were staying at the Sheraton Hotel at Heathrow Airport in the mid-1990s prior to appearing on Soccer AM the following day and it was a ‘pinch myself moment’ talking about football with him and Sky Sports’ Rob Palmer who had just completed a stint of La Liga commentary.

Jurgen Klopp – everything he says always seems to make so much sense and I am fascinated by not only his football ethos but also his socialist values and passion for life.

I would to love to hear the stories of how he went from being a Second Division player in Germany to become one of, if not the, best manager in the world currently.

Graeme Souness – for me, the best British midfielder of my lifetime and football’s number one pundit and his no-nonsense style on television now is just how he played. A stylish and smooth operator, I wish I had just an ounce of his self-confidence!

Jan Molby – Like my two other guests around the table when Jan speaks, you listen. He is a man with a sharp football brain and the stories of his days at Anfield and also at Ajax are most revealing and informative. He is a great storyteller.

Having met Jan many times before, he is always interested in hearing your opinion, too. He has been a favourite of mine from the day he signed and this was enhanced when I found out he was born on exactly the same day as me!

It would be an evening of many laughs and one to remember forever!

* Thanks to Ged for sharing his ‘Liverpool Life’. You can find Ged – and his wonderful LFC statistics – on Twitter @ged0407.