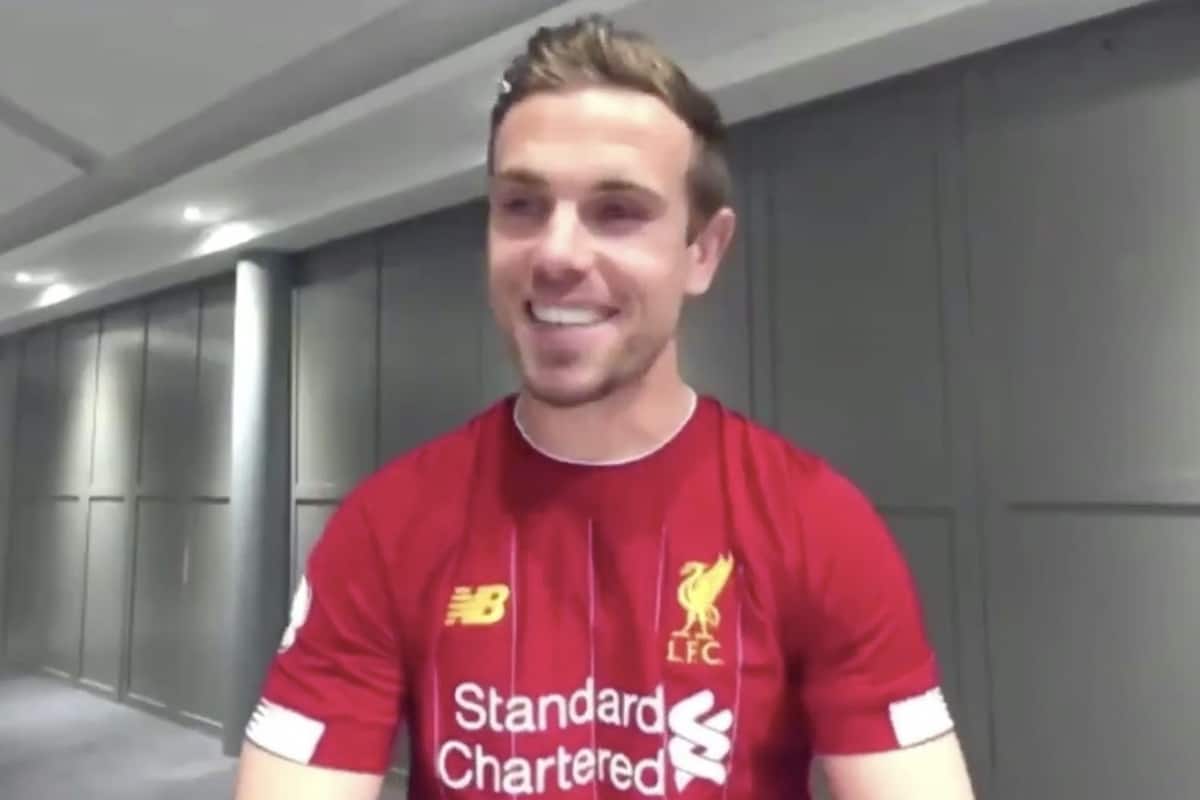 Nine years after arriving at Anfield and defying various critics along the way, Henderson is officially the club’s 10th title-winning captain, capping off a year which has seen him lift three other trophies.

It came to be after Liverpool’s 86 points proved enough at the 31-game mark following Man City‘s defeat at Chelsea, one which Jurgen Klopp‘s side watched together at the team hotel.

And while the title triumph was inevitable, focus has always been on one game at a time until the question on winning the league was no longer avoidable and the skipper embraced it, albeit being short of words.

“[It’s] amazing! I didn’t want to talk about it until this moment so it’s amazing to finally get over the line,” Henderson told Sky Sports.

“I’m so happy for all the boys, the fans, the whole club, the city and I’m just a little bit overwhelmed right now. So proud of what we’ve achieved.

“Obviously, when we won the Champions League on the pitch there’s different emotions and it was a different experience watching the game and then the final whistle going and being able to be with everyone was amazing and another moment in our lives that we’ll never forget.

“Pretty good, to be honest, I’m just lost for words at the minute – it hasn’t really sunk in. You never really think of this end moment, you’re always just concentrating on each game and then when this moment comes I can’t really describe it!”

Henderson also had words reserved for the boss as he grew increasingly emotional as the title triumph started to sink in.

“I said after the Champions League final it wouldn’t be possible to do that without the manager and it’s the same with this title,” he continued.

“From when he came in, no disrespect to the managers before him or worked with before because we have come close, but I felt from day one he just changed everything and everybody followed him and believed in him.

“So far it’s been pretty special, an amazing journey and I hope we can just continue, stay hungry and keep wanting more.

“The biggest thing he’s got is no matter what, we all follow him, we all believe in him and he’s taken us to this point really so this wouldn’t be possible without him.”

The skipper’s words are in line with what Klopp has imparted on his squad since his arrival, but there is no doubt time will be dedicated to celebrating a Premier League title, which for most, will be the first of their career.