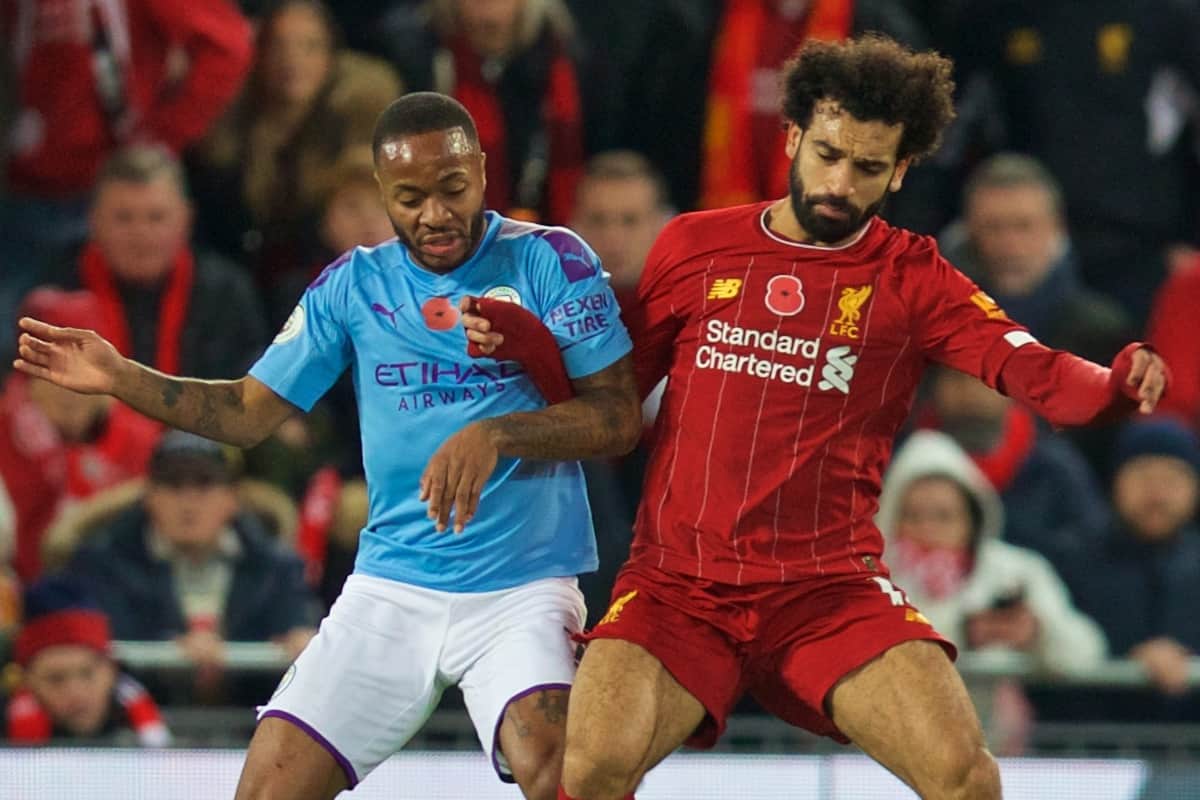 Jurgen Klopp believes the Merseyside derby is the prime example of how fans can be trusted to avoid stadiums, with hope the Man City game will be played at the Etihad.

The Reds are due to play City on July 2, with the potential title decider, between first and second, the only Premier League game with a venue still to be confirmed.

This remains due to concerns over fans attending the Etihad despite the game being played behind closed doors, which would be in defiance of good faith upon the Premier League‘s restart.

Speaking ahead of the Reds’ clash with Crystal Palace on Wednesday night, Klopp was questioned on the possibility of the City game being played at a neutral venue.

He expressed his desire to play at the Etihad, largely due to the logistical issues in planning travel and accommodation for a game that, despite being played in nine days’ time, still has no venue or even city confirmed—which could be determined on Thursday.

“I would prefer that it’s in Manchester, otherwise it would be really difficult to organise it,” he explained.

“I don’t know exactly how it will be, but it will not be in Liverpool, which means we have to go somewhere where we both need a hotel, probably.

“We don’t know how to organise it, that’s a little bit of an issue. But apart from that, we play where people send us. We have no influence on that.

“I would prefer that it’s in Manchester, obviously, but I don’t know about the process exactly.

“I’ll wait until it’s confirmed that it’s in Manchester or not, and if not, where it will be.

“But as I said, it would be a challenge for both clubs now.”

After initial fears from authorities over Liverpool’s return game at Everton on Sunday night, no supporters congregated around Goodison Park, with Merseyside Police praising fans of both clubs for “coming together” in staying away.

For Klopp, this is a “good example” of why the clash with City can and should be held in Manchester, particularly due to the infrastructure around the Etihad.

“Maybe I don’t know enough about the history of English football that I could be concerned about the City game against us,” he continued.

“The City stadium is pretty well-located to close it down, if somebody would be there it would not be close to the stadium.

“But I don’t see that, the whole period which we are in showed that the massive majority of people really behaved responsibly and serious, and took the situation how it is.

“The discipline level is probably higher than ever before, so I was not worried about that.

“I know football fans since I’m five years old, and 98 percent of them are completely fine and have the same view on life as I have and love similar things that I do.

“In this moment in time I was not worried about that, but maybe I don’t know enough about it. I hope that we can do it there.