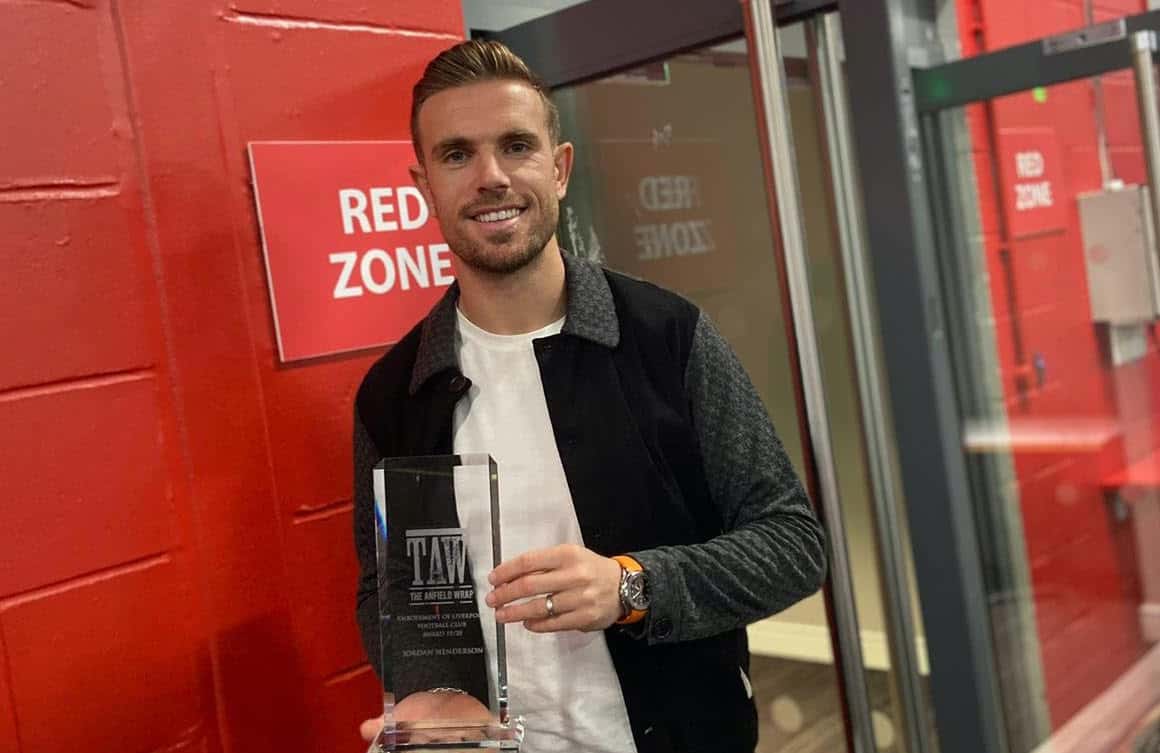 On a night where Jordan Henderson is to lift the Premier League trophy, he has also been commemorated with the Embodiment Of Liverpool FC Award by supporters.

The award is one which looks to celebrate a Liverpool player who most embodies the values of the club, and Reds across the world have handed the honour to the captain.

It has been a season to remember for Henderson both personally and as part of the team, with arguably his career-best form coinciding with the club’s first league title in 30 years.

A knee injury sustained at Brighton ended his campaign prematurely, but his influence has been one which has seen him rightly earmarked for the Premier League‘s Player of the Year.

But The Anfield Wrap and their followers have bestowed his first individual end of the season honour with the Embodiment Of Liverpool FC Award.

It recognises his tenacity, hunger to succeed and the mentality which has seen him defy critics time and time again to lead his team to World, European and English titles.

Gareth Roberts of TAW said: “We set up The Embodiment Of Liverpool FC Award last year to award the player that supporters believe best displays the attributes we love to see from representatives of our club and city. Last year, Andrew Robertson won the award but this year Jordan has run away with it, and rightly so.”

“Jordan is an example on and off the pitch and, just like this team under Jurgen Klopp, he has turned the doubters into believers.”

Prior to his injury, Henderson had made 40 appearances across all competitions with four goals and five assists to his name, and when presented with the award, Henderson said: “It really means a lot, especially with it being the embodiment of Liverpool Football Club.

“Thank you to everyone, I really appreciate it.”