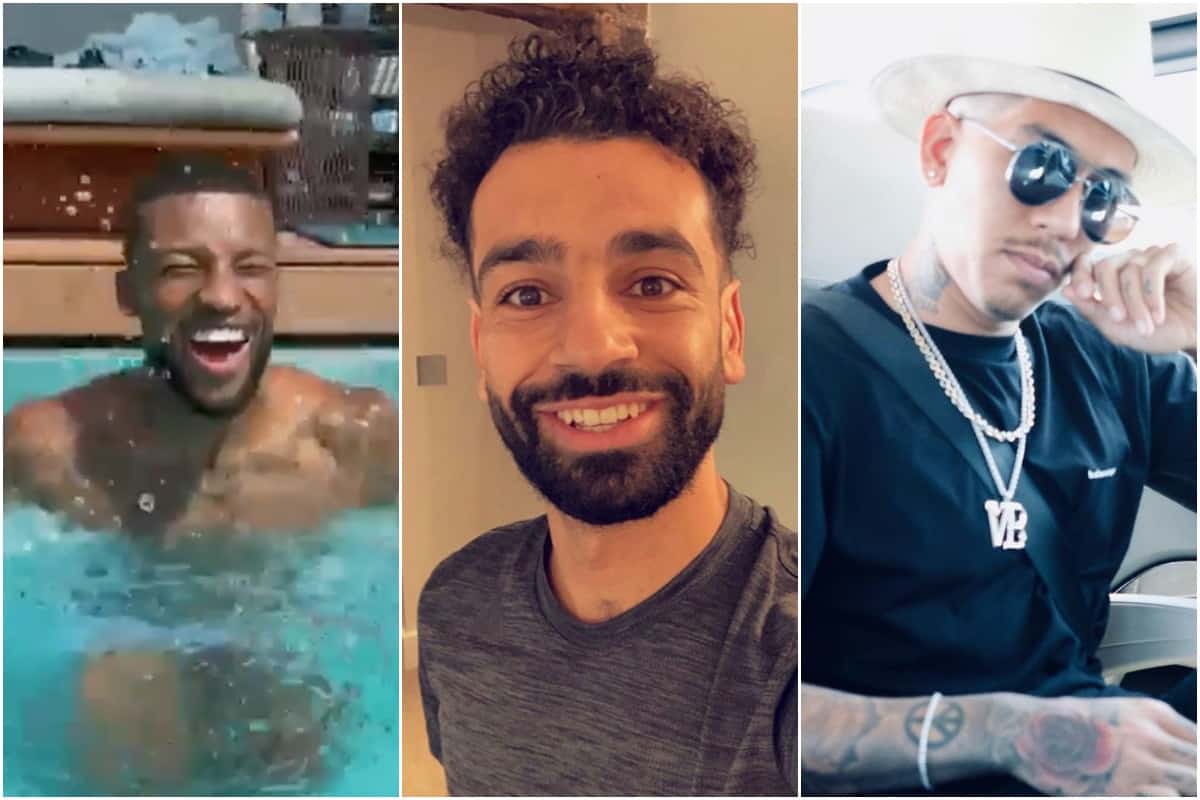 Mohamed Salah invited attention from his Liverpool teammates as he showed off his new trim as the Reds put their feet up at the start of a well-deserved break.

It’s summer holiday time for Liverpool’s champions as they look to rest and relax following a gruelling 2019/20 season which saw them play 57 games in seven different competitions and across two different continents.

A shorter turnaround than usual is to see Jurgen Klopp‘s men return to pre-season training in mid-August ahead of the Community Shield clash on August 29, two weeks before the Premier League season restarts.

And while extra caution is required as the players venture off on their travels amid the pandemic, the players are already putting their feet up and seeking new sights and, in Salah’s case, a new hairdo.

The winger and his afro have been associated with another for a considerable number of years but no more, as a shaved look at the back and sides have been opted for.

Upon his post displaying his new look, fan comments pertaining to a radical change following the exit of his best-mate Dejan Lovren or simply for aerodynamics came to the fore.

But for his Liverpool teammates, it was a mix of relief, humour and compliments, with Alisson leading the way with a “Finally” comment, while Alex Oxlade-Chamberlain felt there was a little bit of copying going on. 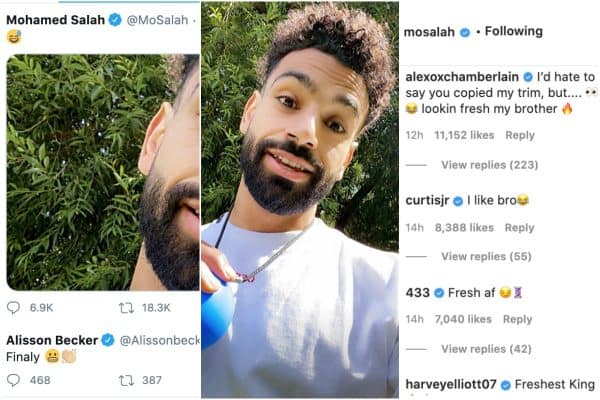 Away from the barbers, however, Liverpool players showed off their pursuit of the sun and a tranquil spot to relax, with Xherdan Shaqiri‘s one of the most enviable as he returned to his native Switzerland:

There were some model-like poses to boot, with youngster Sepp van den Berg taking in Liverpool while Naby Keita and Roberto Firmino jetted off elsewhere with family and friends:

A champions welcome met Adrian upon his return to his native Seville, meeting the president of the region with his Premier League champion shirt and medal in tow:

And, as ever, Gini Wijnaldum continues to entertain across his social media platforms when away from the club as he took to the pool for an interesting “water fight”:

With limited downtime before focus shifts back onto attacking the next title, it’s nice to see the players take time to relax while they can.

Any destination they choose must first be cleared by the club and they must all be prepared to make immediate changes should that country see a spike in coronavirus cases.

Upon their return to training, they will report to Melwood instead of the new training facility at Kirkby as the space is already adapted to social distancing measures, where a final decision on a potential move will be made by the end of the summer.