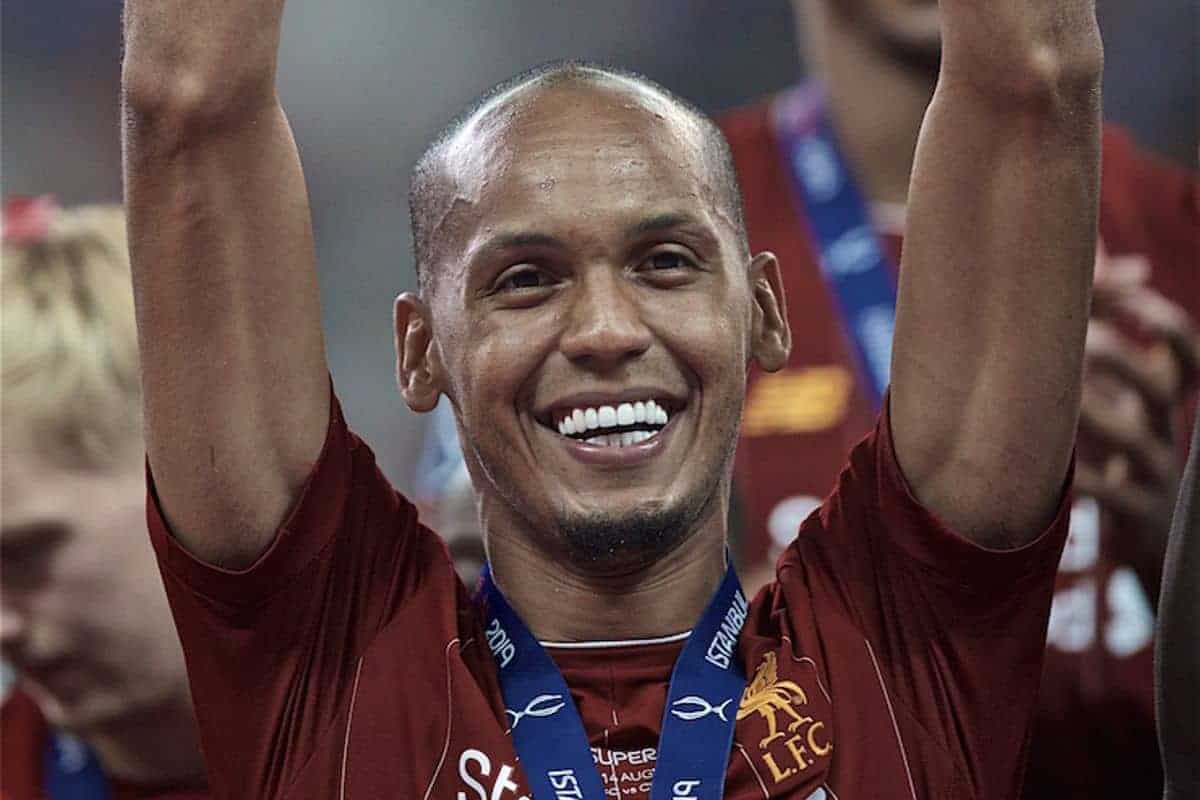 Fabinho has cemented himself as a key cog in Jurgen Klopp‘s side, but how well do you know his career both before and at Liverpool?

The Brazilian has helped transform the Reds from challengers to champions since his arrival in the summer of 2018 in a £39 million deal.

Stepping into the deep-lying midfield role, Fabinho has been a revelation with his all-round game and has not gone a season without lifting a piece of silverware in the air since landing at Anfield.

Liverpool’s No. 3 combines his no-nonsense defensive approach, with vision, creativity and a lethal shot from distance, traits which have propelled the Reds to greater heights.

But how well do you know his career, both with Liverpool and that which came before?

10 questions on Liverpool’s No. 3 and his career!