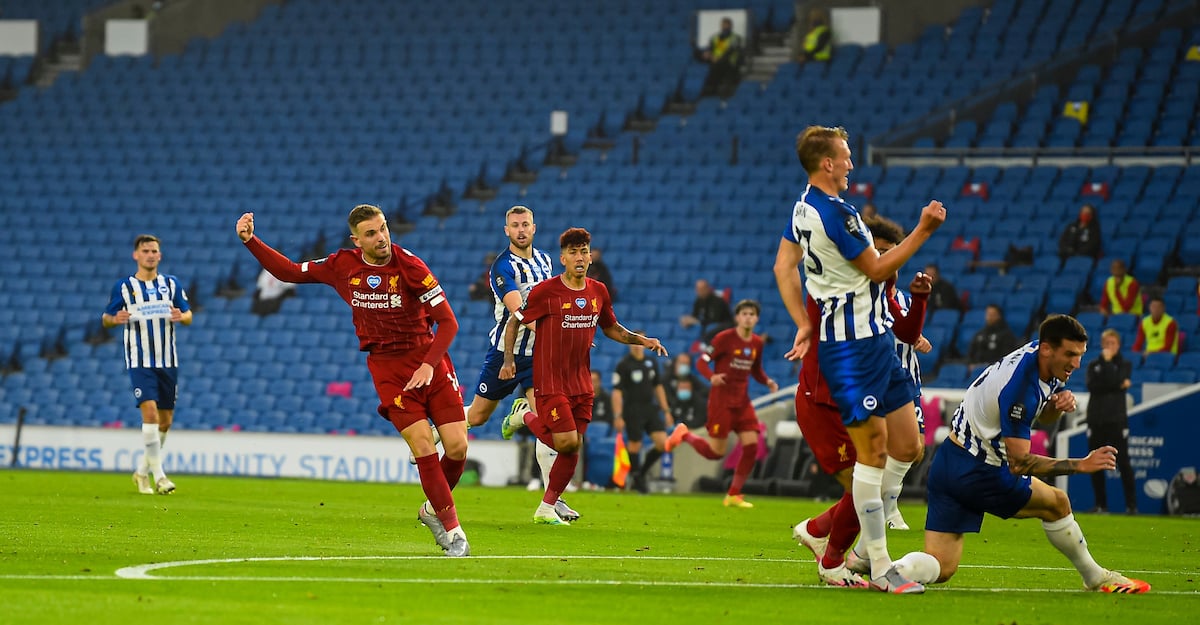 Liverpool secured their 30th win of the Premier League season at Brighton thanks to Jordan Henderson and a double from Mohamed Salah.

Jurgen Klopp shuffled his pack once more as the Reds contend with a congested fixture list, where one of the four changes saw Neco Williams handed his first Premier League game at left-back.

The trip provided an opportunity to end a torrid away run which returned zero goals and four defeats in their last five on the road, and it was one which ended in emphatic fashion.

A brilliantly timed press from Naby Keita set Mohamed Salah up for the first of the evening before another pressure act merely minutes later sent Jordan Henderson on his way to finding the net on his 350th career league outing.

Unlike the drab affair which was Aston Villa, Liverpool’s intent was made clear from the off, with Keita leading the charge from the middle.

The hosts pulled one back on the cusp of half-time, however, in impressive fashion through Leandro Trossard.

The second 45 would offer a similarly open game as the first, where the boss would call upon his senior contingent once again from the bench.

Liverpool’s defence offered chances to the Seagulls throughout, but it the Egyptian king would restore the two-goal buffer to seal the result after tucking away a deft header at the near post in a perfectly executed set-piece.

Chances for a hat-trick would come his way before the final whistle blew but it was not to be, but he will not be ruling himself out of the Golden Boot race just yet with Jamie Vardy sitting only three goals ahead.

The result sees the Reds record a 30th league win in the fastest time in English football history and the push to 100 points continues with 92 points now on the board with four games remaining.