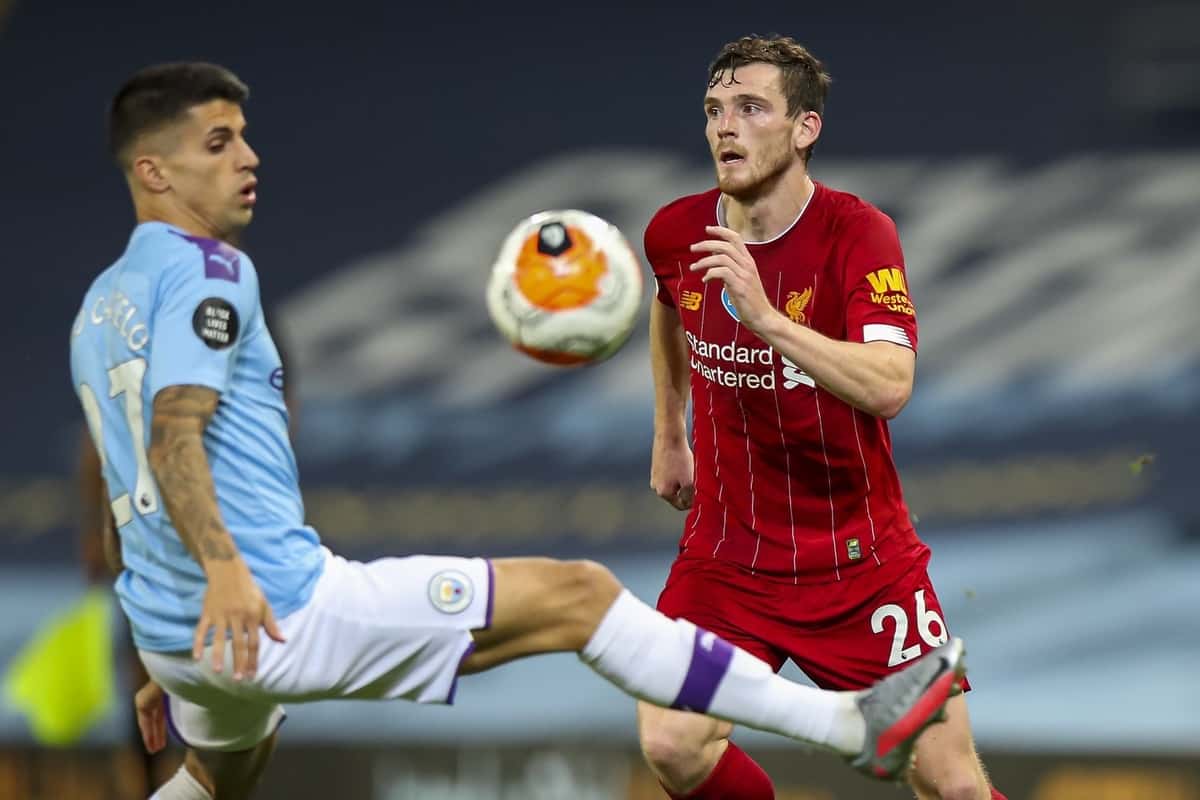 Liverpool suffered their heaviest defeat of the season – and only their second – as they went down 4-0 at Man City on Thursday night.

The night began with a guard of honour and ended with a mix of sheepish grins and furrowed brows.

Liverpool had early chances through both Mohamed Salah and Sadio Mane, and the Egyptian came closest to opening the scoring with a low strike against the post.

At the other end Raheem Sterling turned Joe Gomez, though, with the defender pulling down his England team-mate and conceding a penalty – which Kevin De Bruyne netted.

Phil Foden then teed up Raheem Sterling for a second just after the half-hour mark, after Ederson had to race out of his box and clear – including an inadvertent use of the arm.

It wasn’t looking great at all by the break, as Foden and De Bruyne linked up for the Englishman to score the third.

The Reds made a change at the break and sub Alex Oxlade-Chamberlain did score, but unfortunately that was at the wrong end to slide in City’s fourth in trying to block a Sterling shot.

Positives came in the form of Neco Williams getting another run-out, Fabinho easily slotting into centre-back, Salah’s overall performance and the full-time whistle.

Far from the Reds’ best night this season, but given that it came at the end of their best week in 30 years, it feels like a fair trade-off.

More of a hungover footnote to this season than a firing of intent for next year, and as long as the performance level returns against Aston Villa and beyond, Jurgen Klopp won’t be too angry for too long at the final score.