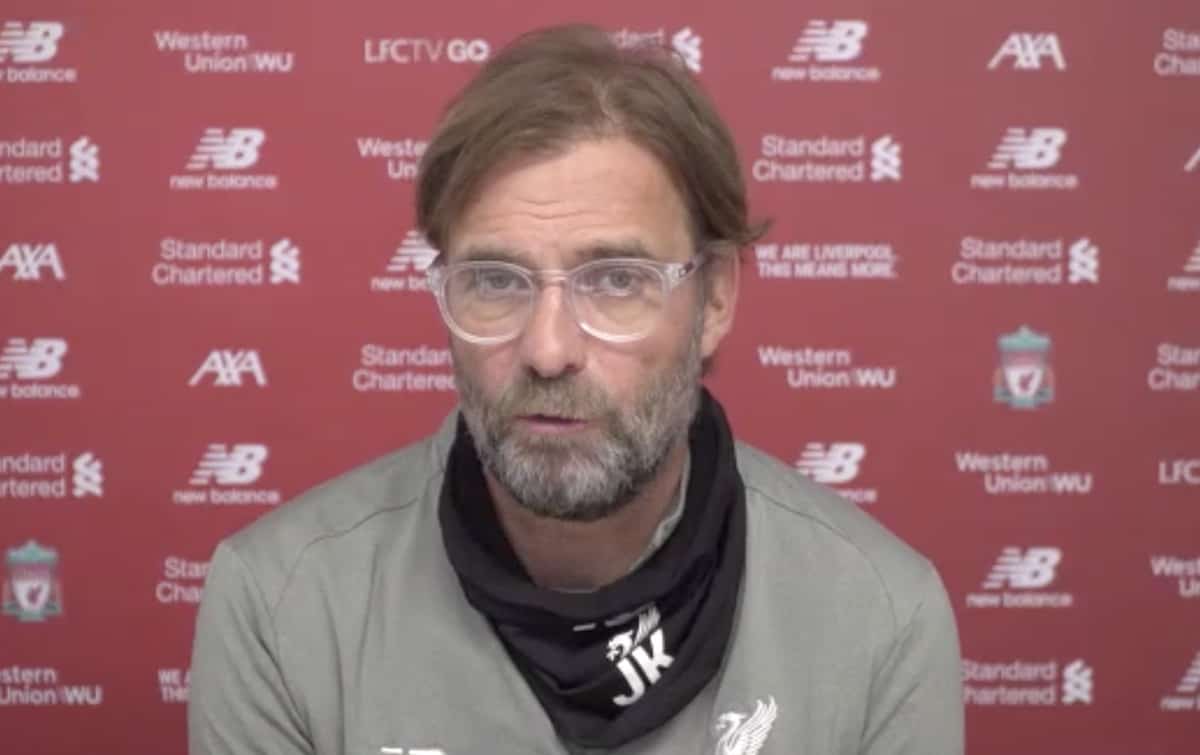 Liverpool won’t be ringing the changes and playing the kids just because the title is won, Jurgen Klopp told reporters in his pre-match press conference ahead of Aston Villa‘s trip to Anfield.

The boss fielded questions on his preparations for the game, his thoughts on the first time these sides met and what lay ahead for the rest of the 2019/20 season as he held his press conference via Zoom.

Villa visit Anfield on Sunday, the first time the Reds will be at home since winning the league, but the visitors will not be making it an easygoing party for Klopp’s team as they fight to avoid relegation.

The boss made it clear he has been focusing on “solutions” and changing the downbeat nature of the Reds’ loss at Man City, with a quick turnaround between matches.

Klopp told reporters he knows it won’t be easy, especially after the late, late win over the same opponents earlier in the season who were themselves within three minutes of the three points.

“If Villa have possession they make the pitch big, play diagonals, use speed, they are good. But usually in games vs. the top six they don’t have 50 per cent, more like 35 per cent of the ball. for the majority of the time.

“Hopefully we have the ball and then we have to find solutions.” 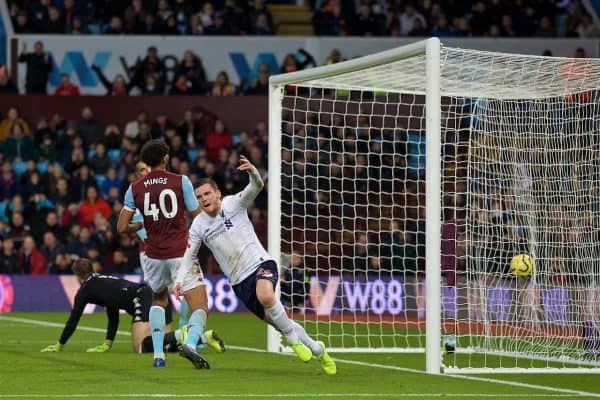 There has been talk of some of the younger players coming into the team for experience now that the title is sewn up, but the boss made it clear they’ll have to earn the right to play as usual.

The boss went to some lengths to point out he wouldn’t give out game time “like sweets” and that the team would be picked to win the game.

“We want to play football and the young boys, they are so close…but they will not play now just because I want to see them in a Premier League game.

“I will not give them these games as a Christmas present.”

Klopp made it abundantly clear that the only plan right now is to go out and win this game—then do exactly the same in the next, just as it has been all season.