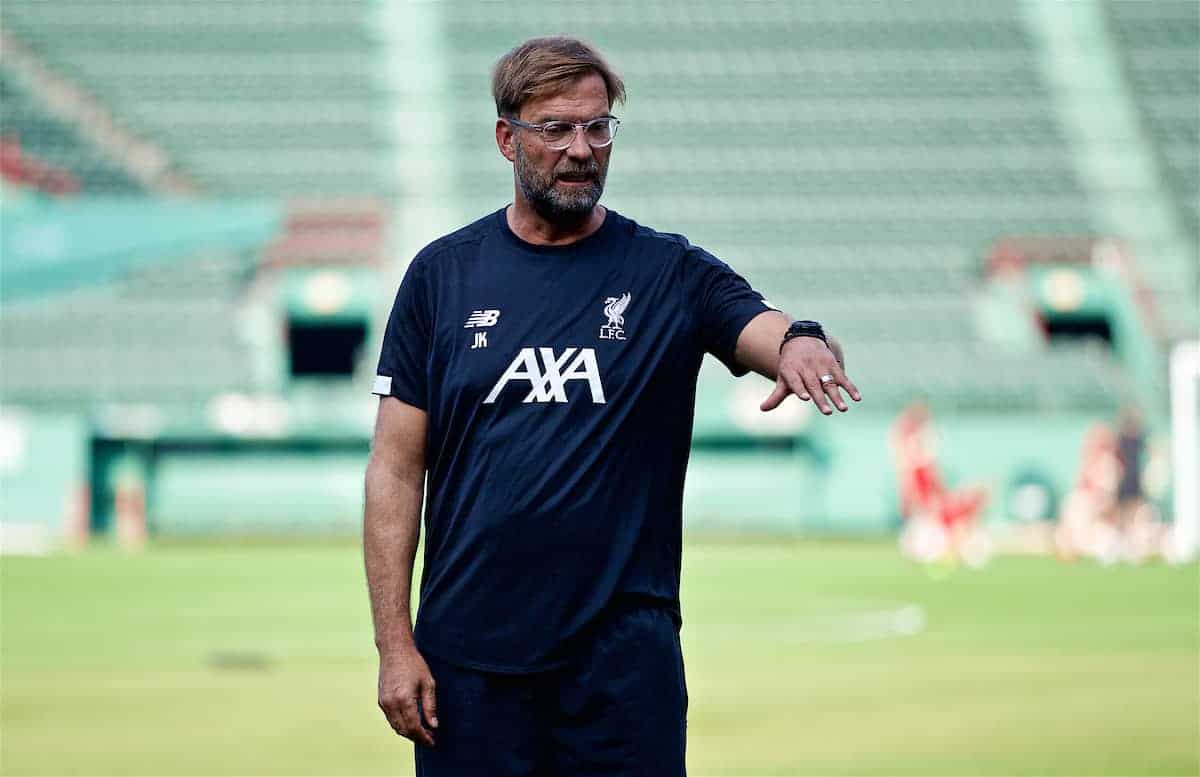 Liverpool are no longer set to report for pre-season training in Evian on Saturday, due to changes to UK quarantine rules, and they will now head to Austria instead.

The prime minister announced on Thursday night that France had been added to the list of countries requiring a 14-day quarantine on return to the UK, due to the risk of coronavirus.

With the Reds planning to take in their usual training camp in Evian, in France, beginning this weekend, this was a blow to Jurgen Klopp‘s preparations.

But they are now expected to travel to Austria for fitness work instead, with Salzburg publication Kronen Zeitung reporting that Liverpool will spend 10 days in Saalfelden.

A town of around 16,000, Saalfelden is just over an hour from Salzburg, where the Reds played one of their Champions League group games last season.

Klopp and his squad are expected to stay in a four-star resort in the Austrian mountains, with the training camp freeing them of usual media obligations and allowing them to focus on work.

Liverpool could also take on Salzburg in a warmup friendly while in Saalfelden, as they prepare for the first game of the season, which comes in the Community Shield on August 29.

Cases of coronavirus are relatively low in Austria, with just over 20,000 reported so far, which reduces the risk of the Reds being required to quarantine on their return to the UK.

If they did, that would disrupt a delicately balanced and relentlessly busy schedule for 2020/21, with the Premier League due to kick off on September 12, following the first international break of the campaign.

The first team have been given the option of travelling separately to Saalfelden or meeting at Melwood first before flying as a squad, according to the Evening Standard‘s David Lynch.