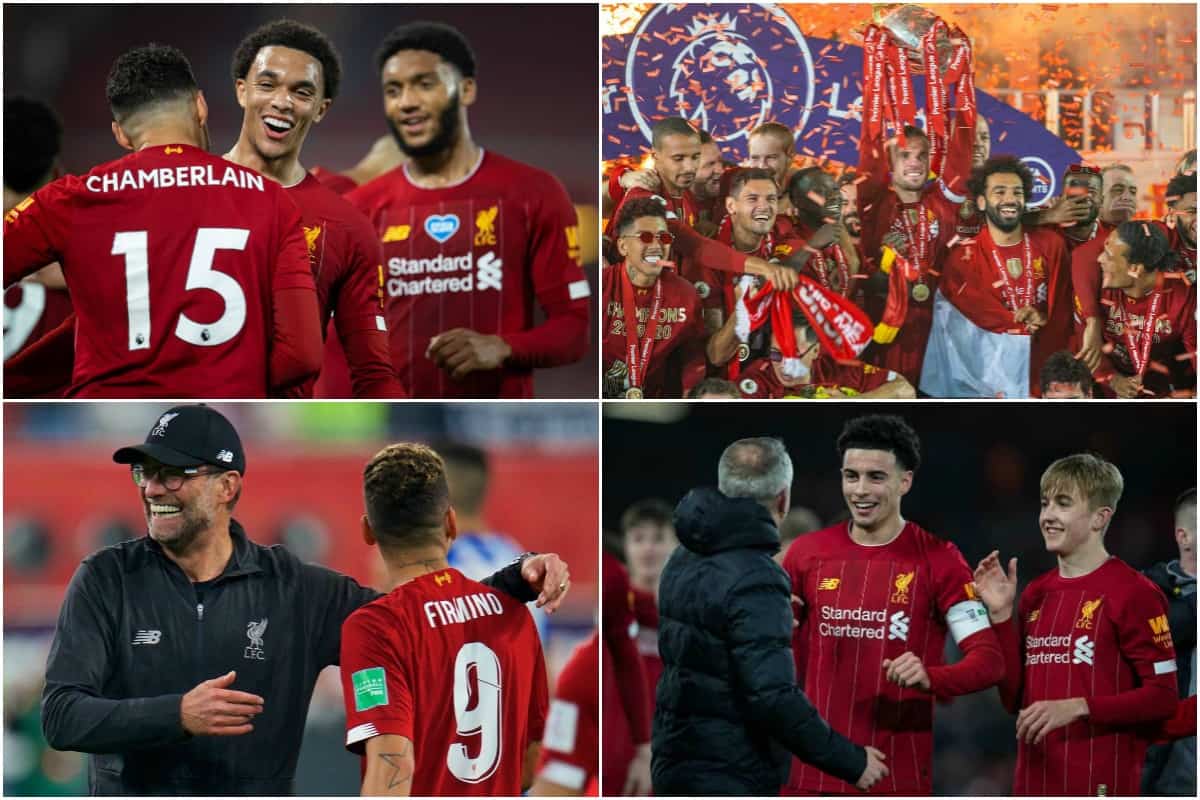 Liverpool’s 2019/20 was one for the history books, with the Premier League title landing at Anfield as one of three trophies. But how well do you know the numbers behind the campaign?

The Reds’ season was one to truly marvel, with Jurgen Klopp‘s men consistently getting the job done by any means necessary, from thumpings to comebacks and grinding out results.

Having set an unassailable lead at the summit, Liverpool’s long-awaited dream of lifting the league title came to fruition when their status as the best team in England was confirmed with seven games remaining.

It came to be thanks to the efforts of Klopp’s side, who also battled across five other competitions which returned another two trophies.

And with the 2019/20 season now complete, it is time to test your knowledge on some of the numbers behind the campaign with 15 head-to-head questions.

Each accounts for statistics across all competitions unless otherwise stated. So, what are you waiting for?