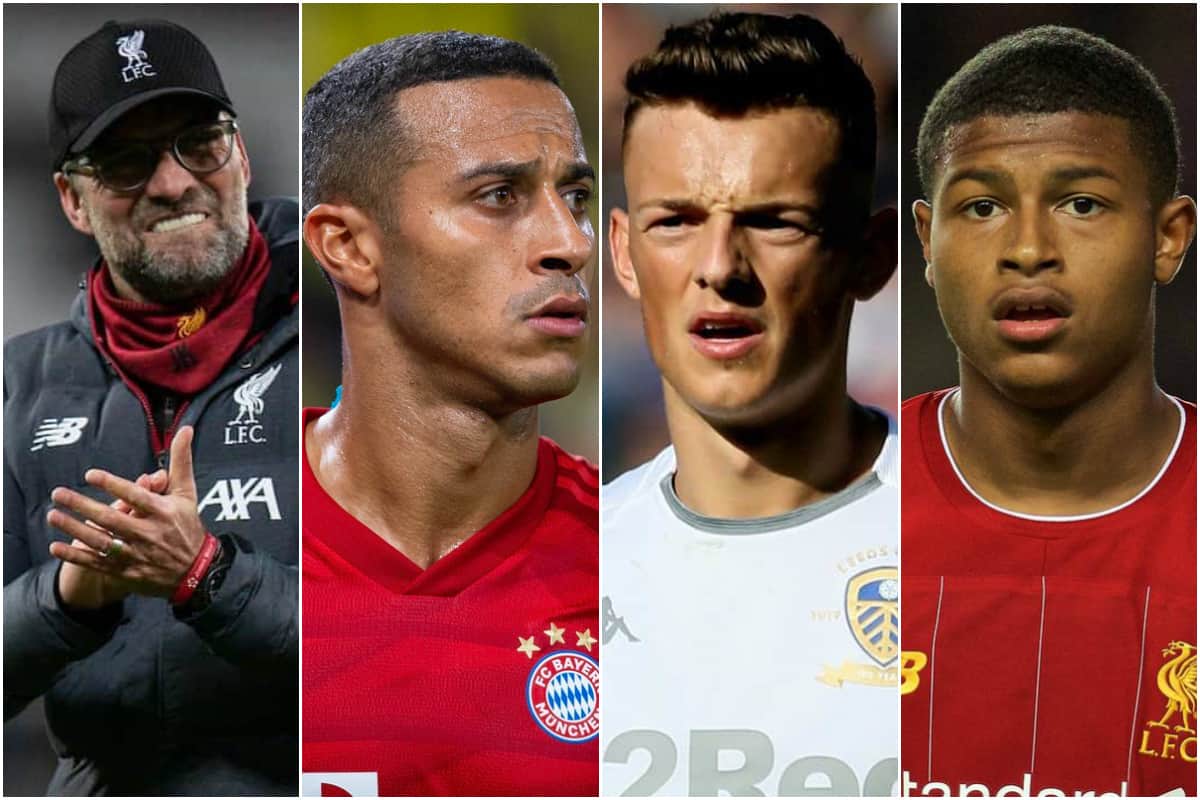 Liverpool have already made one signing this summer, Greek left-back Kostas Tsimikas, but their remaining plans could be influenced by the ‘homegrown’ rule.

The Reds handed debuts to 21 academy players last season, but less than half of those are expected to stay as part of Jurgen Klopp‘s first-team squad in 2020/21.

Neco Williams and Harvey Elliott are the most likely to become regular fixtures next season, joining Curtis Jones who debuted the previous campaign, while Caoimhin Kelleher, Ki-Jana Hoever, Sepp van den Berg and Rhian Brewster should also be involved.

But following the arrival of Tsimikas from Olympiakos, the club are still expected to make further signings, despite their insistence that they could have little to spend in the transfer market.

Various targets have already been reported, but when Klopp, Michael Edwards and the recruitment staff weigh up their candidates, a key ruling will be at the forefront of their consideration.

The Premier League‘s existing squad rules require at least eight players from a 25-man squad to be classed as ‘homegrown’, which means they must have been with an English club for three years or more by the time he is 21.

When registering a 25-man squad for the Champions League, there must be a quota of at least four ‘club-trained’ players, too, which is along the same lines but requires three years or more at their current club before they turn 21.

Both rules follow the same distinction of ‘seasons’ rather than ‘years’, however, with Joe Gomez therefore classing as ‘homegrown’ and ‘club-trained’ despite being with Liverpool for just under three years when he celebrated his 21st birthday near the end of 2017/18.

If a club cannot fulfil these quotas, the squad size is decreased by the number of open slots for ‘homegrown’ and ‘club-trained’ players.

However, players under the age of 21 do not need to be registered in order to play in the Premier League, nor do players born after January 1, 1999 for next season’s Champions League (so long as they have already been with the club for two consecutive years).

A useful rundown of the squad by Reddit user jyl555 highlights the notable players who are currently classed as ‘homegrown’ and ‘club-trained’. 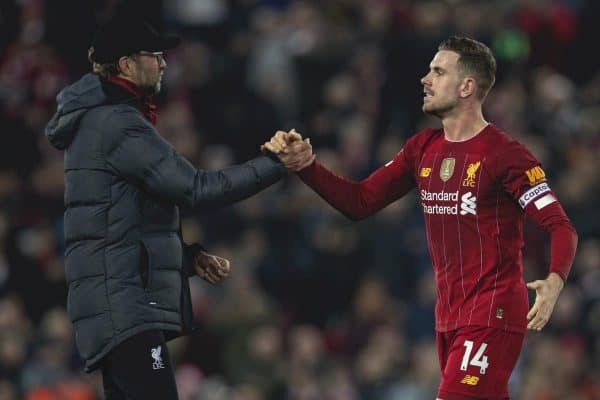 jyl555 also notes how Hoever will qualify as ‘homegrown’ and ‘club-trained’ if he stays with Liverpool until 2021, while the same would be the case for Van den Berg in 2022.

The Reds have parted ways with four ‘homegrown’ players registered in last season’s squad already this summer, with the release of Adam Lallana, Nathaniel Clyne, Andy Lonergan and Isaac Christie-Davies.

Trent Alexander-Arnold will now take one of their places, as could one of Kelleher or Kamil Grabara, and it is possible one or both of Jones and Williams do too, as Liverpool look to fill the eight slots required.

But more interestingly, this could also influence their decisions in the transfer market, both this summer and beyond.

Brewster qualifying as ‘homegrown’ and ‘club-trained’ could sway Klopp’s thinking when it comes to adding him to the squad for 2020/21, as it could with Harry Wilson if no reasonable offers emerge for the winger.

In terms of incomings, it could be that, as like Tsimikas and Dejan Lovren, non-‘homegrown’ signings may need to be catered for with an overseas player leaving; Xherdan Shaqiri out, Thiago Alcantara in, for example.

The departure of Pedro Chirivella to Nantes did, however, already free up another non-‘homegrown’ slot, which gives the Reds a little wiggle room.

When it comes to replacing Lovren at centre-back, this may also affect the recruitment process as Liverpool weigh up offers for the likes of Aissa Mandi, Ozan Kabak and Ben White.

Mandi—at 28—would need to be registered, taking up a crucial slot, but Kabak—who won’t turn 21 until next March—would not, while White would class as ‘homegrown’, solving a potential conundrum in the future.

It is a delicate balance to consider as clubs build their squads for the new campaign, and it may be why the Reds are being as measured as they are in the market so far.

Klopp does, after all, always favour promoting youth first, when possible.

But with the games coming thick and fast in 2020/21, with few opportunities to rest, Liverpool could need to invest further to compete in both the Premier League and Champions League—and the ‘homegrown’ rule will need to be adhered to.