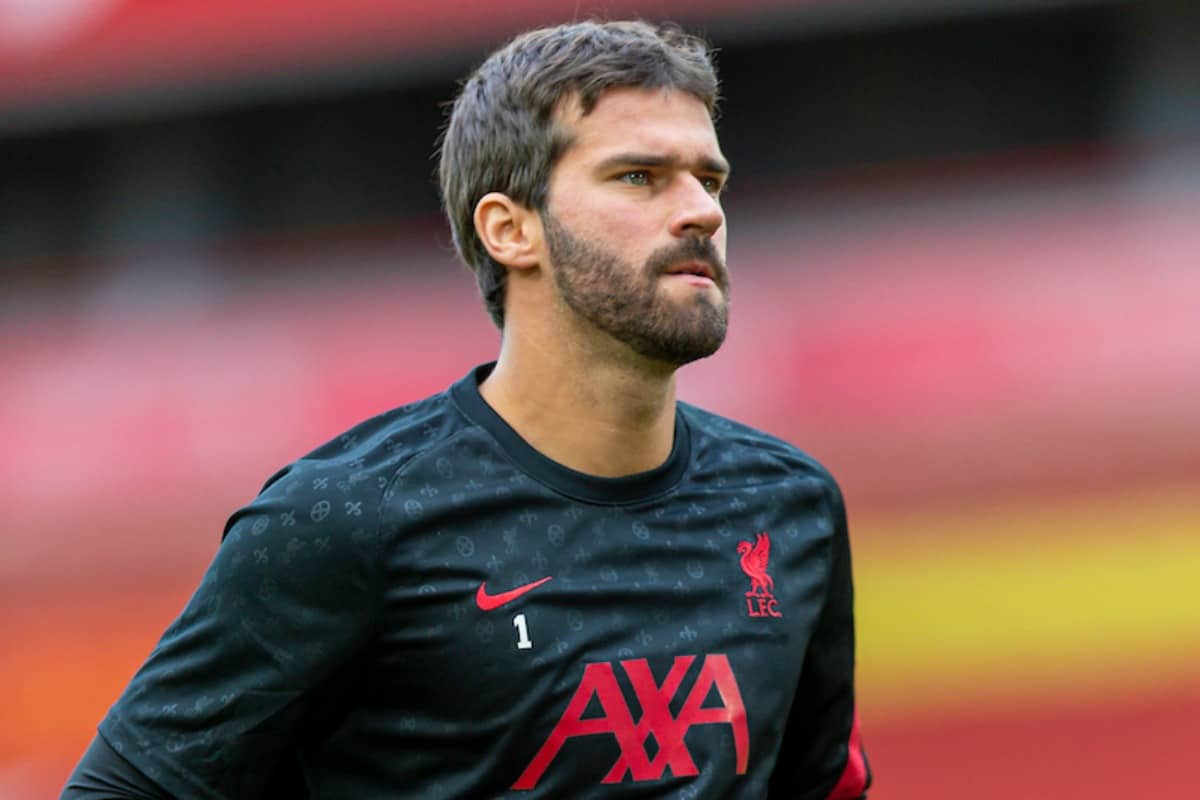 Liverpool return to Anfield to face off against Arsenal tonight, where Jurgen Klopp has restored a host of familiar faces – with Alisson fit to start.

After clinching a win to progress in the League Cup, it is swiftly back to Premier League action for the Reds as they host an Arsenal side who also have two early top-flight wins to their name.

The boss had a number of injury concerns arise throughout the week since Liverpool toppled Chelsea at Stamford Bridge, but Alisson has passed a late fitness test to feature.

Thiago misses out completely, however, “due to a minor fitness issue” along with Jordan Henderson, who is out with a thigh injury, meaning Virgil van Dijk will don the captain’s armband once more.

Having overcome his “mystery” injury, Alisson will sit behind the back line of Trent Alexander-Arnold, Joe Gomez, Virgil van Dijk and Andy Robertson – with Gomez returning after missing the Reds’ last two fixtures.

In midfield, Fabinho will return to the holding role and will be flanked by Gini Wijnaldum and Naby Keita.

And the attack remains in-tact from the win at Chelsea, as Mohamed Salah, Sadio Mane and Roberto Firmino all take to the field.

The latter of whom has the chance to overtake three ex-Reds, including Robbie Fowler, to become the most prolific Liverpool goalscorer against Arsenal – he needs two more goals to do so.

From the bench, Klopp will be able to call upon the likes of Takumi Minamino, Curtis Jones and Diogo Jota as the Reds look to make it 61 league games unbeaten at Anfield. 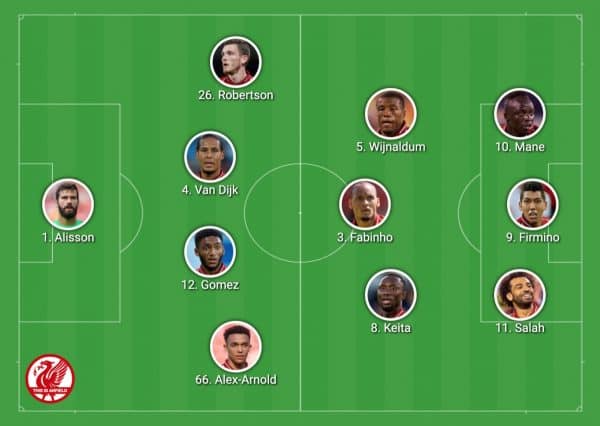