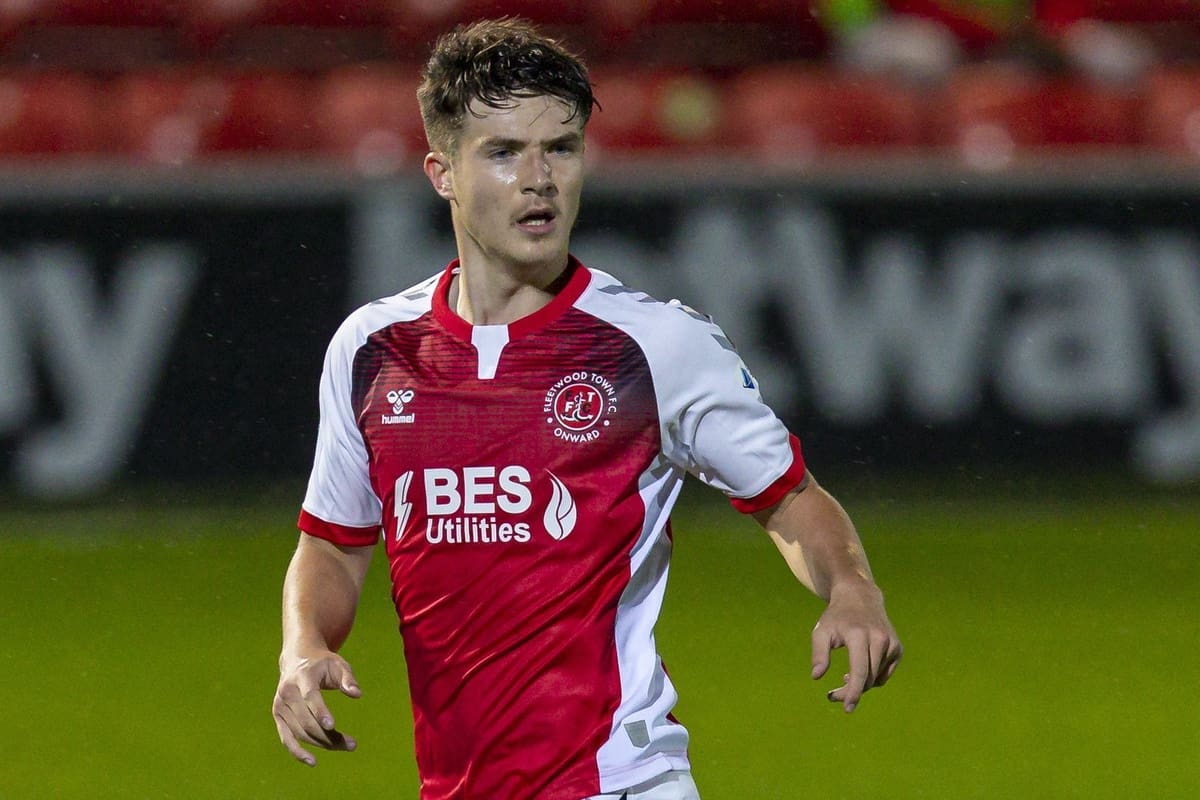 Liverpool centre-back Morgan Boyes made his senior debut on loan at Fleetwood Town on Wednesday night, and it came in a 5-2 loss to Everton in the League Cup, no less.

Boyes has been a staple of the Reds’ academy ranks since under-11 level, and after signing a new contract with the club in January, joined Fleetwood on a season-long loan in August.

International duty with the Wales under-21s initially hampered his start under Joey Barton, and after missing the League Cup first round win over Wigan, was on the bench for clashes with Burton, Port Vale and Peterborough.

Barton turned to the 19-year-old for the visit of Everton in the third round of the League Cup, however, with Boyes taking ex-Liverpool youngster Mark Duffy’s place in the side as the only change.

He initially lined up on the left-hand side of a back three, but shifted into a more typical centre-back role in a four-man defence as Duffy replaced the ineffective Sam Stubbs at half-time.

The teenager saw plenty of the ball, with midfielder Glenn Whelan (57) recording more touches than Boyes (51) over the 90 minutes for Fleetwood, but his passing was slack, with Danny Andrew (63.6%) the only outfielder to complete fewer passes than his 67.6 percent.

It was largely a backs-to-the-wall game for Fleetwood, seeing just 30.2 percent of the overall possession, but by the hour mark they looked like causing a potential upset.

Both of Fleetwood’s goals came due to their persistence and the ineptitude of Jordan Pickford, who allowed himself to be closed down by two players on his line for their first and then palmed an overhead kick over the line for their second.

Unfortunately, Premier League quality shone through and Everton ended as 5-2 victors, with Bernard and Moise Kean also finding the back of the net in the second half.

The game will be a learning experience for Boyes, who made more clearances (nine) and blocked more shots (two) than any other player; these tough games should harden him as he eyes a long-term future in the top flight.

Next up for Fleetwood is a home clash with AFC Wimbledon back in League One, and Boyes will be hoping to keep his place in the side after his first taste of senior football at Highbury.