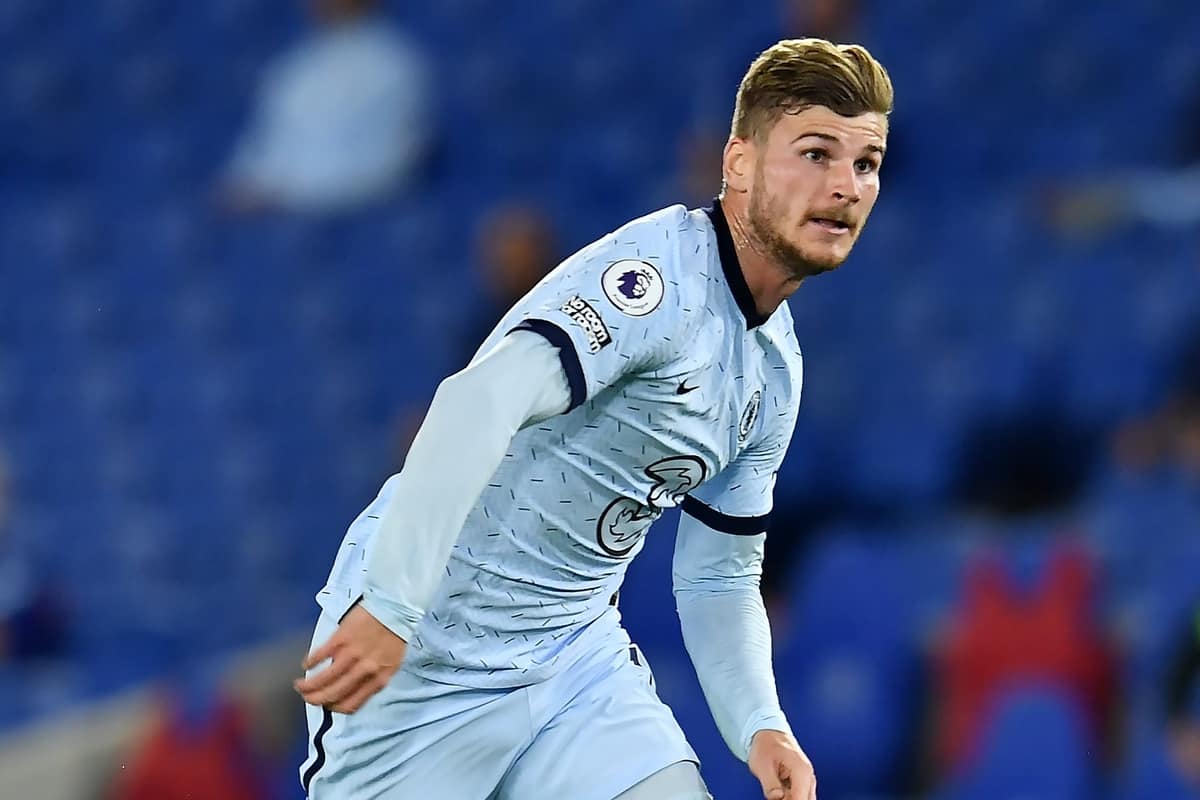 Timo Werner has insisted the knock he took on his Chelsea debut would not rule him out for Liverpool’s trip to west London, saying “for games like this, you’re always fit.”

Werner was on course for a move to Anfield this summer, only for the Reds to pull out of a proposed deal with RB Leipzig due to financial constraints.

The 24-year-old subsequently joined Chelsea for £48 million, as part of a heavy-spending summer that has also seen Kai Havertz, Hakim Ziyech, Ben Chilwell, Thiago Silva and Malang Sarr brought in so far.

Monday night saw him make his competitive debut, and the German won the penalty that opened the scoring as Chelsea went on to enjoy a 3-1 victory over Brighton.

In the process of being brought down by Mat Ryan, Werner took a blow to the knee, but played on for the full 90 minutes and after the game, Frank Lampard revealed he was hoping it was only a dead leg.

Werner himself, speaking to Sky Sports, looked ahead to Sunday’s clash at Stamford Bridge, and showed his desire to play big games by declaring himself fit, regardless of the ice pack he was wearing during the interview.

“The knee of the goalkeeper hit me directly in the muscle,” he explained.

“It was very hard, and for the rest of the game it hurt a lot, I couldn’t do some movements because the muscle hurt really bad.

When asked if he would be ready to face Liverpool, he said: “Of course. For games like this, you’re always fit.”

Werner’s fitness record was one of the best qualities when assessing him as a possible signing for Liverpool, with the striker rarely missing a game for Leipzig and regularly shaking off minor issues.

It is a mentality similar to that of Mohamed Salah, Sadio Mane and Roberto Firmino, and it would have perfectly complemented the current Reds attack, along with his obvious abilities in front of goal.

Now, though, Jurgen Klopp is forced to prepare for a clash against Werner, along with another player he has maintained an interest in, in Havertz.

Chelsea are likely to still be without Silva, Chilwell, Ziyech and Christian Pulisic through injury, and a porous defence at the Amex could hint at Liverpool’s way through against a side expected to join them in title contention.

Liverpool fans vote on futures of Ox, Keita and 3 others – with only 1 to stay