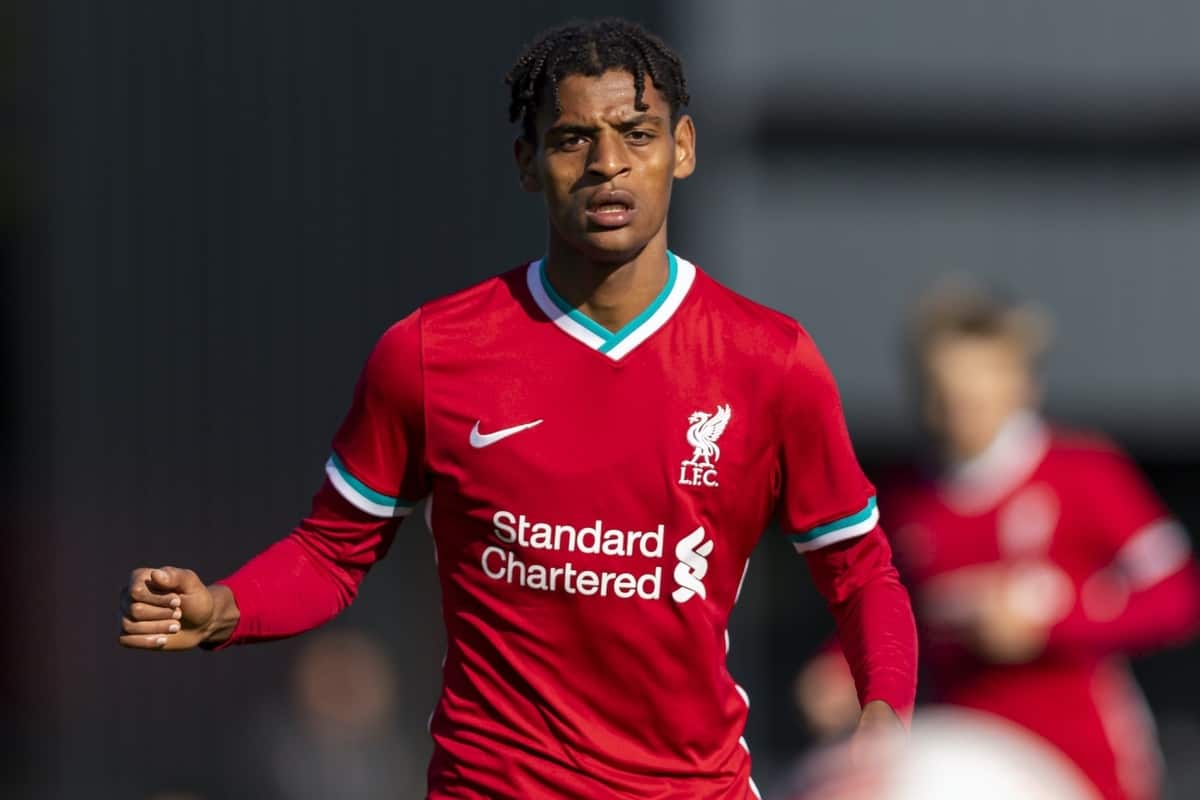 A thumping first-half performance saw Liverpool’s under-18s dispatch Everton to the tune of 4-0 in the mini-Merseyside derby on Saturday afternoon.

The young Reds continued their fine start to the season by notching their fourth league win from five games, to see them remain two points behind leaders Man City with a game in hand.

Marc Bridge-Wilkinson made four changes to his starting XI from the side who toppled Sunderland last time out as he welcomed back Tyler Morton, Lee Jonas and Luca Stephenson.

Liverpool had seen an effort slammed against the crossbar by James Balagizi in what was an early show of intent as by the time the clock had registered its 17th minute, the Reds were two goals up over their local rivals.

The first goal came the way of summer signing Melkamu Frauendorf in the 14th minute, with the 16-year-old’s turn and finish opening his account for the club after making the switch from Hoffenheim.

It was soon 2-0 to Bridge-Wilkinson’s side as within just two minutes the prolific Layton Stewart sent in a cross which took a deflection on its way to goal, which has seen the effort marked as an own goal by Reece Welch.

While the Blues would battle to get back into the game, it was all but over by the half time break as the returning Jonas volleyed home from Morton’s corner delivery before Max Woltman added the finishing touches to make it 4-0 in a remarkable first-half showing.

The second term would not prove as eventful as the first, but the young Reds were not without chances, with Stewart proving a continual threat in what has been another breakout season to date having scored eight goals in five games.

At the other end of the field, Jakub Ojrzynski proved instrumental in keep a clean sheet – the third of the under-18s’ season to date.

A home fixture is next on the agenda, with Newcastle, who have failed to win in their opening five games, making the trip to Kirkby as the young Reds look to continue piling the pressure at the top of the table.