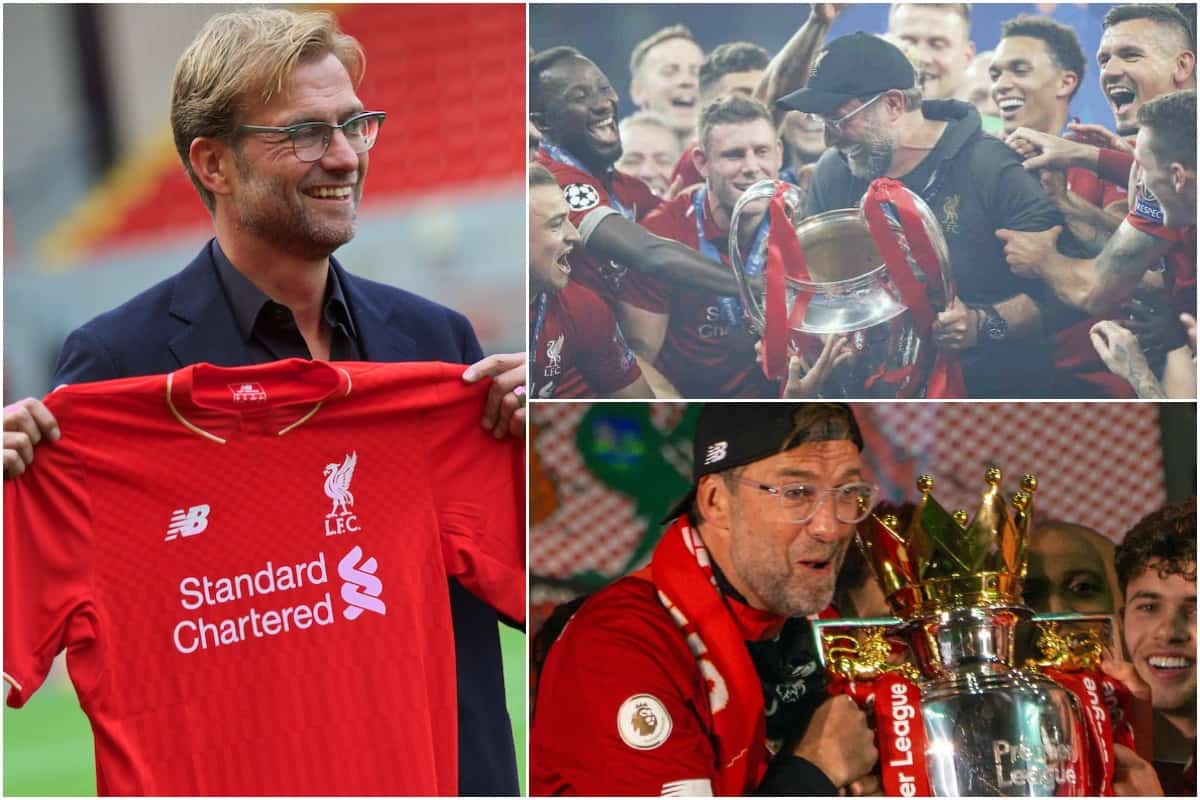 Jurgen Klopp has now been the manager of Liverpool FC for five incredible years, but how much of his time at the helm do you remember?

Everything changed once the German was appointed as the club’s new manager on October 8, 2015, a re-build was required but in the space of 1,827 days he restored the Reds back to their perch.

A European Cup, Super Cup, Club World Cup and Premier League title have been added to the trophy cabinet and a relentless machine built from the ground up to ensure the path to success has been plotted not just for the present, but for the future.

There have been countless memorable moments under the manager’s tutelage and no doubt many more to come with his contract running until 2024.

A transformational five years has flown by, but how well can you remember the journey?